Elliot Giles: I want to be more than just an Olympian 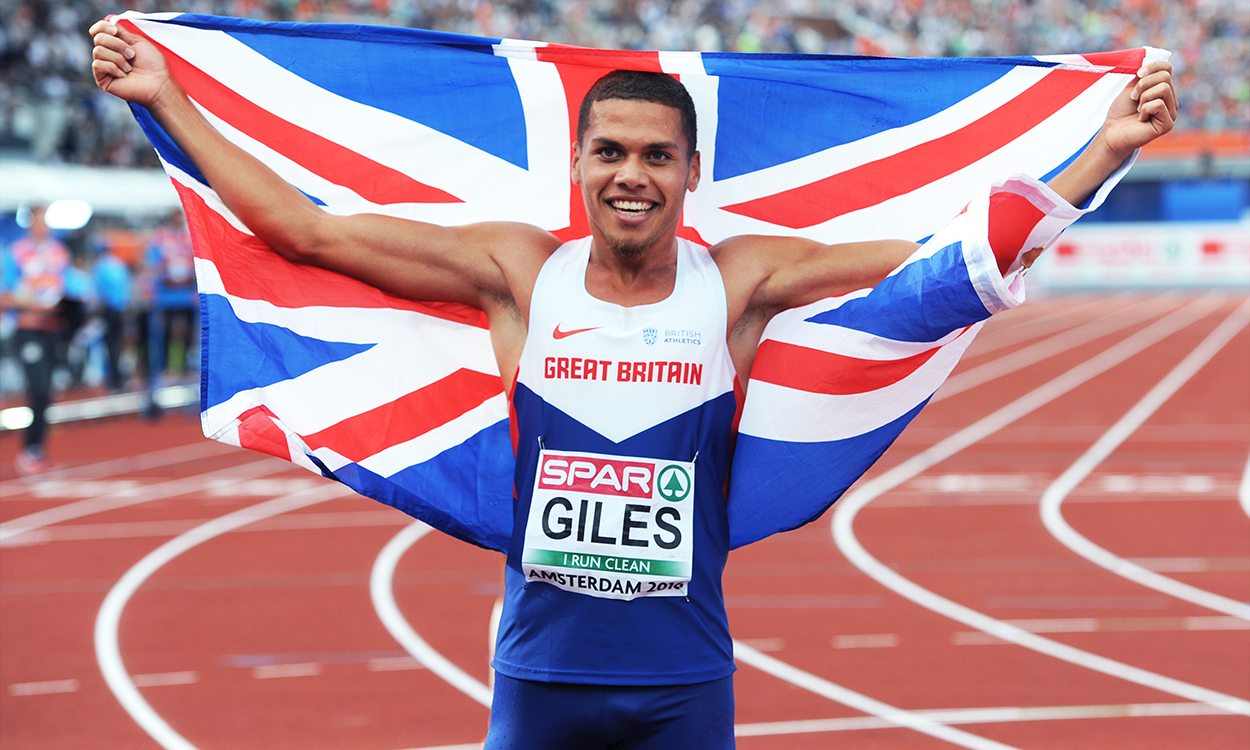 By Elliot Giles’ reckoning he wasn’t even a blip on British Athletics’ radar going into this year, let alone in the conversation for an Olympic spot. He’s come as an unfancied outsider but that doesn’t mean he’ll settle for less.

The 22-year-old has risen to prominence from seemingly nowhere in 2016. Emerging from years of injury which have battered his body into a state of perpetual fragility, Giles claimed a surprise win in the 800m at the British Championships earning himself his first GB senior vest at the European Championships, which snowballed yet further in Amsterdam into an Olympic qualifying time en route to a remarkable bronze medal in a world-class field.

The height of the middle-distance runner’s plight was in 2014 when he came off his motorbike in Birmingham city centre, waking the following day with severe spinal compression and minor brain damage among the litany of wounds suffered.

Giles is grateful for his progression and the work his team, led by coach and former British international Matt Yates, has dedicated to enabling him to reach a point which seemed virtually impossible just a handful of months ago but the Birchfield Harrier has no plans to let up.

He said: “I don’t want to just go there and say I’m an Olympian. I want to go out there and try to win my heat, win my semi, get to the final and see if I can try and win that too.”

The plan is clear, even if the exact route hasn’t always been so. Giles and Yates have had to develop an original training regimen revolving around hourly as opposed to daily alterations to counter the residual effects that training can have on a body only now starting to get used to regular running.

Not for five or six years has the European 800m bronze medallist been fortunate enough to have such an extended period without injury, and Giles’ storming 1:45.54 run where he beat world bronze medallist Amel Tuka and finalist Pierre-Ambroise Bosse out of the medal contention is indicative of how important this spell has been for him.

“I hadn’t really processed in my head that these guys are potential finalists in the Olympics because I just see them as other runners who are going out there to win. I think it’s just about trying to do what I’ve done in the Euros, stay strong and composed and don’t panic,” he added.

“They’re just fellow athletes who have been able to train consistently for years and years. They’re seasoned professionals and all incredible athletes. They’re no different from anybody else, if you can be consistent for that long then you should perform. If you’re talented there’s no reason why you shouldn’t medal at these champs.”

Unperturbed and feeling unthreatened by the presence of world medallists on the start line on his international debut Giles, exuding confidence in his own ability, was frustrated not to come away with the gold. Given how fast he finished, his annoyance may not seem too ridiculous.

Given the level he’s managed to reach in a short space of time both Giles and Yates are of the belief that he can pull off something “special” provided his body withstands the rigours of competition running for a second time.

“If I put the training together and I have a similar base to them I see no reason why they should beat me. I feel like I can beat anyone as long as I’m put in a similar situation,” he said.

“I’ve always had a bit of hardship. Whereas the other guys have six months training I had two weeks but now I’m in a similar boat and I feel like if I’m put in a race with them I can do that. Fortunately I was lucky to get an opportunity like the Euros.

“I don’t think you should be overwhelmed by these people. Other people could look at me like that or the next guy. They’re just normal people who you have to race against. You can’t be overwhelmed if you’re standing on the line with someone like David Rudisha because they’re human beings at the end of the day. And they’re the ones stopping you from doing what you should be able to do.”

Knowing he had given himself a fighter’s chance of selection after his European Championship performance, waiting for the call – which eventually came from Rob Denmark – was an “anxious and painstaking” time, filled with a meal out and visit to the cinema to pass the time and divert his attention.

“It was a horrible experience,” he reflected before Denmark revealed he was to be the bearer of good news. “At that point I was fully overwhelmed. I had that moment of realisation that I’m actually going to go to the Olympics. It’s the most pleasurable, anxious, emotional phone call I’ve ever had.”

Giles added: “It’s been one hell of a whirlwind. One hell of a rollercoaster and I think I’m on the top at the moment.”

Still on top and there’s no telling when he’ll come back down.