Eliud Kipchoge storms to victory in the London Marathon 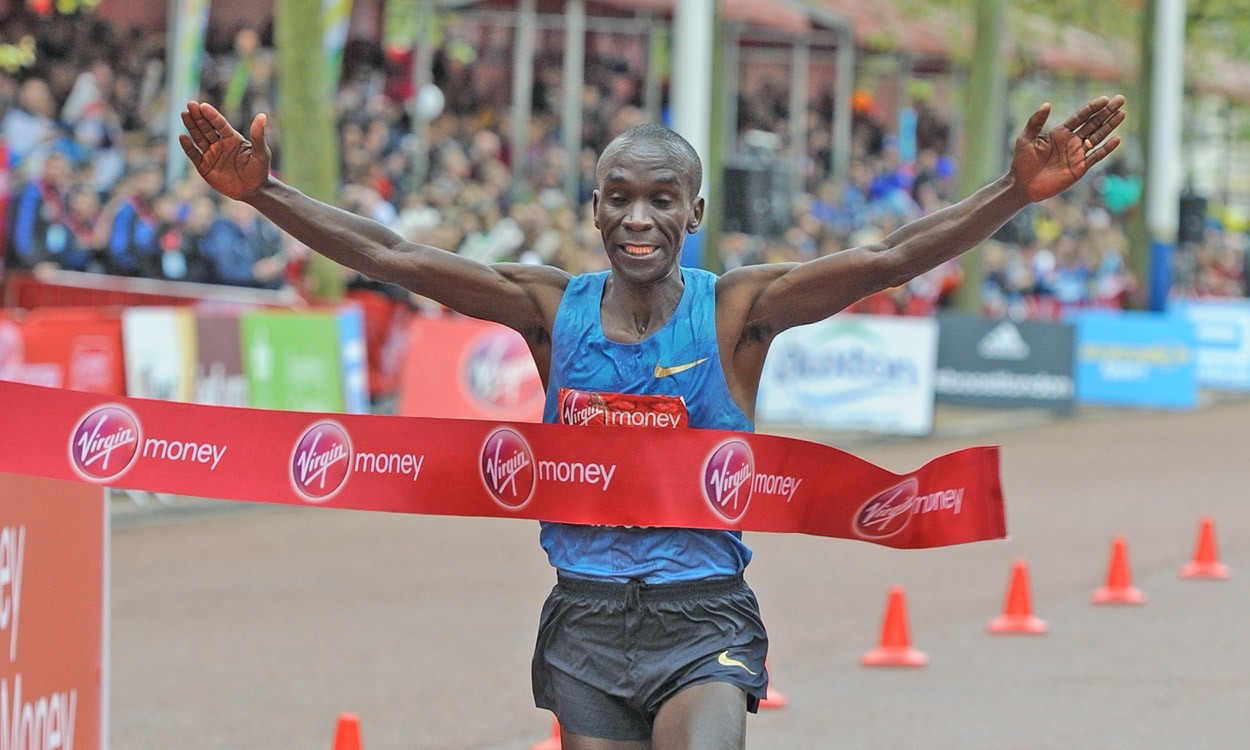 Back in 2003, Eliud Kipchoge outkicked world mile record-holder Hicham El Guerrouj and Olympic track legend Kenenisa Bekele to win the world 5000m title. Now, 12 years later, the 30-year-old has established himself as the world’s No.1 marathoner and he used his speed on the streets of London on Sunday to outpace fellow Kenyans Wilson Kipsang and Dennis Kimetto.

Kipsang, the reigning champion and course record-holder in London, and world record-holder Kimetto were the favourites, but Kipchoge cruised away in the final two kilometres to clock 2:04:42 with Kipsang five seconds behind and Kimetto a further minute adrift in third.

Yet given his credentials, Kipchoge was hardly a shock winner. Last autumn he was an impressive winner of the Chicago Marathon in 2:04:11, beating a field that included Bekele. It wasn’t the first time he had beaten the legendary Bekele either, because his big breakthrough came in 2003 when, aged only 18, he outkicked Bekele and Moroccan mile legend Hicham El Guerrouj to take the world 5000m title in a fast 12:52 in Paris.

He used this leg speed in the latter stages in London, too, as he burst away from Kipsang to take an emphatic victory to add to his marathon wins in not only Chicago but also Rotterdam 2014 and Hamburg 2013.

“It was tough and a championship-type race. It was like an Olympic Games,” said Kipchoge. “The crowd was wonderful and it lifted my spirits to cross the finish line.”

Kipsang did not look disappointed with his runner-up spot, saying: “I’m very happy for my friend. For me, to run a good time and to come second, I am really happy with my position.”

In cool, damp conditions, the men’s pack cruised through the first 10km in 29:14 and the half-marathon mark in 62:19 before the leading pack whittled down to half a dozen contenders by 30km. Kipchoge looked comfortable, often running toward the front of the group, with Kimetto and Kipsang also looking strong as they were joined by Kenyans Samuel Kitwara and Stanley Biwott, plus the lone Ethiopian, Tilahun Regassa.

Entering the final 5km, four men were in contention – Kipsang, Kimetto, Kipchoge, Biwott – but with two miles to go Kipsang and Kipchoge broke clear as the world record-holder Kimetto settled into a battle with Biwott for third place.

With half a mile to go, Kipchoge began to turn to the screw and he gradually built a gap between himself and the defending champion. Entering the final 385 yards, he enjoyed a lead of three seconds over Kipsang, but bounding down The Mall as if it was the end of a 10km race, not a marathon, Kipchoge never looked in danger and he extended his lead slightly as he charged through the finish with both arms raised.

Before then, however, is the IAAF World Championships in Beijing in August. “I am willing to run,” said Kipchoge, “but I am in the hands of the selectors.”

In the men’s wheelchair race, David Weir was denied a record seventh London title when he was out-sprinted by American Joshua George. 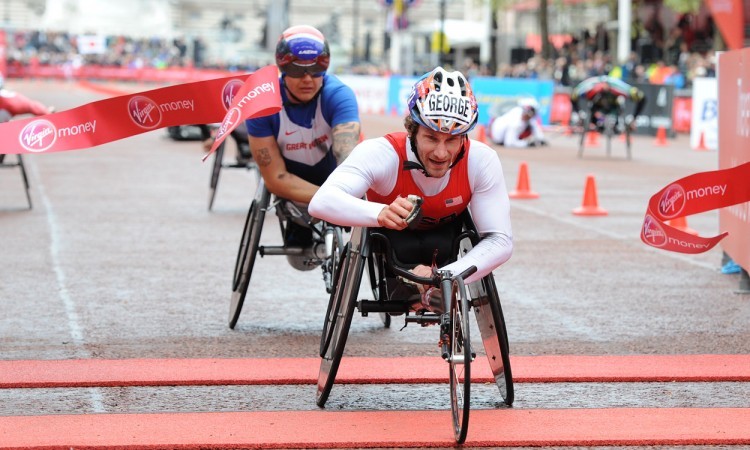 “I’m thrilled,” said George. “It was tough out there and back to back races with Boston made it more interesting. There was a headwind and rain in Boston and it was similar here, although the rain stopped earlier – it makes it interesting when the road is wet. There was some jostling out there and it came down to a final sprint and I had it today.”

Weir said: “I’m a bit gutted, but it’s more my equipment than anything. My glove fell apart at about 16 miles and the material I was using for the rain came unstuck and I had to change my technique, slightly pushing more with my knuckles than I usually do. I think that tired me out a little bit but I felt all right up until the end, but I just didn’t have anything there because of the grip.”

Weir added: “I’m not going to take anything away from Josh because he was strong all through the race.”

A report of the women’s elite and wheelchair races can be found here.