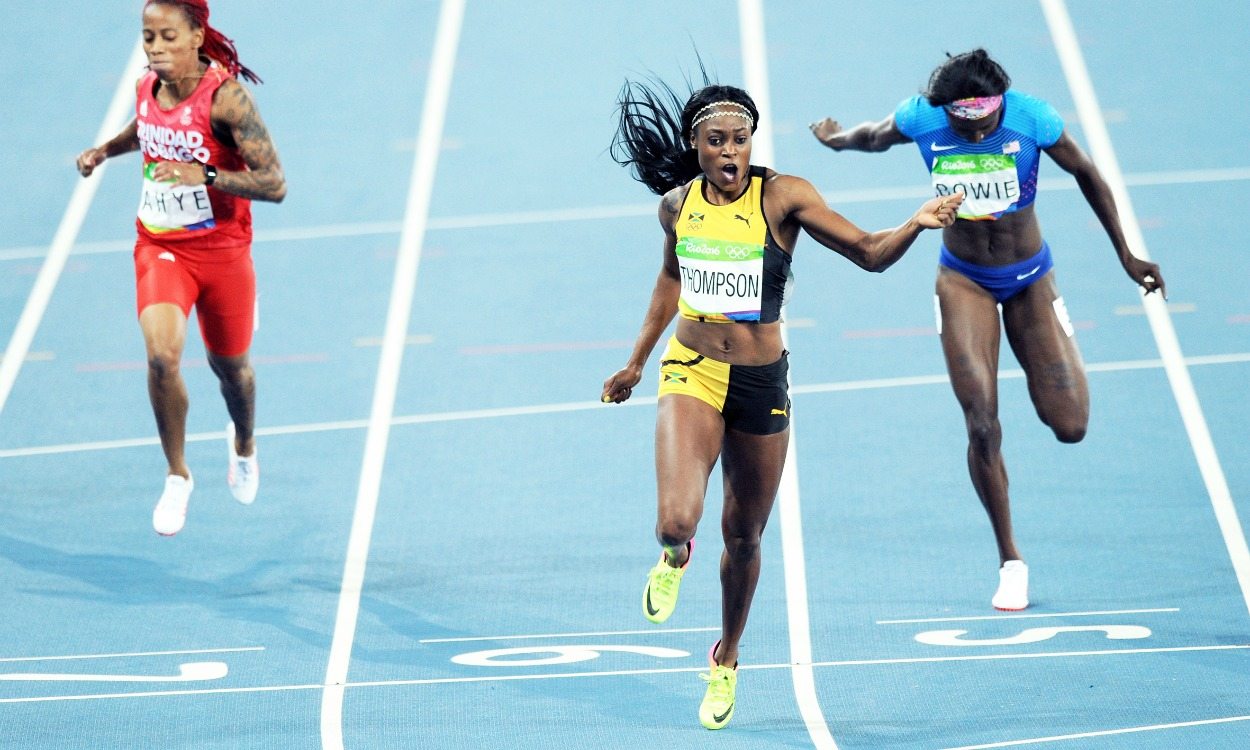 Elaine Thompson completed an Olympic sprint double while the United States enjoyed a clean sweep of the sprint hurdles medals on a night dominated by female speed merchants in the Estadio Olimpico.

Thompson clocked 21.78 to beat Dafne Schippers by a tenth of a second as she became the first woman to seal a 100m and 200m Olympic double victory since Florence Griffith Joyner in 1988.

The world champion from Netherlands fell over the finish line in a desperate lunge to catch the Jamaican but had to settle for silver while Tori Bowie of the United States took bronze in 22.15.

Behind, British record-holder Dina Asher-Smith ran well for fifth in 22.31 from lane two.

Moments later, on an evening dominated by three women’s finals, the 100m hurdles saw the US trio of Brianna Rollins, Nia Ali and Kristi Castlin fill the podium positions. 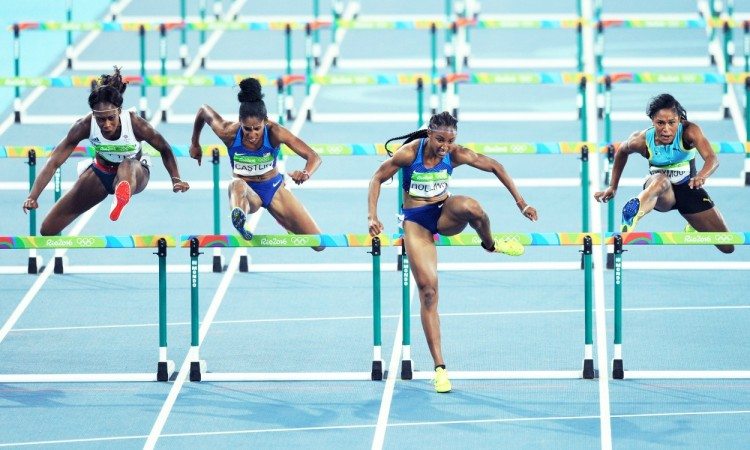 An exciting long jump was won by Tianna Bartoletta with a 7.17m. The American won the world long jump title aged 19 in 2005 and again last year and in Rio she held off a challenge from team-mate Brittney Reese and Ivana Spanovic of Serbia to win.

The competition came to life in the fifth round when Reese went into the lead with 7.09m and Spanovic jumped a national record of 7.08m but Bartoletta hit back with 7.17m before confirming her superiority with 7.13m in the final round.

Reese improved to 7.15m in the final round in a nail-biting contest but it was agonisingly short for the reigning Olympic and three-time world champion. 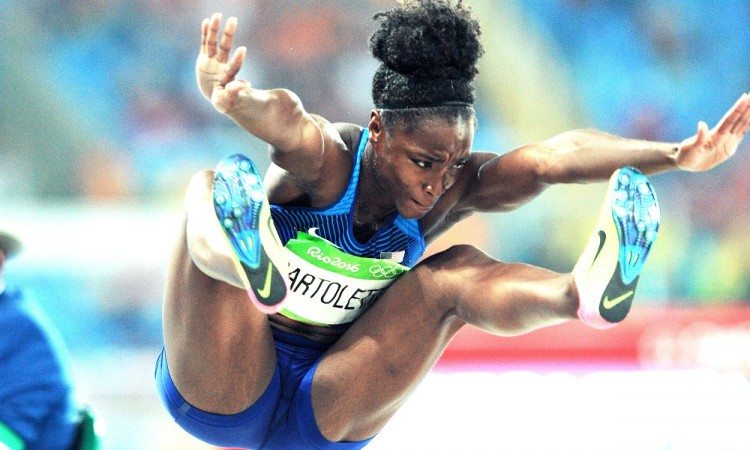 Ashton Eaton ended day one of the decathlon with a healthy lead. The American world record-holder and defending Olympic champion was drawn against his closest rival, Damian Warner of Canada, in his 400m heat but won easily in 46.07 as Warner clocked 47.35.

Kai Kazmirek of Germany clocked 46.75 and went into second overall behind Eaton. The overnight scores saw Eaton leading by 4621 poiints from Kazmirek’s 4500, Warner’s 4489 and Kevin Mayer of France in fourth with 4435.

Usain Bolt took to the track in the men’s 200m and was the fastest qualifier as he ran 19.78 while showboating just in front of Andre De Grasse as the Canadian clocked a national record 19.80.

Adam Gemili will also compete in the final for Britain after running 20.08 for third in the same semi-final to qualify as a fast loser.

Gemili’s team-mate, Danny Talbot, ran a PB of 20.25 in semi-final one for third but was not fast enough to progress. The same was true for Nethaneel Mitchell-Blake, who also ran 20.25 for fifth in semi-final three.

Talbot and Mitchell-Blake were joined by big names Justin Gatlin and Yohan Blake in those failing to make Thursday’s final.

The men’s javelin qualifiers were led by Keshorn Walcott, the defending champion from Trinidad & Tobago, as he threw 88.68m. Germany’s Johanes Vetter and Julian Webber were next best with 85.96m and 84.46m.