Eilidh Doyle: I just couldn’t miss out on Glasgow 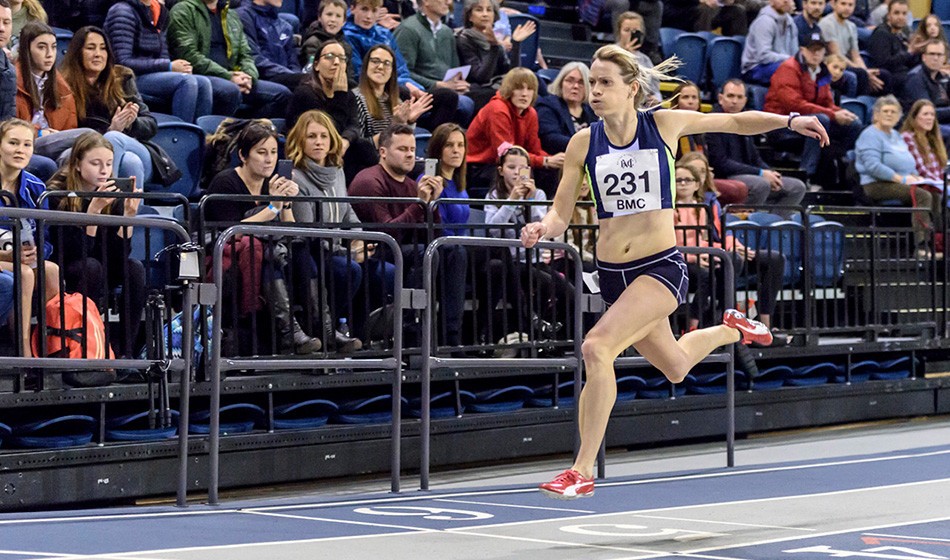 There may have been the odd sign of pre-race rustiness, such as setting up her starting blocks on the wrong line, but Eilidh Doyle was satisfied with her first run-out of 2019 as she clocked 24.29 to come third in a mixed 200m race at the Glasgow Athletics Association Miler Meet at the Emirates Arena on Friday night.

The decorated 31-year-old will run her more familiar distance of 400m in a week’s time, also at the venue which will host the European Indoor Championships in March, as she prepares for another packed year of competition.

Her calendar might have been slightly less hectic, however, had the continental showpiece not been taking place on Scottish soil.

Anywhere else and a long, warm weather training camp may have lain in wait rather than an indoor season but the pull of a home championships was simply too great.

“The motivation for me has been massive with the Glasgow Indoors,” said Doyle. “I had been so busy last year with the indoors and the Commonwealths that we thought ‘should we maybe miss indoors?’ (in 2019). But then when you know it is in Glasgow, you think ‘no I can’t miss that!’

“I think my coach’s life would be a lot easier if the European Indoors was in Budapest or somewhere!

“We could go away this time of year to somewhere like South Africa and get big blocks in but as soon as I knew it was going to be here I had to be here.”

Doyle’s time was marginally quicker than the 24.35 she ran at the same meeting 12 months ago at the start of an indoor campaign which culminated in a world 400m bronze medal in Birmingham.

“It got a little bit messy at the start. I even had my box set up on the wrong line, I set it up on the 400m line and my husband came and pointed out that I was in the 200!

“I felt good, though. Next week I will try to go through my first lap in about 25 seconds then maybe about 25/27 coming and hopefully look to be around 52/53.

Being able to become more accustomed to the Emirates track ahead of the early spring contest for continental prizes is a big fringe benefit too.

“I can definitely visualise it,” she says. “I came here and trained a couple of weeks ago. Knowing this is where the champs is going to be is really exciting. I will race here and train here a couple of times before the champs. I will picture that, and hopefully when the championships come round I can understand it a bit better.”

» A report on Friday’s Glasgow Athletics Association Miler Meet, with comment from Laura Muir, can be found here