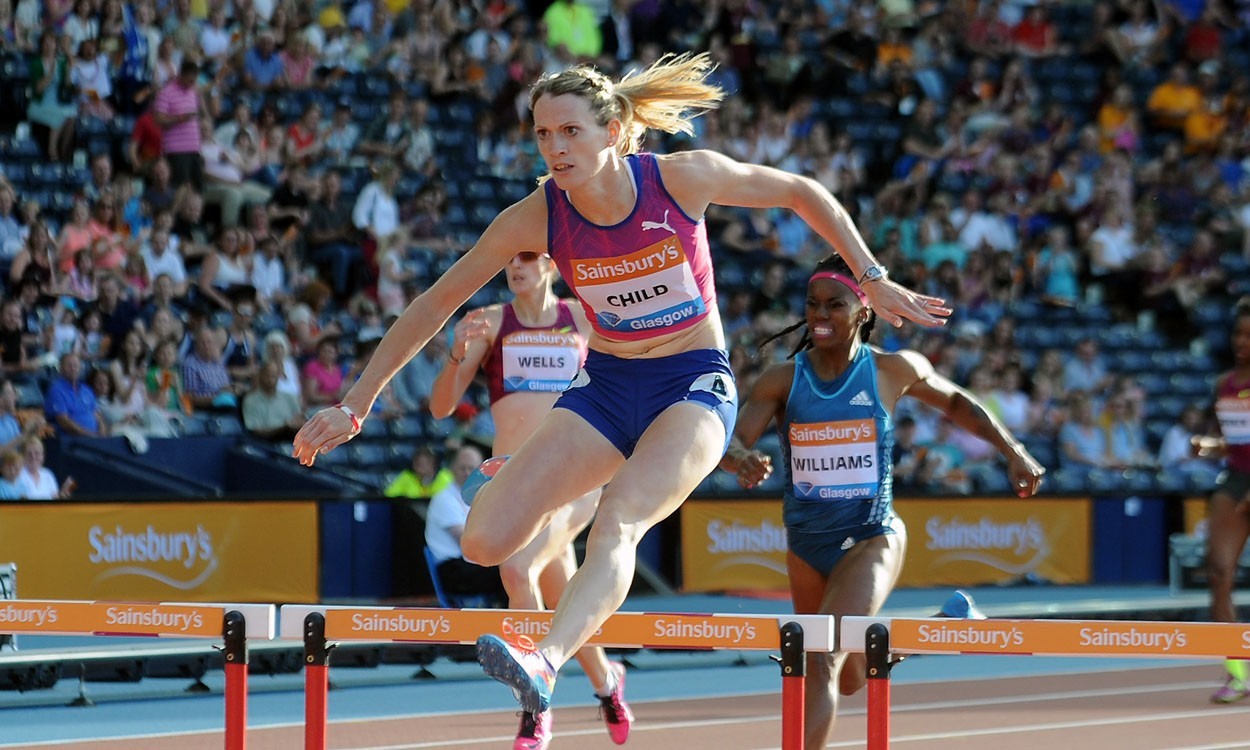 Eilidh Child was among those to receive recognition at the Scottish Athletics awards on Saturday as she was named Athlete of the Year for the fourth time in six years.

The hurdler, who also picked up the award in 2009, 2010 and 2013, receives it again in a year that has seen her win European 400m hurdles gold, Commonwealth silver and finish as runner-up on the overall Diamond League standings for the event.

Child received the award ahead of fellow nominees Libby Clegg, Mark Dry, Chris O’Hare and Lynsey Sharp, with Sharp named Commonwealth Games Athlete of the Year for the best Scottish performance at Glasgow 2014 after a determined performance to win 800m silver following illness before claiming a medal of the same colour at the European Championships in Zurich.

“I’m thrilled to win this award and especially so when you look at the quality of performances by the five athletes on the short-list,” said Child.

“It has been a special year for the sport in Scotland and for me personally.

“I keep being asked for my highlights and really there are two in a photo-finish – the lap of honour at Hampden after silver in the Commonwealths and standing on top of the podium in Zurich for my European gold.”