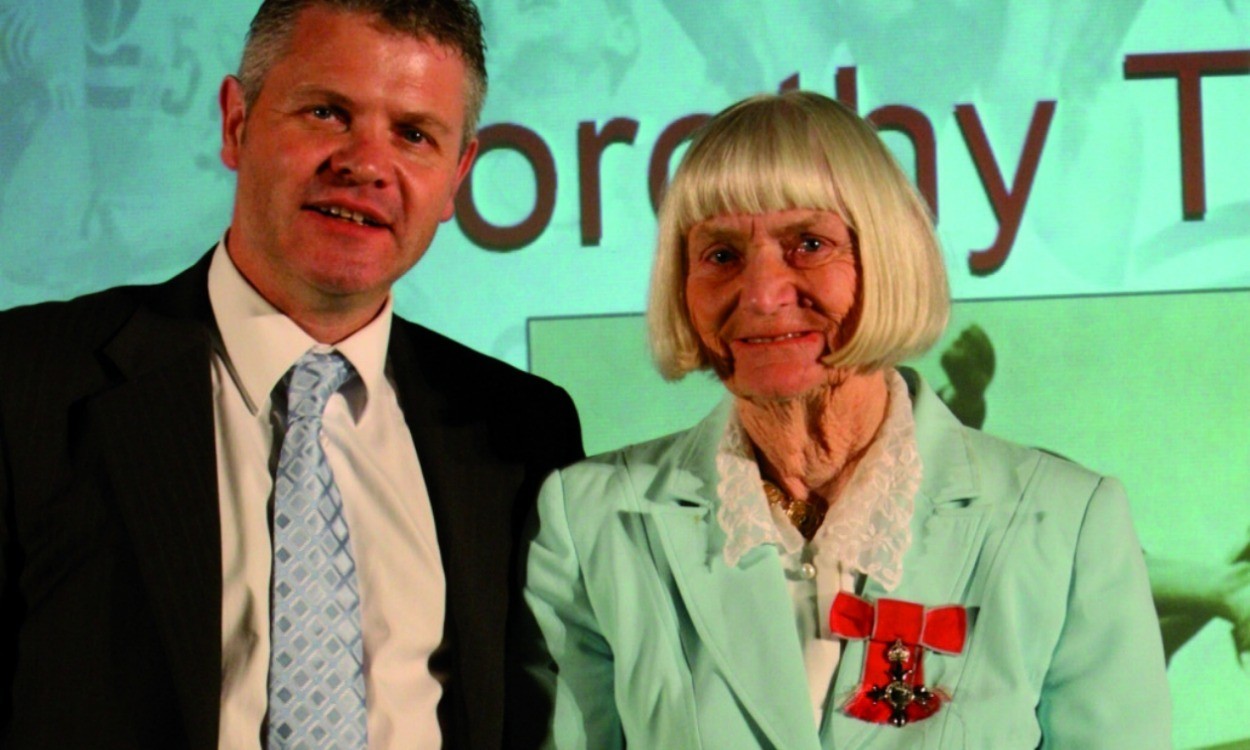 The four-time Olympian, who also won a second silver in London in 1948, is Britain’s most decorated female Olympic high jumper. Aged just 16 and competing as Dorothy Odam, she cleared 1.60m in Berlin during what was her first ever trip abroad to place second behind Hungary’s Ibolya Csak.

Twelve years later, after which time she had got married, had two children and been involved in World War II driving official vehicles, she returned to Olympic action, again just missing out on gold having cleared 1.68m – the same height as winner Alice Coachman of the USA. This made her the only female to have won Olympic medals either side of the war.

With female athletes not having been allowed to compete at the Olympic Games until 1928, Tyler could have been the first British female gold medallist had the current “countback” rule in the high jump applied, but at this time the medals were decided by way of a jump-off. However, speaking for an AW feature in 2009, she explained how she had not been disappointed to miss out on the gold, but rather delighted to have won the silver.

“Losing the gold medal in that way has not bothered me at all,” she said. “I was so thrilled to come second, particularly in 1936, when I was only 16 years old. After all, rules are the rules.”

However, as John Goodbody explained in that feature, she was slightly more upset that none of her old records, even ones set at school, had survived because of the introduction of the Fosbury flop from 1968.

Tyler claimed her first major international gold with victory at the Empire Games in Sydney in 1938, the year before she cleared a world-record height of 1.66m, and she retained her Empire Games title in Auckland in 1950.

Coached by Arthur Gold, she had changed her style from the scissors to the western roll in 1951, scissors being the technique she had started out with when she took up athletics aged 11 at school near her home in Mitcham, Surrey.

Tyler also competed at the 1952 Olympics and was team captain at the 1954 Commonwealth Games where she claimed silver. WAAA long jump and pentathlon titles were claimed in 1951, as she set a British record in the latter. She retired from international competition after the 1956 Olympics and went on to become a coach, official and British team manager.

At the age of 81, Tyler was made an MBE and was later inducted into the England Athletics Hall of Fame in 2009 – the awards evening for which she is pictured at above with the governing body’s then CEO Mike Summers. In 2012 she was the official starter for the London Marathon and in the run-up to the London 2012 Olympic Games was mentioned in the press as a contender to light the Olympic flame.