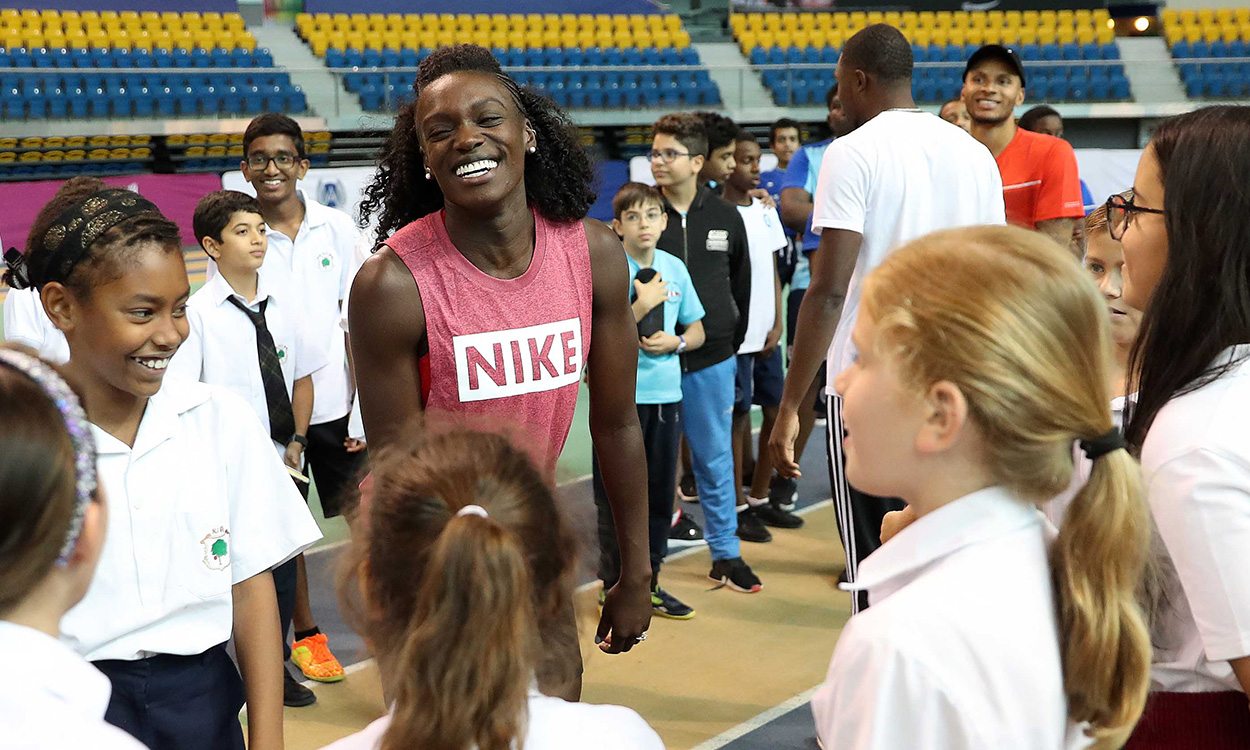 The women’s 100m hurdles at the Doha Diamond League has a loaded field.

The list of athletes set to compete on Friday evening (May 4) includes three former winners:

The competitive nature of the event is well summed up in the experience of Stowers.

She is frustrated but accepting. “The hurdles in the US is an extremely stacked race,” she said. “I wish there was a way that we could all run at the Olympics, if it could be based on the top times in the world. But I guess it’s fair having the top three girls. It’s crazy the way it is so stacked and I just wish it was a little different.”

On the coming 2018 season, NcNeal said: “I am really happy to be competing, having had a year away. I am just looking forward to having fun this year.”

She added that she treated the year off competition as “a mental break, a year away from track and a time to get my body back after years of training”. It was also “a year to learn new hobbies – including cooking and baking” and one in which she got married.

Harper-Nelson (pictured) recently announced that 2018 would be her last competitive season, but she still has goals. “I want a PR,” she said. “I want to win the Diamond League. I have four of those babies in my house and a fifth would just be so beautiful. But I also want to have a fun season too.”

Harrison explained that she had shelved plans to run the 400m hurdles this season because she felt she still had unfinished business in the 100m hurdles. She added that winning the Diamond League was her main goal for 2018.

The IAAF indoor series in the 60m hurdles was an absorbing contest between Nelvis and Christina Manning. The Diamond League 100m hurdles has every likelihood of going the same way. And as Stowers said: “The hurdles are always unpredictable because one mistake can cost you the whole race.” But it is the unpredictable nature of the race that makes it such compelling watching.

» A Doha Diamond League preview can be found here