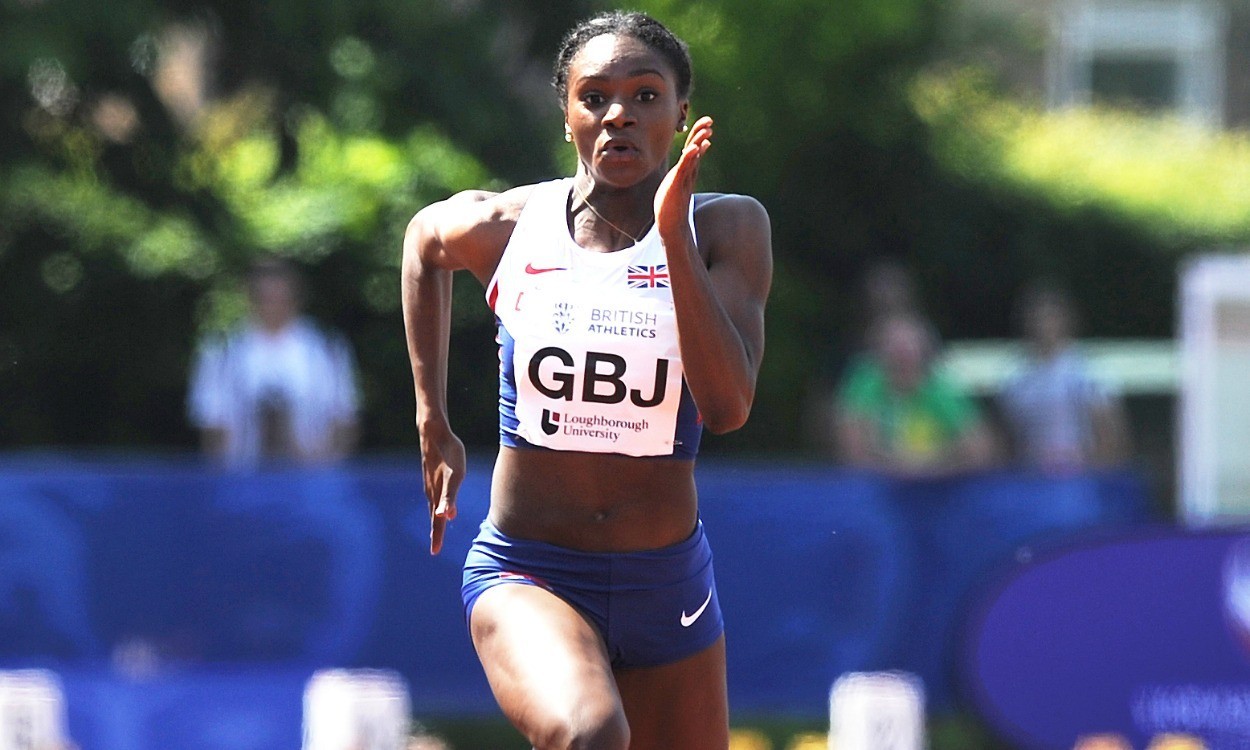 World junior champion ran 7.23 60m at Lee Valley and has Euro Indoors and World Champs in her sights but doesn’t want to get too ahead of herself

Dina Asher-Smith admits she was “a bit shocked” with her season-opening performance at the Metaswitch Games last weekend, especially as it had been something of a last-minute decision to compete.

The world junior 100m champion clocked 7.25 in the heats at Lee Valley before improving to a time of 7.23, a mark just 0.01 off her PB set at the British Championships last year.

“John had said it was more of a training exercise than an actual start to my season because funnily enough a few weeks ago I wasn’t meant to be running in that race and then he changed his mind.

“He said to run it race pace and properly, obviously, but to think of it more as an opportunity to go through my phasing and all the key elements of the race that I need to put together for later on in the indoor season.

“I didn’t really expect anything that quick, I wasn’t expecting to be near my PB, not at all, so I’m really happy for that to happen.”

“I didn’t really expect anything that quick, I wasn’t expecting to be near my PB”

The event marked a return to competitive action for the 19-year-old, who had last raced at the European Championships in Zurich where she ran a British junior 200m record of 22.61 to secure her spot in the final but later pulled up in that race with a torn hamstring.

While in Zurich, Asher-Smith learned that she had achieved the A-Level results needed to study history at King’s College in London and for the past few months has been balancing her studies with her athletics.

“Obviously when I’ve got a training session and I’ve got an essay due the next morning it’s not the best feeling, but I am really enjoying it,” she said.

“Whenever I’m stressed and say I’ve got loads of work to do in history, if I go training it kind of clears your mind and I’m able to come back and work more effectively. It’s also good because if in athletics I’m tired or perhaps I didn’t have such a good session I can’t really dwell on it because I’ve got other stuff to do.

“It is a really good balance and I’m really enjoying it.”

Looking ahead to this year which includes both the European Indoor Championships in Prague and IAAF World Championships in Beijing, Asher-Smith understandably has both events on her radar but says she doesn’t want to get too ahead of herself.

“I’m definitely taking the season as it comes, especially with what’s happened over the past six months,” she said when discussing the European event.

“Obviously if you’re doing an indoor season it’s going to be highly unlikely that you’re not going to want to represent your country but at the same time I am taking everything as it comes.”

“I’m definitely taking the season as it comes, especially with what’s happened over the past six months”

AW recently highlighted a ‘no-double’ policy for GB age-group athletes this summer, with British Athletics having announced that athletes will not generally be selected for both an international age-group championships and the senior World Championships.

This could affect Asher-Smith, who would be eligible to compete at the European Under-23 Championships in Tallinn, though the criteria states that exceptions may be made and that special conditions do exist when it comes to relays and combined events.

On the ‘no-double’ policy, Asher-Smith said: “John has pointed it out but you’ve got to be wishful that you’re going to be in that situation in the summer for that to happen.

“I think you could still be running PBs and running amazingly fast but you still might not get an individual berth on either team. I’m just going to concentrate on remaining fit and being able to compete and run my best when we’re coming up to the trials and then we’ll see what happens.”