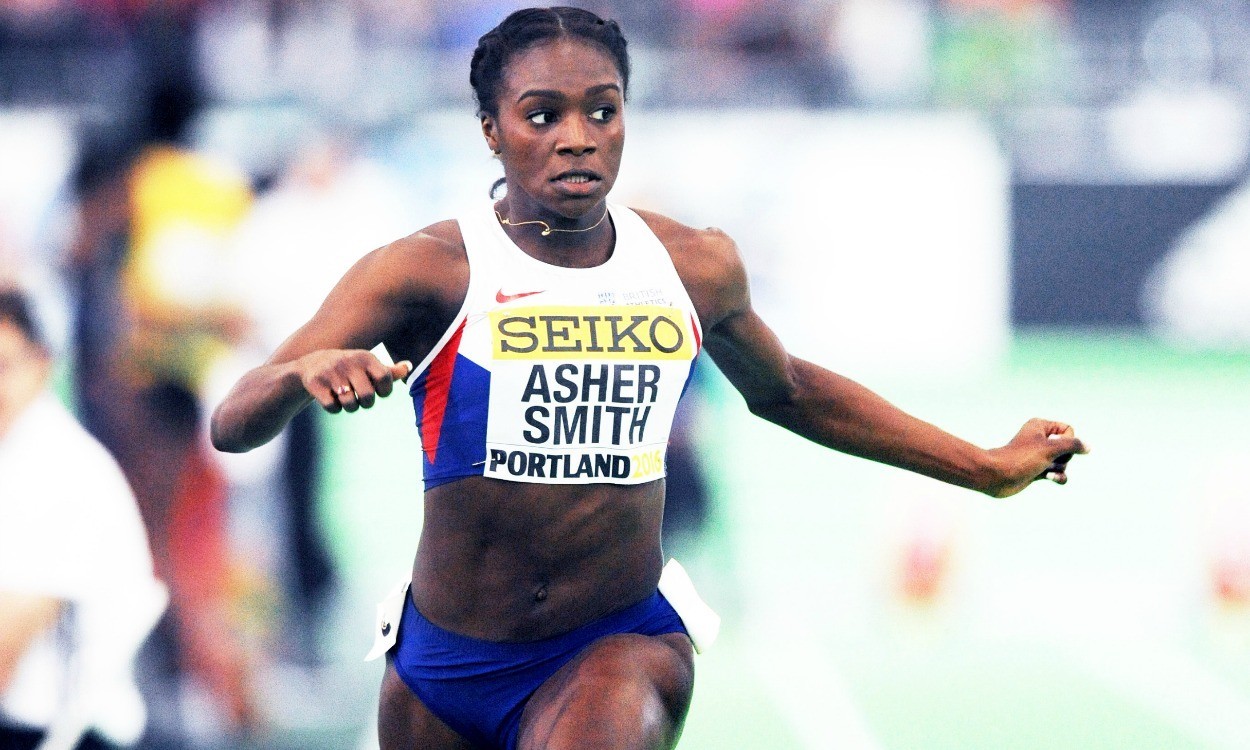 British sprinters secure their spots in the IAAF World Indoor Championships 60m semi-finals, while Yulimar Rojas wins the triple jump during the morning session on day three in Portland

Great Britain’s Dina Asher-Smith and Asha Philip were among the athletes to progress to the 60m semi-finals during day three’s morning session at the IAAF World Indoor Championships in Portland.

Clocking 7.12 and 7.18 respectively, Asher-Smith and GB team captain Philip both finished as runners-up in their respective heats, with USA’s joint world leader Barbara Pierre going quickest in the first round with 7.07.

Trinidad and Tobago’s Michelle-Lee Ahye improved on her own national record with 7.09 to finish ahead of Asher-Smith, while Jamaica’s Elaine Thompson clocked a 7.09 PB ahead of Philip.

World 200m champion Dafne Schippers, who clocked a world-leading 7.00 in Berlin last month, also eased through to the next round after running 7.13 to take her heat.

“Each race I’m just hoping to progress,” said Philip. “That was one of my fastest ever openers, so I’m happy.”

With just the winner of each 800m heat guaranteed a spot in the final, Lynsey Sharp and Adelle Tracey won’t be joining their British team-mates in advancing at this championships.

Finishing second behind heat two winner Francine Niyonsaba – who is now coached by Mark Rowland and clocked a 2:02.37 Burundian indoor record on what was her indoor debut – Sharp’s 2:02.75 didn’t put her among the fastest losers. Tracey finished fourth at her first senior championships, clocking 2:07.05.

“We didn’t sit down and say the aim of this year was a medal at the world indoors, it was a stepping stone to Rio,” said Sharp. “I do feel like I’ve learnt a lot in the races I’ve done.”

Also in 800m action on Saturday was Britain’s David Wilcock, who won the men’s masters event in 2:15.90, while fellow Brit Karen Brooks placed third in the women’s event with 2:40.14 behind winner Helene Douay of France’s 2:37.30.

World no.1 Yulimar Rojas became the only Venezuelan athlete to win a world indoor medal and she did in style as the Ivan Pedroso-coached athlete got the gold in the triple jump. 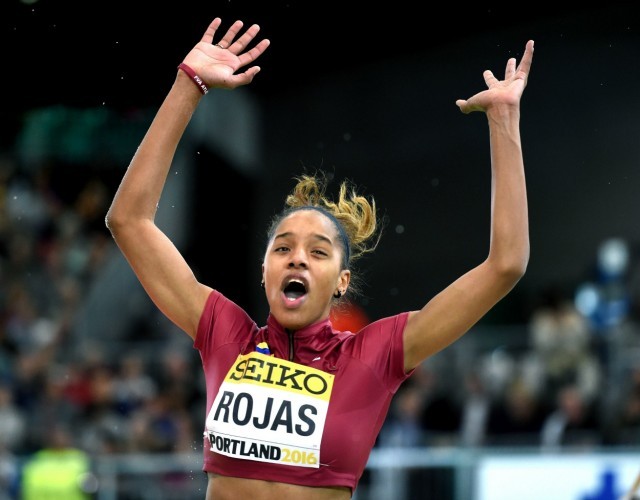 The 20-year-old might have only recorded one valid mark of 14.41m but that was all that was needed to beat Germany’s Kristin Gierisch with 14.30m for silver and Greece’s Paraskevi Papachristou with 14.15m for bronze.

“It’s hard to find words to express my happiness,” said the winner. “I won this medal for my family and for all the Venezuelan people.

“Yes, I had five fouls today but that one valid jump was good for gold,” she added.

Only one team – South Africa – failed to progress to the 4x400m final. USA went quickest overall with 3:05.41, while a Belgium team featuring three Borlee brothers – Dylan, Jonathan and Kevin – won the first heat in 3:07.39.

Running the anchor leg for Bahamas, Chris Brown became only the third male athlete to compete in eight editions of the World Indoor Championships.

Ashton Eaton has 5543 points in the heptathlon with one event – the 1000m – remaining. Despite clattering a hurdle, he clocked 7.78 before clearing 5.10m in the pole vault. Germany’s Mathias Brugger also went over that height to move into bronze medal position behind Ukraine’s Oleksiy Kasyanov.

» See the March 24 edition of AW magazine for full coverage from Portland, including reports, photos and results