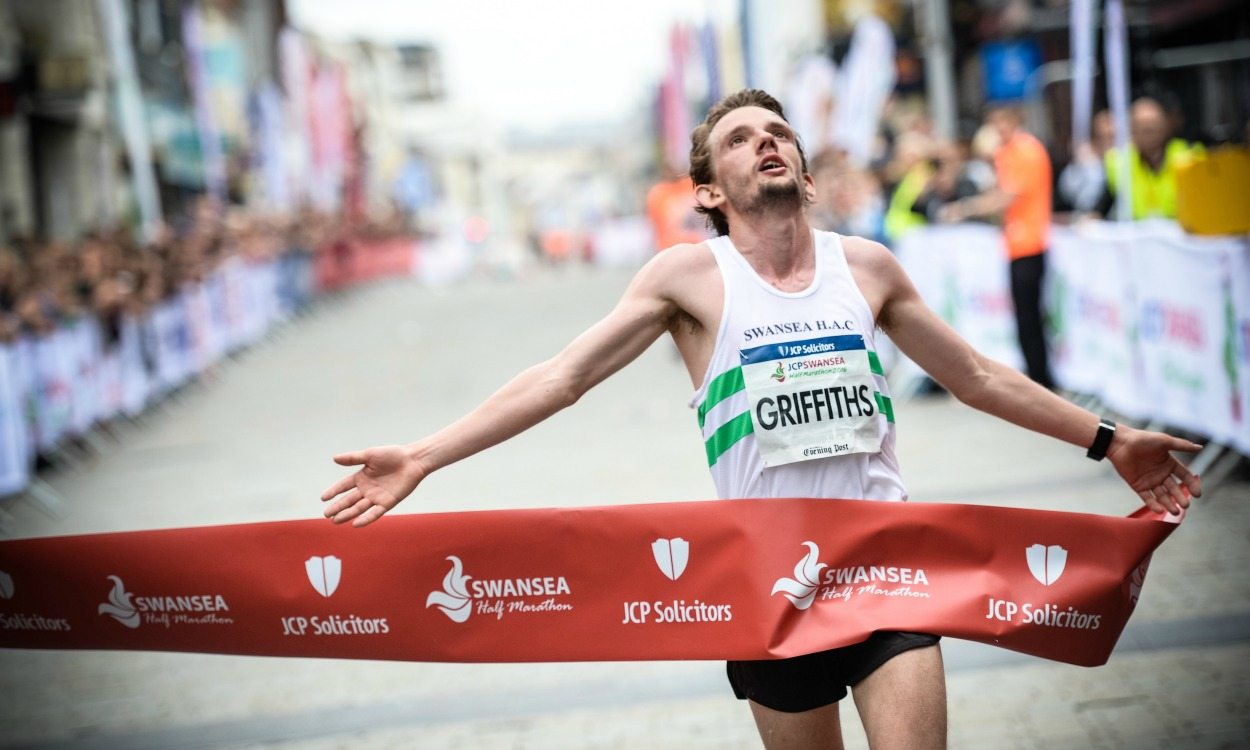 Three course records were broken at the JCP Swansea Half Marathon on Sunday (June 26) as Dewi Griffiths, Hannah Walker and Richie Powell bettered the previous best marks in the men’s, women’s and wheelchair races respectively.

The flat 13.1-mile course attracted runners of all levels, with 42 different nationalities represented at Wales’ second-largest half-marathon. The race set off from Oxford Street in Swansea city centre and was started by Keith Thomas from JCP Solicitors.

The race then proceeded on fully closed roads past Swansea Castle and along a magnificent six-mile stretch of Swansea Bay towards The Mumbles, with its iconic pier and lighthouse. Athletes were cheered across the finish line on Oxford Street by a lively and supportive crowd.

The men’s field was dominated by Swansea Harriers, who filled the podium and five of the top ten places. The title was claimed for the second consecutive year by race ambassador and GB international Griffiths, who took a minute and ten seconds off his own course record after crossing the finish line in 65:38. Danal Desta was runner-up in 67:01, ahead of Josh Griffiths who took third place in 68:43.

The women’s course record was smashed by three minutes and twenty seconds after Walker from Run-Fast secured the title in 74:31. Runner-up Tracy Barlow from Thames Valley Harriers finished in 75:03 and Rachel Felton of Run-Fast claimed third in 76:33. 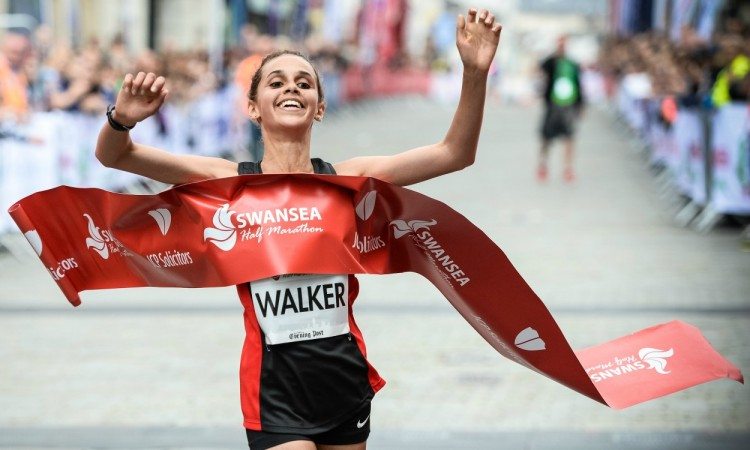 A Family Fun Dash was introduced for the 2016 event and this proved to be a popular part of race day as young runners and families crossed the same finish line as the main field after a 1km run from Swansea Castle. 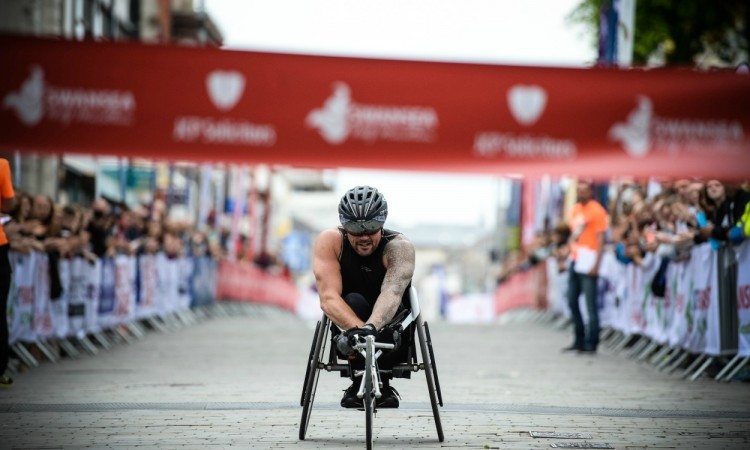 Race director David Martin-Jewell said: “We are thrilled with the turnout for this year’s JCP Swansea Half Marathon, which has proved to be our biggest and best event yet with all three course records smashed and runners from 42 nations taking part. It was fantastic to see the streets of Swansea filled with competitors and spectators of all ages and to be a part of the fantastic atmosphere. We would like to congratulate every single person who crossed the finish line for their phenomenal effort and achievement.

“Our sincere thanks go to all our sponsors and partners for their invaluable support, to everyone who sponsored our runners to raise incredible sums for charity, to all those who came out today to cheer on the athletes along the course, and of course to all the runners who took part and chose to #RunSwansea. A big thank you also to all the bands who were entertaining runners and spectators along the route, and to our amazing and ever-smiling volunteers who ensured that the day went as smoothly as possible. It was a truly memorable day for Swansea.”

Since its inauguration three years ago, the JCP Swansea Half Marathon has become a great platform for charity fundraising and this year saw record amounts raised for the race’s official charities. The Headline Charity Partner for 2016 was Cancer Research UK, with Alzheimer’s Society, British Heart Foundation, Help for Heroes and Save the Children as Gold Charity Partners.

The date for the JCP Swansea Half Marathon 2017 has been confirmed as Sunday June 25 and online entries are now open at www.swanseahalfmarathon.co.uk. Event photos are available at www.dirtygreentrainers.com.