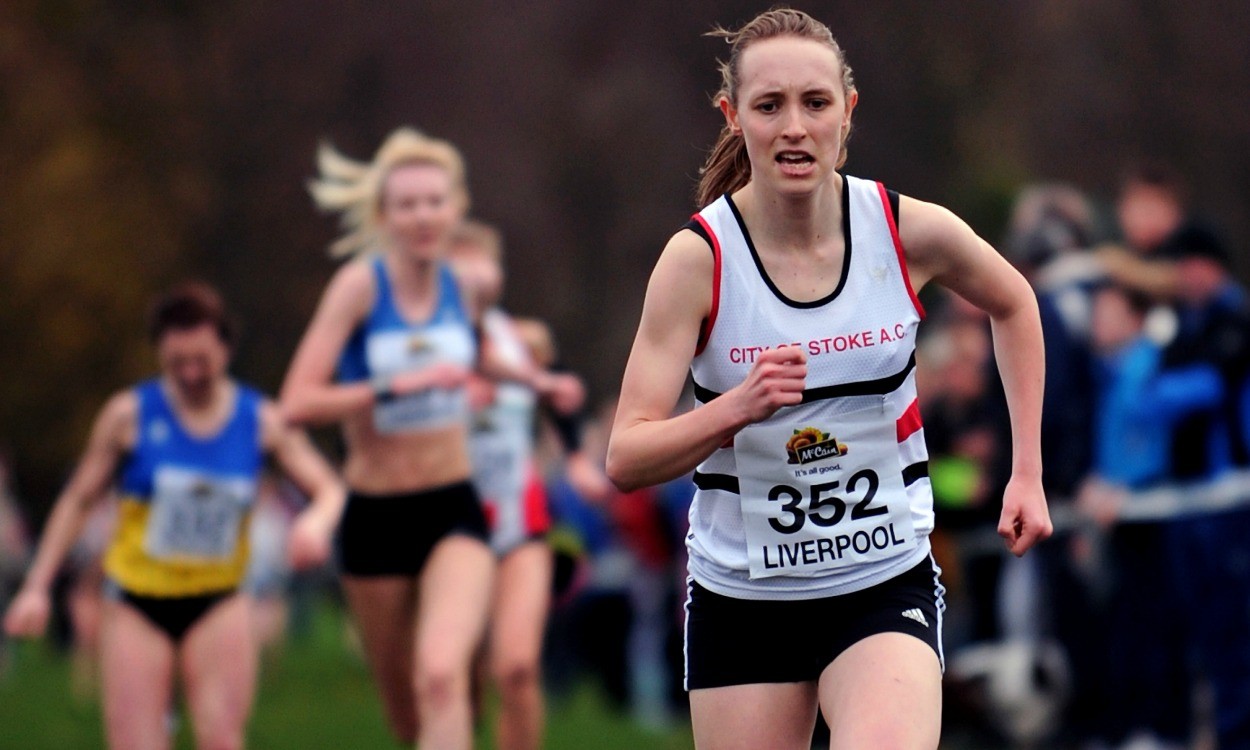 Making the transition from successful youngster to senior athlete is difficult. Matt Long looks at how Kate Holt and her coach have succeeded

At an England Athletics workshop organised by Midlands area mentor for endurance, Geoff James, earlier this year, Kate Holt and her coach, Alan Morris, offered a unique insight to an audience of athletes and coaches, the latter of whom are benefitting from the local coach development programme.

The following year she won the Schools title again and topped the rankings at 800m and 1500m. Plenty of success followed, but after not quite matching those standards in the ensuing years, she is now beginning to fulfil her promise again – a feat not often matched when early success can lead to burn-out and worse still, demise from the sport.

Holt, a GB international and City of Stoke AC member who was ninth in this year’s Inter-Counties cross-country, explained how she got involved in athletics: “It was purely accidental in that I got sucked into doing a schools cross-country race. I competed against older girls in Year 6 and still came second and thought to myself, ‘Hey this athletics might just be good for me!’ After that, my headteacher at school was proactive in contacting my local club.”

The 22-year-old, who placed a creditable 20th in the under-23 race representing GB in last December’s European Cross Country Championships in Samokov, recalled: “I loved playing football as a striker in a girls’ team. My coach never insisted that I give it up. It was more a case of when I got more into athletics I realised I needed to choose because of time and logistics.”

Morris added: “The football she did before her athletics gave her a good base fitness level and, in terms of agility, balance and coordination, it gave her a great grounding for running. She was like a proverbial ‘stick on legs’, but I could see that as far as her coordination and technique were concerned that she was a natural.”

With the support of coach Morris, Holt is determined to become a world-class athlete and if she makes the grade it will be in no small measure due to an implicit commitment to the core principles below, which you can use to guide your own long-term athlete development.

Golden rules in transition from junior to senior

Morris said: “You have got to be physically resilient and Kate is rarely injured. Additionally she is physically strong and well built. Her submaximal physiology is excellent and her aerobic capacity has come on leaps and bounds in recent years. Her weekly longest run is 14 miles on the roads in the winter, but we reduce the volume in the summer.”

After confirming that she is regularly exposed to the benefits of physiological testing at Staffordshire University, Morris added: “The athlete needs to be strong mentally and she is not found wanting in terms of determination.”

Many young athletes find the stress of commitment to academic studies alongside developing as a performance athlete to be simply too demanding and they are lost to the sport.

Holt admitted to having to come through this herself, saying: “As a third-year student at Staffordshire University, I must confess I cried with the pressure of exams and assignments. I was so stressed but that’s when my coach was amazing in talking me through it.

“Keeping my athletics going wasn’t an added stressor; in fact it became a massive release at a high-pressure time in my life.”

Morris said: “Youngsters have massive pressure these days and academic study must come first. I have dealt with many athletes who are under the misapprehension that they can easily become a full-time Lottery-funded athlete on their way to an Olympics like a Jess Ennis or Mo Farah. Few actually ever make the transition from promising junior to successful senior athlete.”

With regards to developing young endurance he said Kate works at a pace higher than her VO2 maximum during her track work.

They use systematic drills in warm up and Morris said: “It’s about utilising time effectively. She does core work as part of her programme throughout the week and has a gym session on her day off from running.”

Morris was adamant about training loads and said: “Consistency of training is paramount and over-reaching is to be strictly avoided. Kate does two hard sessions a week and with a hectic lifestyle, a young athlete can forget the importance of rest and we have learned the value of having an easy run when required.

“At this stage of the periodisation cycle she is running around 60 miles a week, but it’s taken her years to get to this point in terms of volume. My advice to other young athletes and their coaches is to not step up too soon.”

As for pace, Morris said: “Kate uses a Garmin to regulate her pace and I look for her to rate her runs not so much in terms of time but in terms of perceived exertion using the Borg scale.”

With regard to the development of tactical awareness, Morris explained: “Championship races finish quickly and that’s why I’m a believer in the kind of multi-paced work advocated by the likes of Peter Coe and others within a single training session.”

Holt added: “I can never forget my first ever English Schools Championships at Gateshead in 2006. There weren’t many expectations of me and I made the final of the 1500m.

“Kate Avery was a strong favourite, but I managed to claw her back with about 180 metres to go and I came away with the gold medal. I just think the whole experience and being away from home for the first time was a massive and important learning curve for me.”

Morris is an advocate of mixing club, championship and paced races as offered by the British Milers’ Club.

Holt is clearly comfortable working on a variety of surfaces, including track, road, grass and along the canals and stressed: “I prefer track work in sets and my favourite kind of sessions involve short reps with a long recovery.”

Morris emphasised: “I am athlete-centred. Kate does cross-country because it benefits her, but not all my athletes do.”