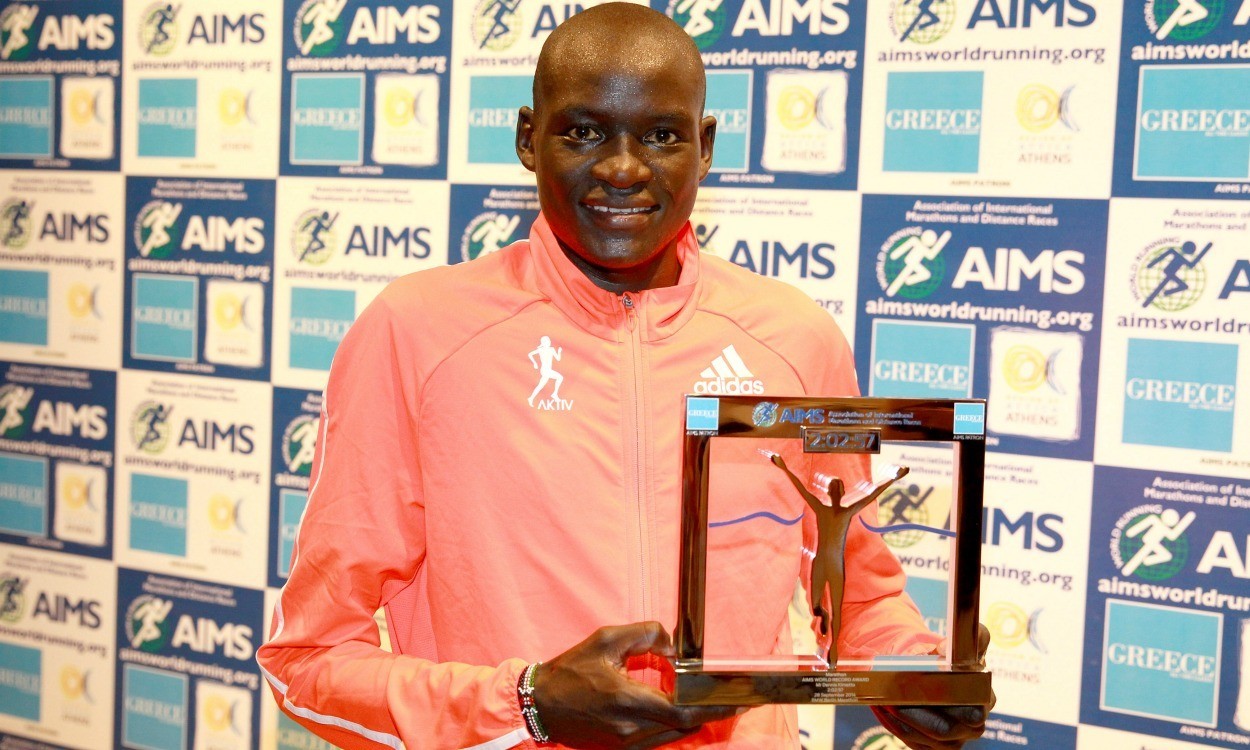 Dennis Kimetto has received his AIMS World Record Award in recognition of his marathon time of 2:02:57 run at the BMW Berlin Marathon last September.

The world running organisation the Association of International Marathons and Distance Races (AIMS) presented the Kenyan world record-holder with his award at the Ras Al Khaimah (RAK) Half Marathon, where he is a guest of honour, ahead of tomorrow’s race.

The presentation was jointly made by AIMS general secretary Hugh Jones and RAK Half Marathon race director and AIMS continental PR manager for Asia Nathan Clayton.

“I am very proud to be recognised by AIMS and their members around the world with this award,” said Kimetto. “I would like to thank AIMS and their sponsors for presenting me with this prestigious award.”

This award is the second Kimetto has received from AIMS after his performances throughout 2014 were recognised with the AIMS Best Marathon Runner Award in November at the AIMS gala in Greece.

Kimetto became the first to run a sub-2:03 marathon with his time in Berlin, taking 26 seconds off the previous world record set by his compatriot Wilson Kipsang in the same event in 2013.

“We are delighted to present Dennis with this award on behalf of the 380 AIMS members in 103 countries and territories throughout the world,” commented AIMS President Paco Borao.

“Dennis is a great athlete and we are pleased to recognise his record breaking achievement with this award.”