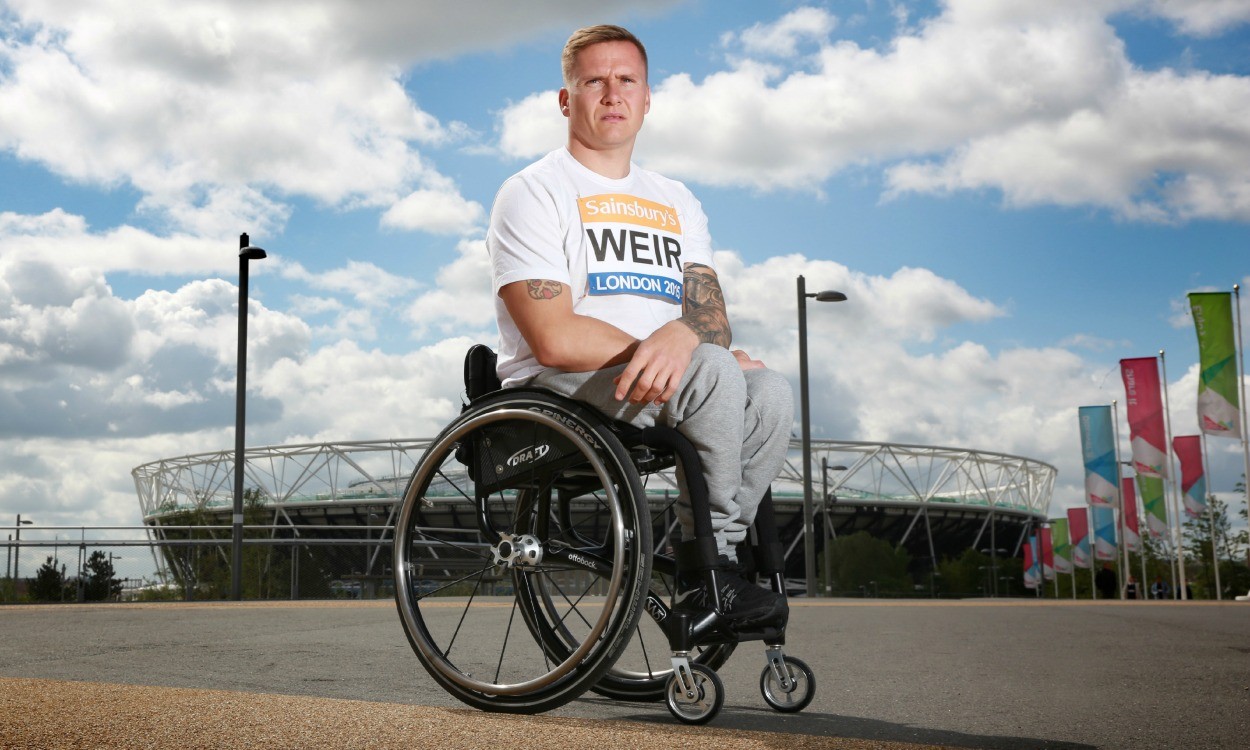 Six-time Paralympic gold medallist David Weir is set to return to the track on which he won three of his four London 2012 titles and anticipates some “spectacular performances” on the final day of the Sainsbury’s Anniversary Games.

“The Sainsbury’s Anniversary Games will be a huge event and I can’t wait to race again in the Olympic Stadium which holds such special memories for me,” commented Weir, who will race over 1500m. “Competing in my home city of London is always brilliant. The crowds here are the best in the world and really make the atmosphere unique.

“With just over a year to go until Rio, it’s very important for me to get the best competition possible. The Sainsbury’s Anniversary Games will provide a great platform for me to really test myself ahead of the World Championships this year and more importantly will allow me to gauge how much work I need to do to ensure I’m in the best shape to bring back more Paralympic gold medals in 2016.”

He added: “Racing on the track where I won gold in 2012 will be a great inspiration for me and I think all the athletes will rise to the occasion and produce some spectacular performances.

“The support for Paralympic sport in this country has been incredible over the last few years and I think people now realise how competitive and entertaining it is. I hope the crowds will once again come down to Queen Elizabeth Olympic Park to support the athletes at what I believe will be one of London’s best events of the summer.”

Speaking with the media at Queen Elizabeth Olympic Park on Tuesday, Weir also talked about his second-place finish at the Virgin Money London Marathon in April and how he is torn over whether to compete at this year’s IPC World Championships in Doha, with the New York Marathon taking place not long afterwards.

In addition to ticketed events on offer on National Paralympic Day, there will also be free activities including the chance to meet athletes and try out a range of disability sports.

» Tickets for National Paralympic Day are available at Ticketmaster: www.ticketmaster.co.uk/npd2015