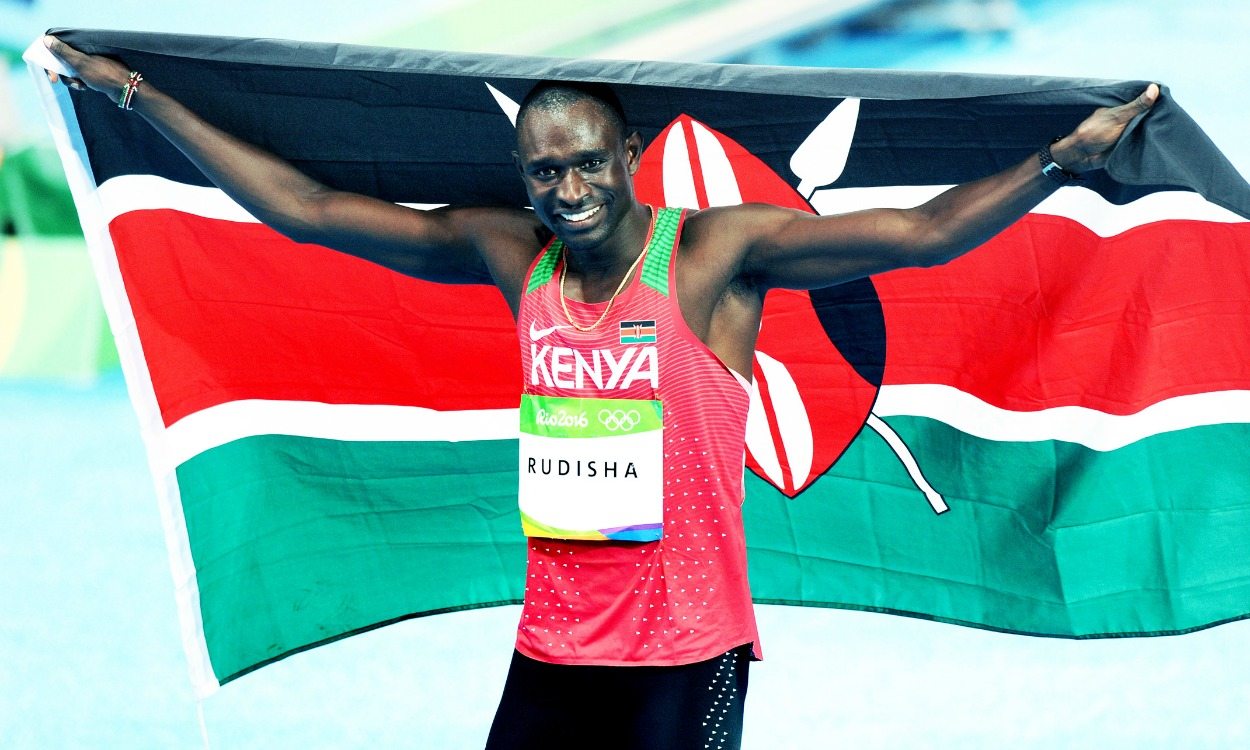 Two-time Olympic 800m champion and world record-holder David Rudisha is set to compete over the rarely-contested distance of 500m at the Great North CityGames in Newcastle and Gateshead on September 10.

The Kenyan will make his CityGames debut by trying to replicate the speed which has seen him fly to 45.50 for 400m and 73.10 for 600m, the latter set this year and being the second fastest time in history.

It will be interesting to see how he will fare against some of Britain’s best 400m runners as he lines up on the streets around the quayside area of the North East conurbation.

Last year Irish 800m runner Mark English coped best with the unusual experience of running 500m as he clocked 59.6 to beat the likes of Britain’s Rabah Yousif and Nigel Levine.

Rudisha’s finest moment occurred on British shores when he memorably front-ran a world record for 800m of 1:40.91 to win the London 2012 Olympic title and he will be keen to gain victory again at this end-of-year spectacular.

He is also in great form as well after retaining his Olympic title in Rio with a fast 1:42.15. With a range of events on offer from 100m sprints to the one mile distance, and including pole vault and long jump in a specially constructed multi sports arena on the banks of the Tyne, the Great North CityGames kicks off a weekend of first-class sporting action which encompasses the Junior and Mini Great North Run, the Great North 5km and finishes with the world-famous Great North Run on the Sunday.

The athletics action is free to watch, no ticket is required, and the event is broadcast live on the BBC from 2pm.