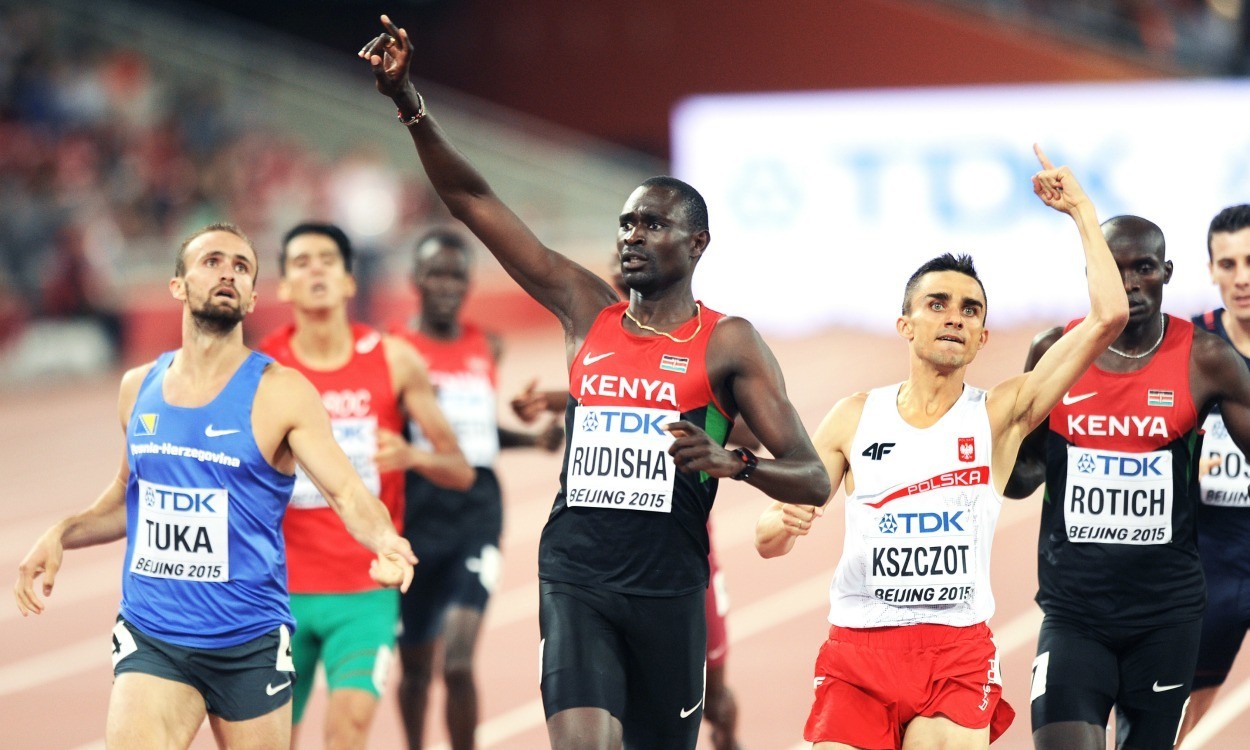 World record-holder David Rudisha reclaimed his mantle as world No.1 this year and goes into 2016 keen to defend his Olympic title

David Rudisha is a man who has achieved so much within the world of athletics that it would be difficult to imagine a list of runners for a major 800m race where his name did not appear among the favourites.

Yet there was a time when the Kenyan was just a small fish in a big pond. A time when he was worried about how he would stand up against his senior rivals in his first ever race in Europe, less than 12 months after becoming the world junior champion at the Bird’s Nest Stadium in Beijing.

“I remember my first race in Europe, it was back in 2007 in a small city called Malmo in Sweden,” Rudisha recalled, as we chatted earlier this year before the London Anniversary Games. “I went into it as an inexperienced young man, but it was one of the most exciting races I’ve ever done.

“I felt like ‘wow, I don’t want to come last there because I might become very disappointed’, but it was such an exciting moment for me because I graduated into the seniors without any problems.”

Winning the race in 1:45.10, an 18-year-old Rudisha smashed his personal best by over half a second. He defeated both 3:46 miler Alan Webb of the USA and Commonwealth bronze medallist John Litei.

“I was just happy to be in Europe and excited for the competition. At that time I was still in high school and I used to be very nervous competing with the seniors because I didn’t have the experience against them,” he explains, with his big smile a reflection of just how important that first breakthrough can still feel, even when you have since won 72 more races in your career, set three world records and claimed Olympic and world titles.

Though he had just made the perfect first step on to the senior circuit, it’s unlikely that Rudisha could ever have imagined how smooth his progression towards the world’s elite would be.

After his win in Sweden, the Kenyan remained unbeaten for the rest of the season, adding African junior gold and victories in Lausanne, Zurich and Brussels, three of the world’s most famous meetings, to his résumé. At the latter he ran 1:44.15, to improve on his PB by a further .95 of a second and ensure he ended the season in the world’s top ten.

During the next two years Rudisha would continue his rise toward becoming the biggest name in the event, even if he had no major silverware to show for it. Despite missing the Olympics through injury and failing to make the world championship final in 2009, with an improved PB of 1:42.01 the then 20-year-old ended the season as the new Kenyan record-holder and the world No.1.

Following the disappointment of Berlin 2009, Rudisha then went on a sensational 34-race winning streak, employing a new front running tactic. This period encompassed both an incredible 2010, in which he reset Wilson Kipketer’s 13-year-old world record twice in a week, and the world championship redemption in 2011 where he claimed gold. Though his run would come to an end a few weeks later, it did not halt his momentum as he headed into the Olympic year.

Instead he would record another unbeaten run that would last until after he had left the Queen Elizabeth Olympic Park for the final time. Having already asserted himself as the fastest 800m runner in history, the world record-holder then produced the performance of the 2012 Olympic Games. 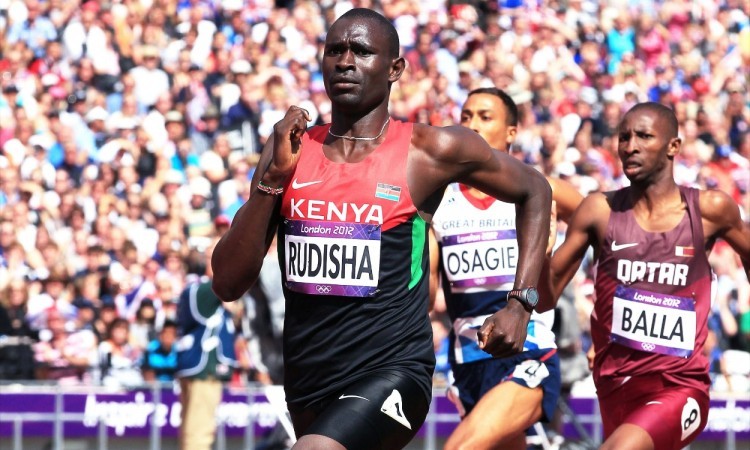 Leading from start to finish, Rudisha stretched away from his rivals with ease and started to focus on the clock. Despite slowing in the final 200m, the Kenyan maintained his fluid running style, with his arms pumping past the height of his forehead, that was now a picture of pain and concentration.

Romping home in 1:40.91, he had done it, he crossed the line to a world record and a gold medal. He left the 80,000 fans in the stadium, who had been roaring him on, absolutely speechless.

Not only had he become the first man to break 1:41, achieving both world and Olympic titles in tandem, he’d done it all by the age of 23.

Undoubtedly it was to be a joyous occasion, yet one that left him with a variety of new expectations and questions about what there was left to achieve in his career. “It’s always a tough situation whereby you find that after having achieved all these things there is a lot of pressure, a lot of demands from every corner.” he admits “Also your motivation to continue working hard and training hard is different.

“The best thing to do is to keep the people around that help you to try and stay positive. You try to forget what you have done, try to focus on the future.”

Among those around him to be prominent in their support and motivation are his family, particularly his five year-old daughter Charin Seyanoi, the elder of his two children, who is a big fan of the sport and often watches her father’s famous final with him.

Though she also joins Rudisha ahead of training runs for his warm up drills, she has already made it clear, that she will not be following in her father’s footsteps. “Sometimes when I go out she joins me doing the exercises and all that kind of stuff, but I asked her a few days later ‘Would you like to become an athlete?’ and she told me ‘I don’t want to’,” he smiles once more.

Having already asserted himself as the fastest 800m runner in history, the world record-holder then produced the performance of the 2012 Olympic Games … He left the 80,000 fans in the stadium, who had been roaring him on, absolutely speechless

While she may not follow him on to the track herself, you can be sure Charin will be there supporting her father, something Rudisha admits he really appreciates, even if sometimes she gives him a grilling. “I think it’s always good to have my family and the support they give, especially now that my girl is growing big and now she can ask me a lot of questions, last time when I went back home I remember the first question she asked was, ‘I saw you running, why did you come second?’ So it was a tough question to answer,” he says.

A tough question it may be, but one that he has already responded to. After two years ravaged by injuries, Rudisha came good at the IAAF World Championships in Beijing, taking victory in a rather different style.

Despite leading from the start as usual, the Kenyan was forced to rely on a final kick that had deserted him earlier in the season, having taken the race out in a pedestrian 54.15. After failing to drop his rivals in the third quarter, despite upping the pace to 26.45s, it looked as though it may go all the way to the line, before the Olympic champion produced a stunning 24.34 last 200m, stretching away with 150m to go and never looking back. Nine years after taking his world junior title in the same stadium he had returned with a vengeance.

Though retaining his world title hadn’t been necessary for Rudisha to maintain his legendary status, it silenced the doubters, who insisted his best days were over.

Now as he heads into 2016, for his tenth year as a senior athlete, all roads point toward a certain Brazilian city, beyond that, who knows? Although Rudisha insists there’s plenty more to come, saying: “I still have some good years left ahead. Our focus now is next year’s Olympics in Rio and then from there we’ll think on our future plans.”