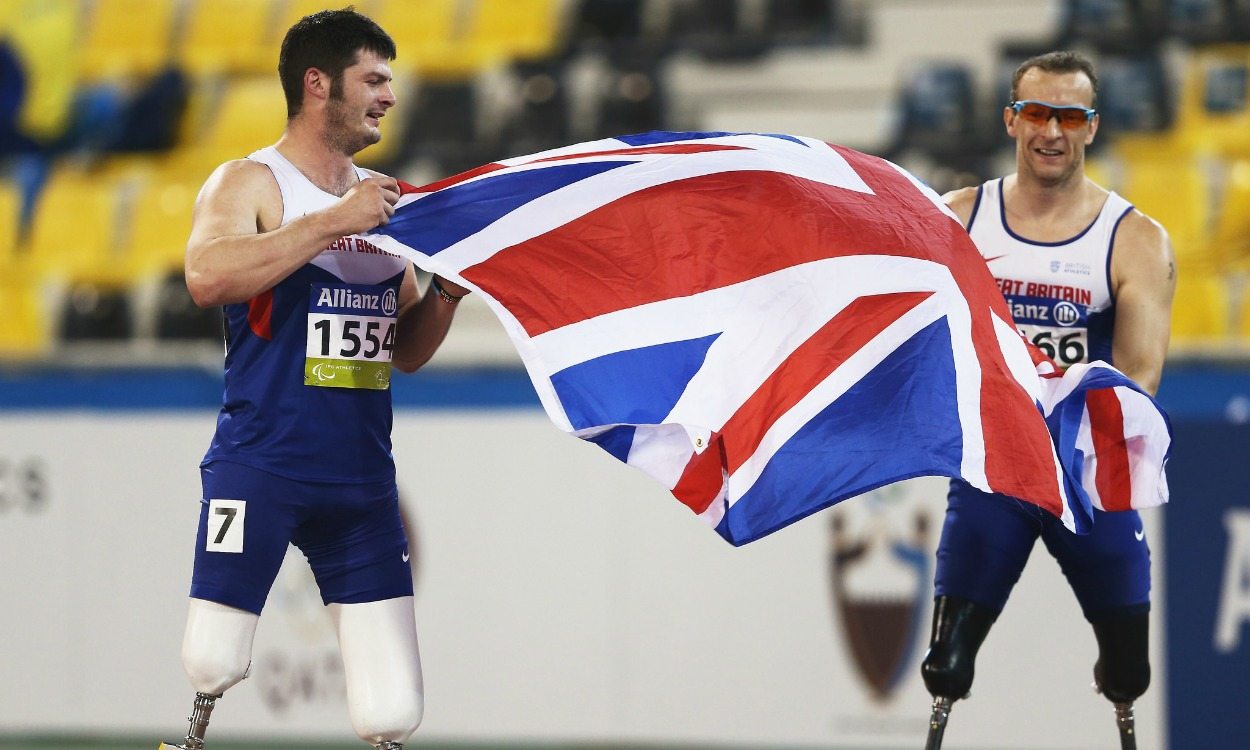 Gaining Paralympic Games selection in just his second proper competitive season is an impressive achievement but Britain’s Dave Henson is not going to Rio just to make up the numbers.

The former army captain lost both of his legs when he stood on an Improvised Explosive Device (IED) in Afghanistan in 2011 but now a two-time Invictus Games 200m gold medallist plus European silver medallist, Henson is looking forward to further proving what he is capable of on the track in Rio.

“Last year I very much felt like a beginner to the sport whereas this year I’ve learnt an awful lot of lessons and I feel like I’ve progressed quite rapidly,” the 31-year-old told AW. “Now I’m going into a Paralympic Games with just excitement.

“If this had been 12 months ago I’d have been an absolute nervous wreck,” added Henson, who is ranked third in the world this year with his 24.71 PB behind world record-holder and team-mate Richard Whitehead’s 23.03 for T42 200m. “Now I’m looking forward to the competition element and almost showing off in a way, showing this is how far I’ve come and what I’ve done.

“To have come so far so quickly is a bit of a testament I think to the hard work and dedication I’ve put in but also the support network that we’ve got around us.”

Working with sprint coach Roger Keller and his own brother Tom for strength training, Henson is based in the south of England and trains in either Southampton or Portsmouth or uses the Army facilities at Aldershot. The past couple of years have been a learning curve, Henson says, but his progress proves the work he has put in is paying off.

“Neither myself of my coaches are massively experienced, but we’ve been willing to learn,” he said. “The Army are still massively supportive of what I’m doing and how I’m getting on and they provide access to all of their sporting facilities for me.

Henson also has the support and guidance of his mentor Whitehead, who won T42 200m gold in London four years ago and has three world titles to his name. Both athletes are set to contest the 100m as well as the 200m in Rio.

“He has been in this game for an awful long time and he provides a calm reassurance that I need,” Henson said of Whitehead. “He gives that little bit of guidance, what the processes are, what’s going on. He has helped that learning process and helped me develop as an athlete.”

While Henson has progressed rapidly in athletics, one thing that has taken him longer to get used to is being seen as an inspirational figure for others who might have had life experiences similar to his own.

“The idea of being an inspiration still sits quite heavily,” he said. “I think that’s a massive amount of responsibility and I have shied away from it a certain amount before.

“As far as I’m concerned, I was someone that was just going through a rehabilitation pathway of some sort. For me that was athletics and I was just trying to achieve what I could achieve,” he added.

“I hadn’t set out to inspire people along the way but I am aware of what people take from it and actually, five and a half years ago I had legs and was running around in Afghanistan. To come from that through a massive trauma, learning to walk again and learning to run again, it hasn’t been easy. I think there is a message that people can take from it – with hard work and dedication, just because something bad has happened doesn’t necessarily mean it’s the end of the road, it just means you might have to do things differently.”

» Dave Henson competes in the T42 200m heats on Saturday September 10, with the final the following day, while the 100m gets underway on September 14