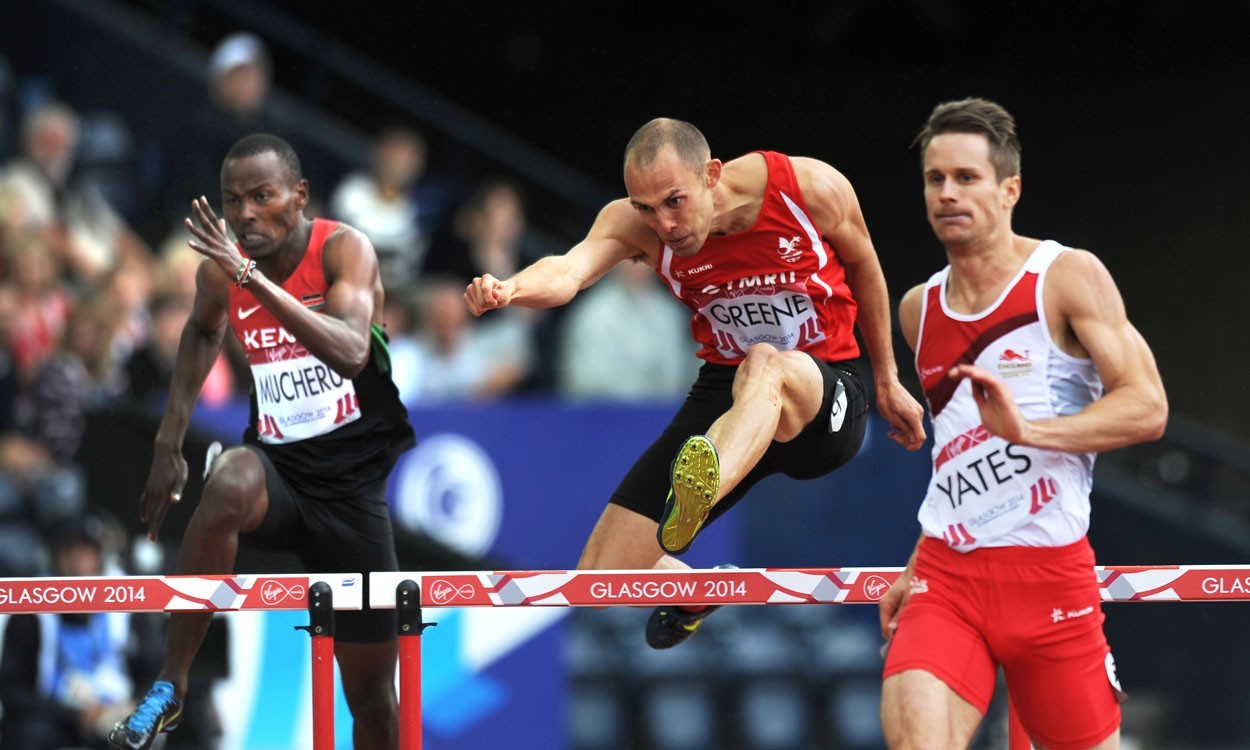 Defending champion Dai Greene blamed rustiness after failing to make the final from his 400m hurdles heat at the Commonwealth Games in Glasgow on Wednesday.

The Welshman was just fifth in his heat in 50.36 with only two sure to qualify for Thursday’s final.

However, after three recent hernia operations and a delayed start to the season, Greene admitted his expectations weren’t high.

The 2011 world champion, who had raced just once this season, said he was probably disadvantaged when the competition was cut from three rounds to two because of lack of entries.

Greene said: “I probably would have preferred a heat and then semis as I felt really rusty there. A few rounds I think would have suited me better.

“I did have ambitions of making the final, but I lacked that specific stuff – the speed endurance, hurdling at the end of the race. That’s the stuff I really missed and it showed today when I came down the home straight and I had nothing left.

Greene has been selected by Great Britain for the European Championships in Zurich, but that is subject to him gaining the qualification standard of 49.80 by August 3. His season’s best is just 49.89 and this was probably his last chance.

“I don’t think it’ll be wise for me to chase it too much,” he said. “It’s likely that’ll be the end for me, but I’ll have a chat with Malcolm (Arnold, his coach), see where I went wrong and, if we believe we can do better, come back and try and find a race.”

Greene was also asked about two positive drugs tests that led to Welsh squad athletes Rhys Williams and Gareth Warburton being withdrawn from the Glasgow team. The possibility of contaminated supplements is being investigated and Greene, who is friends with Warburton, is fully supportive of both the 800m runner and his hurdles rival Williams.

“Gareth texted me when he found out and I was quite upset about it. I know he’s not that sort of guy,” said Greene. “I know the ins and outs of the story in quite a lot of detail. I won’t say anything now, but hopefully they’ll get to the bottom of it and we’ll see they weren’t cheating but just being careless.

“Me and Rhys don’t really get on, but I know he’s not the sort of person to cheat. I don’t think anyone in the Welsh or British team honestly believe they have to try to dope to get an advantage.

“There’s bound to be a punishment. You can’t just get away with having steroids or whatever in your system but hopefully they’ll look at the situation. They’ve already being punished quite severely in terms of missing the Commonwealths as they’ll be too old for the next one.”

Williams and Warburton are set to face a UK Anti-Doping disciplinary panel.