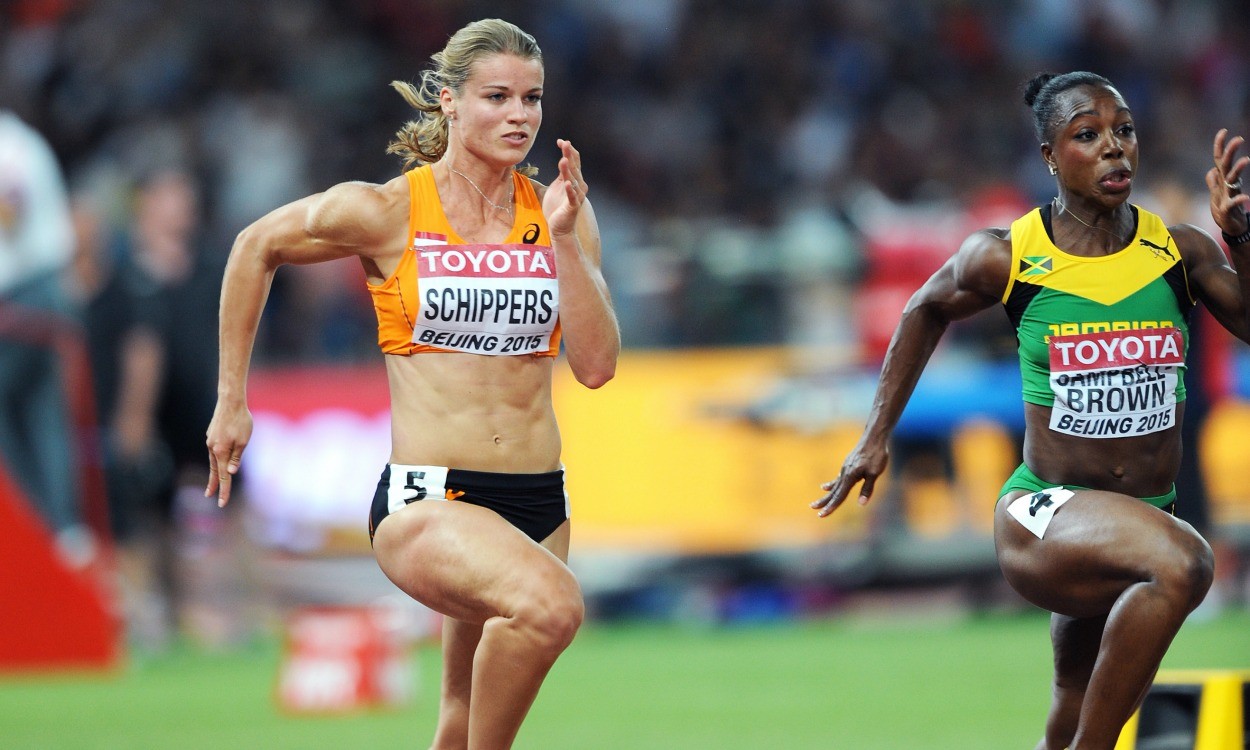 A round-up of some of the latest athletics news and results, including details of athletes on the host nation team for Amsterdam and performances at the Russian Championships

Schippers will run in the 100m, where she triumphed in Zurich in 11.12, along with the sprint relay, while Hassan will aim to make it a second successive European gold in the 1500m.

There are 26 men and 28 women selected and Churandy Martina will be a big hope in the men’s 200m along with Thijmen Kupers, who moved to fourth on this year’s European 800m rankings at the weekend when he won the trials in 1:45.25.

Eelco Sintnicolaas, the 2013 European indoor heptathlon champion, will be among the crowd favourites in the decathlon.

The full team can be found listed here.

Two-time Olympic gold medallist Yelena Isinbayeva, in her return to competition after maternity leave, won the pole vault during the second day of the Russian Championships.

She cleared 4.90m, which is better than the official world lead, on her third attempt and then had one attempt at a world record height of 5.07m.

European champion Anzhelika Sidorova was second with a 4.85m PB and Olga Mullina third with a 4.60m PB.

Dariya Klishina leaped to 6.84m in the long jump over Anna Misochenko with 6.69m and Yuliya Pidluzhnaya’s 6.63m.

Yekaterina Ivonina finished first in the steeplechase with 9:24.66 ahead of Yekaterina Sokolenko with 9:28.02. Favourite in the men’s steeplechase, Ilgizar Safiullin, was beaten by Viktor Bakharev – 8:25.81 to 8:25.34.

Aleksandra Gulyaeva won the 800m in 2:01.22 ahead of Svetlana Uloga’s 2:01.72 and Yelena Arzhakova’s 2:01.79. European indoor champion Ilya Shkurenyov scored 8292 points in the decathlon. Artem Lukyanenko finished second with 8055 and Yevgeniy Sarantsev was third with 8017 points.

The Meeting de Madrid 2016 has attracted a host of top performers, including local stars such as Ruth Beitia and Orlando Ortega as well as world class overseas athletes like Yulimar Rojas and Raphael Holzdeppe, informs the IAAF.

Weather forecasters predict a hot day on Thursday for the IAAF World Challenge meeting, with the temperatures ranging from 30-33 degrees Celsius during the evening.

Texas A&M freshman and the world’s best junior at 800m, Donavan Brazier has made the decision to pursue a professional career in track and field and forgo his remaining three years of collegiate eligibility.