Coping with the coronavirus: Scott Lincoln gets ready to adapt 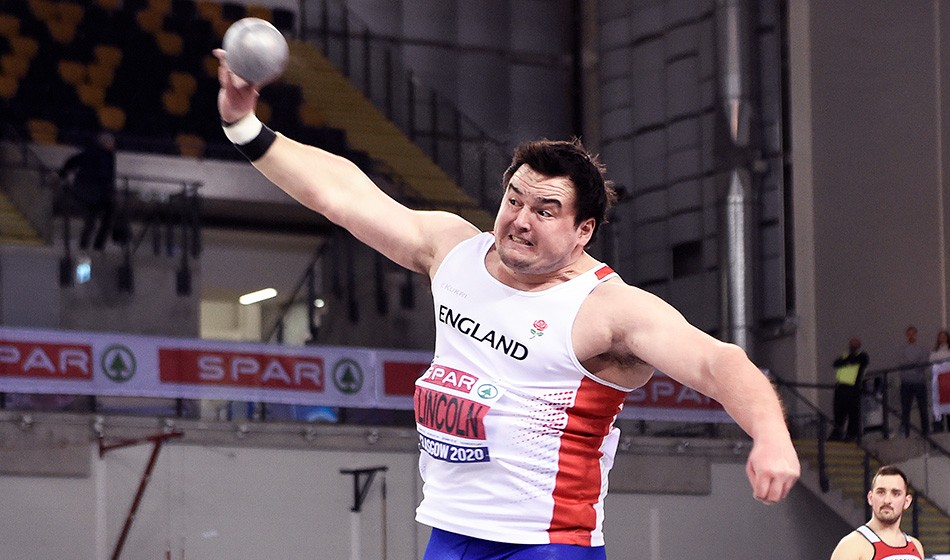 British shot put champion is using frustration as fuel for the fire, with competition and training plans changing due to the Covid-19 outbreak

Some of Britain’s top athletes are sharing insight into how they are coping during the coronavirus outbreak, which continues to cause great uncertainty and disruption to training and competition. Here 10-time British shot put champion Scott Lincoln talks about his own situation and shares some advice for other athletes in a similar position.

“Stay safe … and take all of the frustration of not being able to compete to the track or field when we are able to!”

“If I’m totally honest, I have a lot of frustration,” says Lincoln, who won his 10th British shot put title in Glasgow last month.

“All the hard work we have been doing through winter, and yet we don’t know when we can actually compete. But at the end of the day, there is nothing we can do, it’s pretty much a waiting game.

“As of now, the club I train at, City of York AC, have cancelled all sessions until further notice. It has sort of come quicker than expected, but me and my coach Paul Wilson are really good at adapting things. So we have three options, really. We can try and find another throwing circle nearby, we can find some concrete somewhere or make some concrete somewhere – being a builder helps! Or the third option is to buy a plywood sheet, which I will be doing anyway and storing as a worse case scenario, and throw off of that. I have a stop board that I can attach to it, I have a few places in mind where I can put it.

“The weight lifting and everything else won’t be an issue for me luckily, as I’ve already got my own lifting facilities that I have built up over the years. It’s in a warehouse my dad owns for work, not far from where I currently live.”

First throwing session in the emergency throwing man cave was a success! 😝 pic.twitter.com/o1nQkBAzRS

“My three-week warm weather training trip is booked for April 1 in Portugal,” explains the 26-year-old. “It’s currently still on at the moment but I can’t see it being a possibility. I have heard the track over there is closed until March 29, so it’s cutting it fine anyway. Over the next week or so, I can see my flight being cancelled, so it will be a matter of staying home and trying to get the same training block in at home and hope for the best.

“It’s a pretty difficult situation because you can never really plan for something like this. We always like to have a plan B for things that could happen, such as not getting selected for things, but things like the virus, it is just crazy, nobody could have planned for how serious it has got so quickly. So again, it’s all just about how you adapt.

“We are still training to open our summer season at the same time and all we can do is just hope that it starts to get under control soon!

“So far, I have only had the European Throwing Cup postponed, so I guess it’s just a matter of keep training hard like I have been, get some consistent throws in and just keep positive that we will be able to compete soon.”

“I think the best advice I could give is just to not panic, stick to plans you already have made and take everything day by day, week by week to plan when you can get ready to compete,” Lincoln adds.

“I think the most important thing is for everyone to stay safe and listen to what the government say regarding the coronavirus, and take all of the frustration of not being able to compete to the track or field when we are able to!”