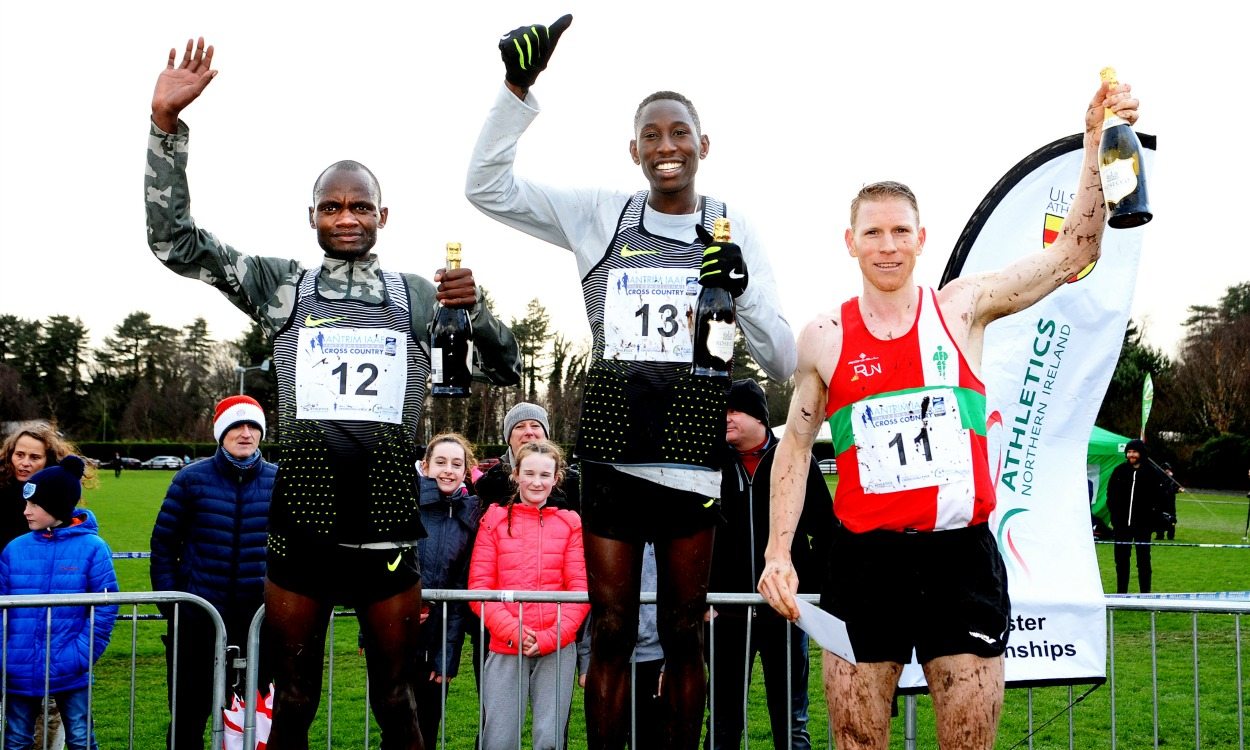 It was a Kenyan double at the Antrim International Cross Country in Northern Ireland on Saturday (January 14). Olympic steeplechase champion Conseslus Kipruto took the men’s race with a late sprint, while Caroline Kipkirui opened up a winning gap early on in the women’s contest, Malcolm McCausland reports.

The mild conditions surprised many who were expecting snow but frequent showers and the recent rain made for treacherous underfoot conditions that caught out more than a few as the afternoon progressed.

No problem, however, for fleet-footed Kipruto who broke away along with Abraham Cheroben after a speedy opening circuit of four. Only Great Britain’s Andy Vernon gave any serious chase and he was still only 30 metres back with a lap to run.

But the Aldershot athlete could not respond when the leaders picked up the pace in the final two kilometres as Kipruto and his former compatriot but now Bahraini started to jockey for the victory.

The pair entered the short final straight shoulder to shoulder but it was the steeplechase champion who had the superior speed to see him to a narrow win. Vernon ploughed on impressively in the soft going for third to match his placing in 2013 although surpassed by a runner-up spot three years earlier.

Kipkirui was rewarded for making the long trip from Kenya exclusively for the race. She put in a hard opening lap that seemed to catch her opposition off guard and left her with a 40 metres lead as she went to the country for the second time. 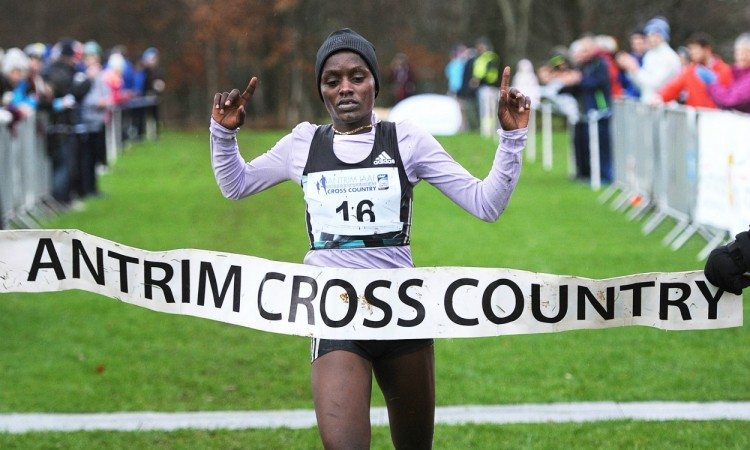 Ireland’s Fionnuala McCormack tried to fight back during the second circuit but was still well in arrears at the start of the bell lap. Worse was to follow for the two-time European Cross champion as she lost a shoe out on the back of the course and with it all hopes of a hat-trick of victories at the meeting.

Meantime, Kipkirui took advantage of her rival’s misfortune to come home well clear of Ethiopia’s Gotytom Gebreslase and Birtukan Adamu, while a disconsolate McCormack had to settle for fourth.

Jonathan Shields gave up an afternoon watching his beloved Blades to take part in the junior men’s race. The City of Sheffield athlete was soon at the front of affairs and moved impressively away to win from North teammate Hugo Milner and home favourite James Edgar from the City of Lisburn club.

» See the January 19 edition of AW magazine for more in-depth coverage, including reports, pictures and results