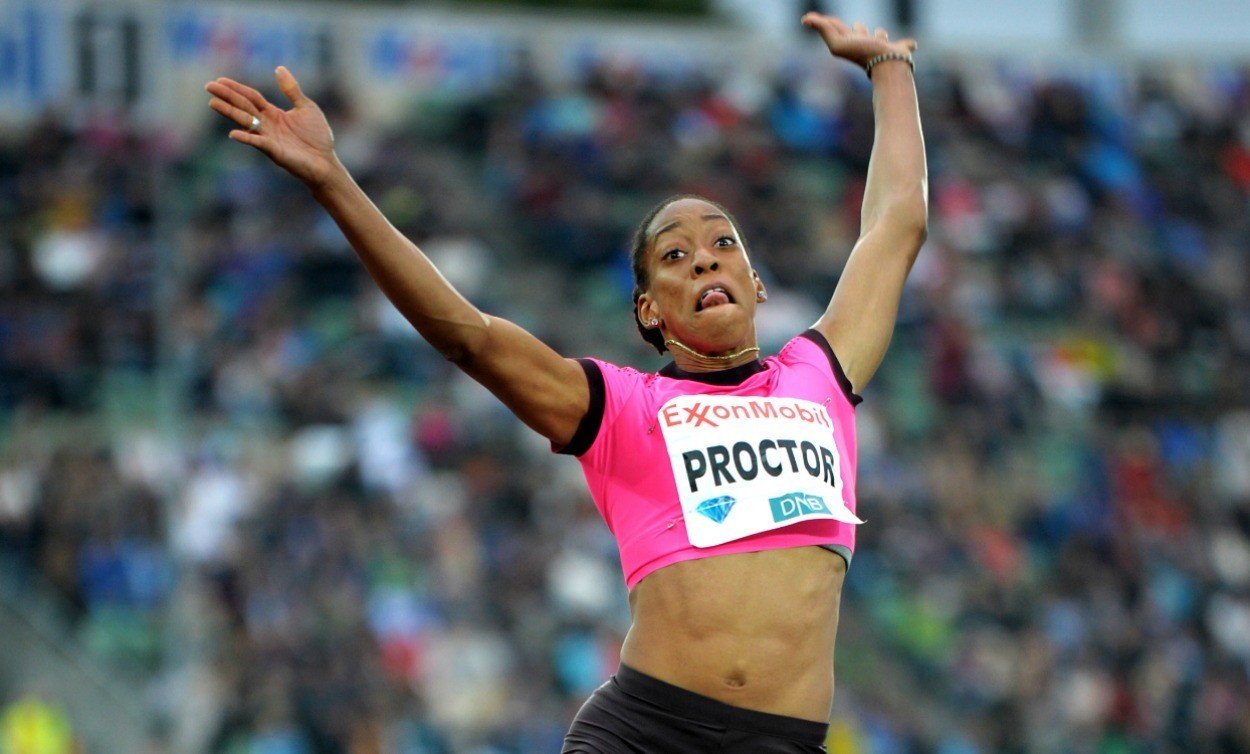 Levern Spencer leads the St Lucia team in Glasgow and in this season’s Commonwealth rankings she leads the high jump entries too with her 1.96m clearance from April, a height two centimetres down on her personal best.

Jeannelle Scheper joins her on the team, the 19-year-old having cleared 1.91m at the beginning of July to form part of an entry list which includes five athletes who have cleared 1.90m or higher this summer.

Australia’s world youth champion Eleanor Patterson is also among them, as is Leontia Kallenou of Cyprus, who arrives in Glasgow with a 1.92m national record under her belt from May, and England’s Isobel Pooley who equalled her PB in clearing 1.91m in June.

Representing the host nation are Emma Nuttall, Jayne Nisbet and Rachael MacKenzie, who have all also set personal bests this year.

Australia’s Alana Boyd looks set to continue her nation’s dominance in this event at the Commonwealth Games as the reigning champion goes into the competition with a season’s best which is 20 centimetres higher than any other Commonwealth athlete has achieved this summer.

With 4.45m cleared in Cardiﬀ earlier this month, Zoe Brown broke her Northern Ireland record for the ﬁ fth time in 2014 and will surely look to add to that tally in Glasgow.

Canada’s Alysha Newman sits third in the rankings with her 4.41m personal best from earlier this year.

Sally Scott and Katie Byres are England’s two representatives while Henrietta Paxton goes for Scotland and Sally Peake for Wales.

With the event missing England’s Commonwealth rankings leader, Katarina Johnson-Thompson, Blessing Okagbare will be the one to watch here if she chooses to compete as she is also entered for the 100m and 200m and forms part of Nigeria’s 4x100m relay squad.

England’s Shara Proctor sits close to Okagbare on season rankings though with 6.82m. Joining her on the England team are Lorraine Ugen and Jazmin Sawyers.

Looking to make the most of the home support will be Jade Nimmo and Sarah Warnock, the latter having leapt a 6.42m PB to claim UK bronze behind Sawyers in Birmingham. Nimmo’s best of 6.47m was set in 2012.

As Kimberly Williams and Shanieka Thomas lead the Commonwealth rankings as the only two athletes who have leapt 14 metres or further this year, the title looks likely to stay with Jamaica.

Australia’s Linda Leverton leapt a lifetime best of 13.93m in Melbourne in April, while Trinidad and Tobago record-holder Ayanna Alexander – entered for both the long jump and the triple jump – also features in the top five this summer with 13.86m.

Ranked fifth this summer is England’s Yamile Aldama, the 42-year-old 2012 also having jumped a windy 14.05m earlier this month. Joining Aldama on the England team are Laura Samuel and Chioma Matthews.