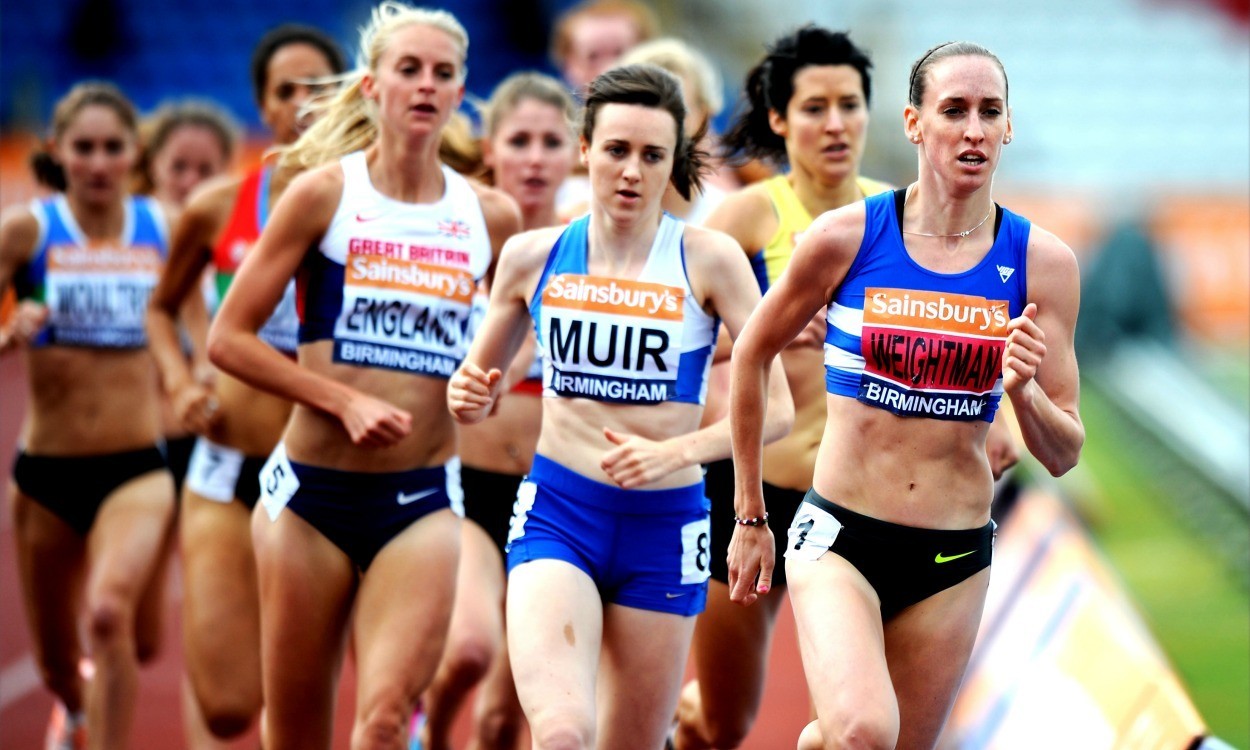 World champion Eunice Sum has lost one race this year – to American Ajee Wilson – and tops the Commonwealth rankings with her 1:57.92.

Third in that race was Uganda’s Winnie Nanyondo, who has improved her PB by nearly three seconds this year.

Scotland’s Lynsey Sharp is in the form of her life and has been consistent in the immediate vicinity of the two-minute barrier this season.

England’s Jess Judd is another medal contender and could break the UK junior record of 1:59.75, having come within two hundredths on her season debut.

Canada’s Melissa Bishop and Jamaica’s Natoya Goule are the other sub-two runners this year. Aside from the favourite, Kenya have Janice Busienei and Agatha Kimaswai.

This has all the ingredients to be one of the races of the Games. The favourite will be Hellen Obiri of Kenya who clocked 3:57.05 when winning in Eugene at the end of May and with her team-mate Faith Kipyegon third in that same race (3:58.01), the pair look to be the likely protagonists.

All eyes will be on home-grown talent though with Scotland’s Laura Muir (4:00.07) and England’s Laura Weightman (4:00.17) in the form of their lives – a sub-4 clocking for the pair is imminent and with the backing of a partisan crowd who knows what may happen?

Hannah England cannot be discounted if she shows her true form with the experience of Olympic, world, European and Commonwealth Games behind her.

Mercy Cherono of Kenya heads the Commonwealth lists courtesy of her Rome Diamond League clocking of 14:43.11 and this gives her a nine second buffer over the next fastest athlete, compatriot Janet Kisa who clocked 14:52.59 in that race.

The other Kenyan, Margaret Muriuki has a best of 14:40.48 from the Bislett Games last year and they are the class acts.

Jo Pavey cannot be discounted in a fast run race even though in some cases she is twice the age of some of her competitors.

The scene is set for young Emelia Gorecka to shine too and her recent form has been excellent with a home-straight sprint finish victory over Pavey in a slowly run British championships.

Julia Bleasdale currently heads the rankings with 31:42.02 set at the Payton Jordan International back in May. Since then she has raced sporadically with a 15:11.68 5000m at the Rome Diamond League and an 8:48.90 over 3000m a week later in the New York Diamond League.

Top of the rankings is Paris winner, Flomena Cheyech Daniel of Kenya, with a fine 2:22:44 – a repeat of that will see her difficult to beat. Her compatriot Philes Ongori has a lifetime best of 2:24:20 set in Rotterdam three years ago and should figure at the front.

The third Kenyan Caroline Kilel has a best of 2:22:34 from last year in Frankfurt and all three are capable of winning.

The England contingent of Louise Damen, Amy Whitehead and Alyson Dixon will be looking to chip away at their current PBs and may be capable of a surprise.

Scotland’s trio of Susan Partridge, Hayley Haining and Joasia Zakrzewski will be hoping the fervour of the crowds lining the streets of Glasgow will inspire them to greater things.

Milcah Chemos and Purity Kirui are poised to seal a Kenyan one-two. Chemos is the reigning Commonwealth and world champion, while Kirui won the world junior title in 2010.

The battle for bronze is led by Australian runner Genevieve LaCaze. The 24-year-old has been in good form lately and has a season’s best of 9:33.19.

But with more than half of the field being from the home countries, there’s a good chance one of them can win a medal. Here, Eilish McColgan is the No.1 contender. The daughter of former Commonwealth champion Liz McColgan, she won the British title earlier this summer and has the ability to make the podium.

In addition, Scotland is represented by Lennie Waite, who was sixth in Delhi four years ago.