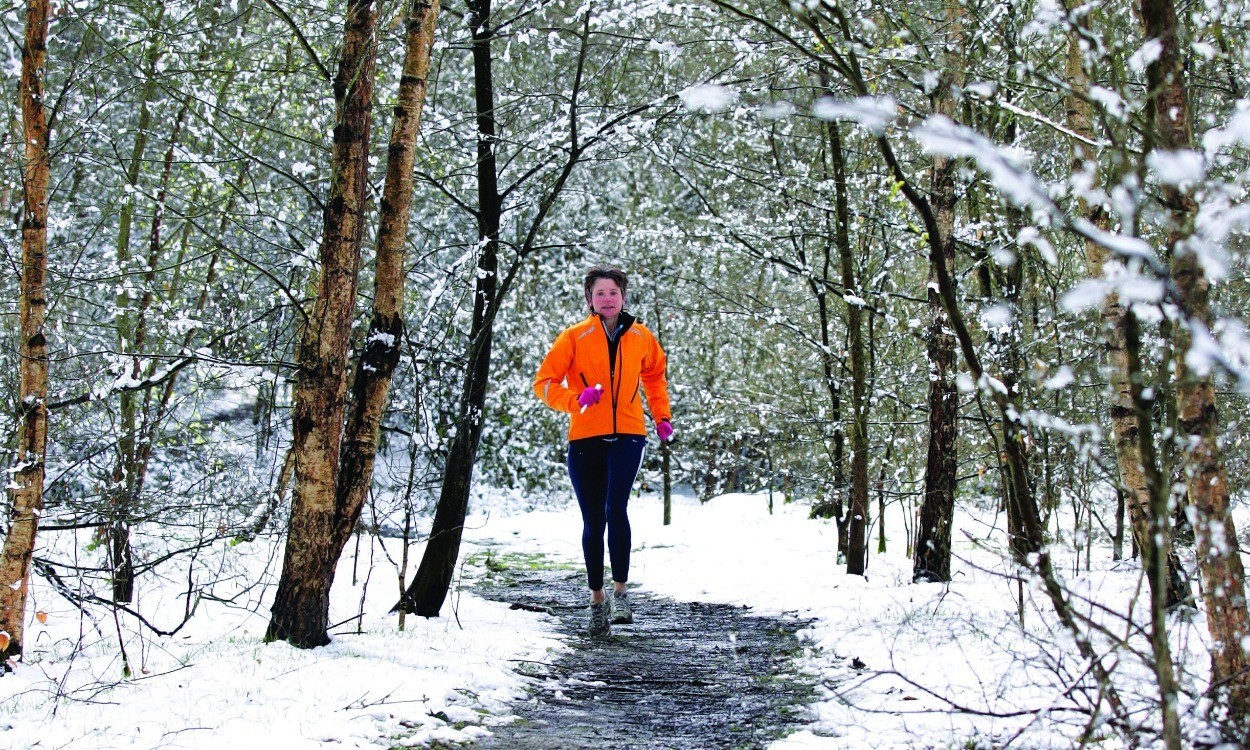 Study finds the cold weather is good for your running

Pulling on your training gear can require monumental levels of motivation when temperatures take their first serious seasonal dip. Yet the Arctic weather forecast for parts of the UK over the next few weeks is good news for runners.

Trials commissioned by the Winter Run Series and conducted at the specialist heat labs at St Mary’s University, revealed that training on a typical British winter’s day (7-8C) is less of a physiological and psychological burden than running in the average temperature of a summer’s day (22.3C).

Professor John Brewer, head of the School of Sport, Health and Applied Science at St Mary’s, recruited six trained male athletes to participate in the small study that required them to run 10km in 40 minutes on two different days and in the two different thermal environments.

Professor Brewer and his team first conducted tests to identify preliminary values, including a graded exercise test to exhaustion to establish aerobic capacity (VO2max). The oxygen uptake (VO2max) versus running speed relationship was then used to identify the speed equating to 70% VO2max. Next, the athletes then ran their 10km in the simulated winter and summer conditions.

The study also observed a big difference in sweat rate. A peak sweat loss of 1.3l after 40 minutes of exercise was recorded in the warm conditions, which was 38% higher than in cooler conditions.

“This study has shown that an improved physiological response in the cool conditions, evident by significantly lower heart rates and enhanced thermal comfort, can significantly improve an athlete’s chances of achieving a personal best time in a distance event such as a 10km run,” Brewer said.