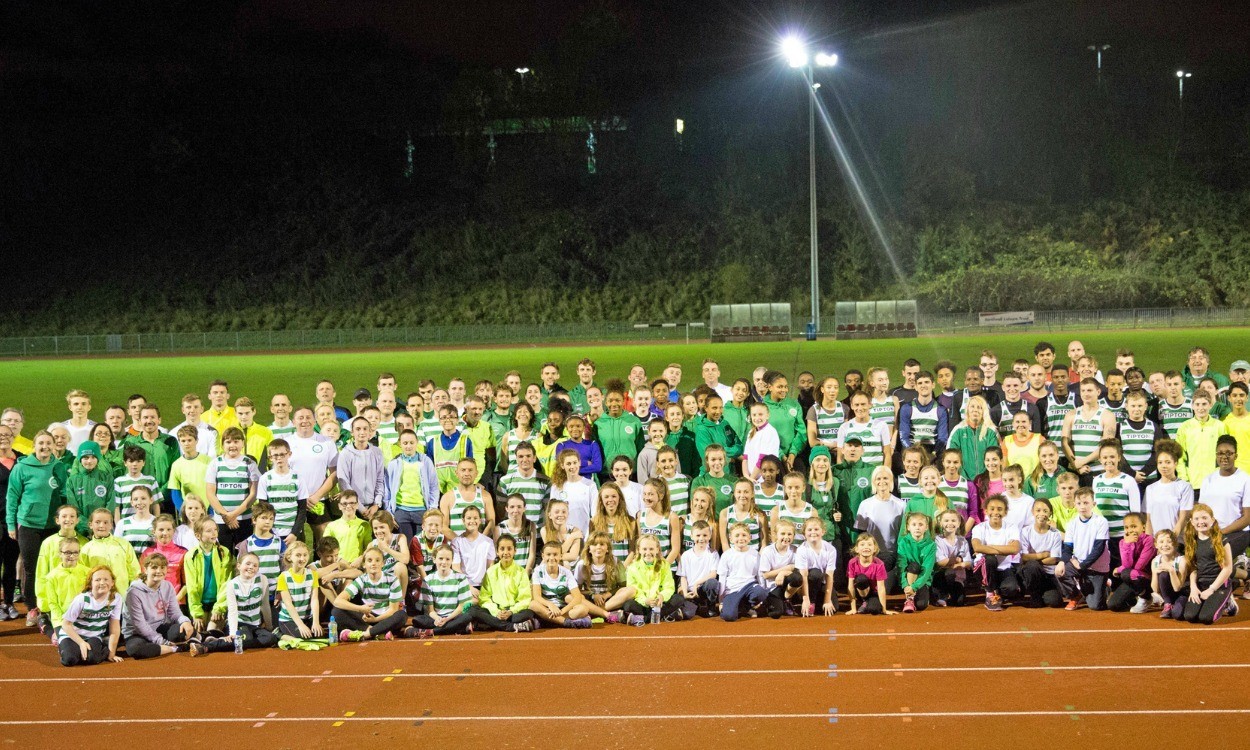 The West Midlands club has produced a steady stream of Olympic and World Championships athletes but stays true to its Black Country roots, writes Ruth Jones

Tipton Harriers began life as an arm of nearby Birchfield Harriers, but became a club in its own right in 1910, following a proposal from the then captain, Ernest Massey.

From the early days, the focus was on men’s cross country running, with women not invited to compete until the 1950s onwards. Early competition was often in the form of paper trails over open land, usually contested as inter-club matches.

The club has been based at several venues over its 105-year history, beginning at Waterloo Street, followed by a move to Palethorpe Sports Ground in 1936, where the owner, Inie Palethorpe – famous for producing popular meat products, was a generous benefactor of the club, charging minimal rent. The Harriers settled at the club’s current base at Gospel Oak in 1971.

The cinder track, football pitches, cricket pitch and social club that made up the Tipton Sports Union Trust was funded by a group of local businessmen and benefactors.

By the mid-1990s many of the club’s athletes had moved to nearby Willington School to train as the Gospel Oak facilities had fallen into disrepair, but a lottery grant resulted in the building of the current Tipton Sports Academy in 1998, which included the much-used floodlit synthetic track – resurfaced in 2013 – complete with full field event facilities and a covered stand.

Renowned endurance coach Bud Baldaro has been a member of the club since the early 1970s and through his connections with Birmingham University, a large contingent of the endurance squad have trained with him there, which in turn, has been a vital recruiting ground for the club.

Holden’s dominance was curtailed between 1940 and 1945 when the war stopped all athletics championships, but he bounced back in style to run for Great Britain in the 1948 London Olympic marathon, going onto win gold at the Commonwealth Games and European Championships.

The club trains on Tuesday and Thursday evenings, plus Sunday mornings from Tipton Sports Academy. During these times the club has exclusive use of the track and during the winter months the Harriers also have use of one of the sports halls within the Sports Academy complex. The endurance squads use a variety of road loops and canal towpaths for longer runs.

Tipton had a successful 2015, earning team medals at all major Midland endurance championships, along with Ryan McLeod retaining his British half-marathon title. McLeod, son of running legend Mike, has represented his country in the world and European cross-country championships on numerous occasions, as has former member Phil Nicholls, while Martin Williams contested the marathon at the 2010 European Championships and Commonwealth Games.

The club’s under-13 boys, under-20 men and senior men reached several podiums between them at this year’s Staffordshire and Midland cross-country championships, the Midland 6 and 12-Stage Road Relays, as well as at the regional cross-country relays.

Alongside Holden, McLeod, Nicholls, Hager, and Williams, the club has a rich history of producing world-class athletes. Ron Bentley held the 24-hour world record in 1973 when he covered 161.3 miles at Walton-on-Thames, while Andy Holden represented GB at the 1970 Commonwealth Games, the 1971 European Games and at the 1972 Olympics in the 3000m steeplechase, in the same year he broke the British record in 8:26.4, a time that still places him 21st on the all-time national rankings.

Alan Rushmer claimed bronze over three miles in the 1966 Commonwealth Games before also competing in the 1968 Olympics over 5000m and making two appearances in the European Championships in 1966 and 1971, while Mike Kearns held the British record for 1500m in 1977 with a still impressive 3:36.81. Tony Milovsorov ran 2:09.54 in the 1989 London Marathon, a time not bettered by a British athlete for another seven years, Eddie Wedderburn was another great steeplechase athlete, competing in the 1984 Olympics and the 1986 and 1990 Commonwealth Games, and Bev Nicholson and Marian Sutton were both acclaimed athletes in the 1990s, with Nicholson winning bronze in the 1990 Commonwealth Games over 1500m, and Sutton representing GB in the 1993 World Championships marathon.

The Tipton Games have been a popular fixture on the local calendar since 2000, featuring track and field athletics for all age groups, and the Andy Holden Memorial 5 is held every July, with the race starting from one of the club’s earliest training grounds on Sedgley Road East, before completing a circuit of the Dudley and Birmingham canals.

In 2015, the club hosted a series of summer open track and field meetings for the first time, incorporating BMC races.

The club also used to organise the now defunct Tipton 10, which saw 27 runners break 50 minutes in 1987, the race being held as part of the AAA Championships.