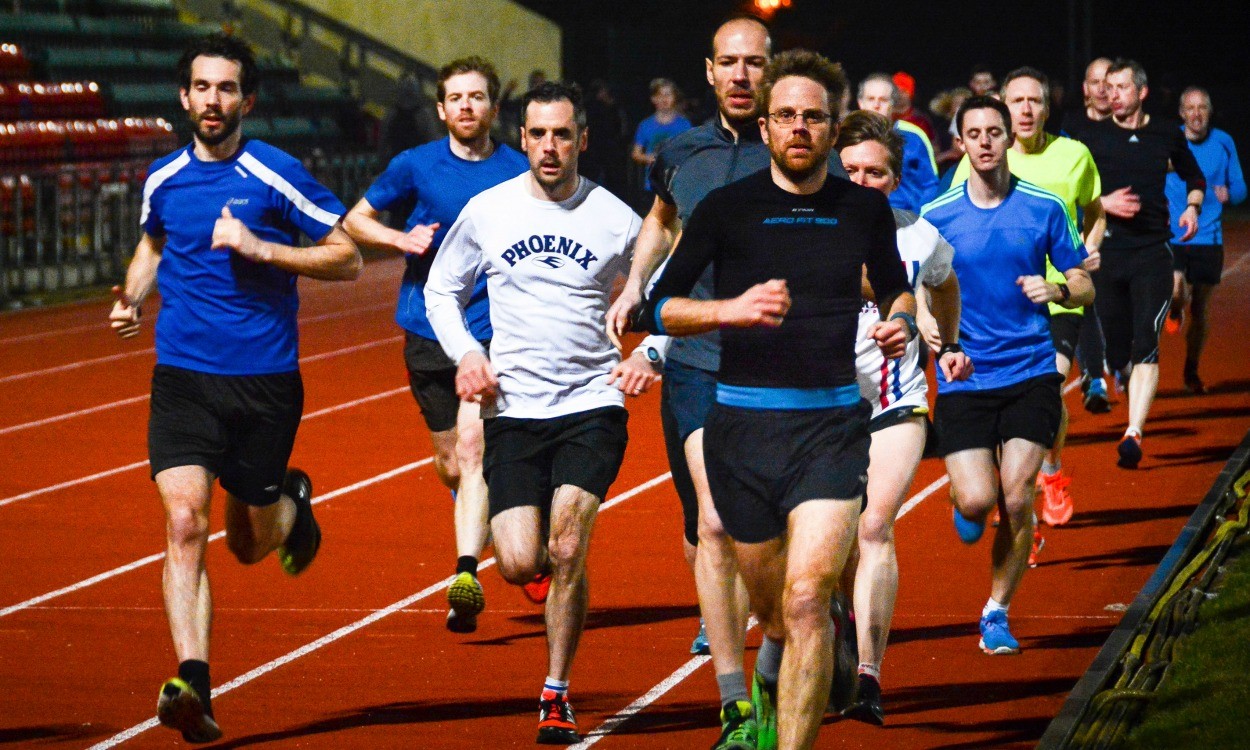 When Matt Paterson and 1980 Moscow Olympic 800m gold medallist Steve Ovett formed Brighton Phoenix in 1981, they wanted to take a new approach to athletics, which at the time was radically different. The focus was to respect the individual’s development and not be bound by old structures like leagues, the athletes choosing their own paths within what was clearly a performance-focused club.

This “inclusive excellence” is something still adhered to today. In the last 34 years, the club has stuck to its core beliefs by respecting the personal ambitions of the individual and helps every individual achieve their potential.

Ovett and Paterson still follow the club closely today. Both now live in Melbourne, Australia, where Paterson has coached Australian champions for years as a highperformance coach. Both believe the club ethos is a key reason why the club thrives and does well at all levels and age groups.

Based at Withdean Stadium, Phoenix offers training for athletes of all ages and abilities, who regularly compete across a range of disciplines and at various levels of competition. This is reflected in the Brighton Phoenix British Milers’ Club Races and Open Meeting held in May, with races for ages from under nine through to senior level. The club also puts on a very successful annual seafront evening 10km race in July. In 1998, the club opened their doors to triathletes and now boasts a membership of around 400.

The coaching team is led by Bigg, coaching director Malcolm Kemp, lead coach Bruce Warren, Commonwealth 800m semi-finalist Joel Kidger and the chairman for the last 11 years, Paul Collicutt. Mike Townley has been recently appointed as the new chairperson and is a specialist sports lawyer whose clients include the International Paralympic Committee and the British Triathlon Federation. Other alumni include Jeremy Freeman, who coached Jessica Judd to a world youth 800m bronze medal.

Wednesday is club night when all coaches and athletes come together at different times. The junior groups are split and by the age of 12 they progress upwards into groups depending on their distance or discipline. Before the age of 16 young athletes work on developing the fundamentals of running, jumping and throwing to provide a strong foundation to work off when they begin to specialise. In the week there are group training sessions including a Saturday track session and long runs, hills and tempo training as well as strength and conditioning.

Sessions vary depending on the time of year but keep an element of speed within the training all-year-round. A summer middle-distance-based session could be: 2x1000m off 3min followed by 8x400m oﬀ 1min.

A junior session may be: Drills with special attention to building plyometric strength, 6x200m with short recovery, finish with fast strides or short sprints concentrating on biomechanics.

» Want your club featured? Contact: [email protected] with some history and details of a typical session at your club