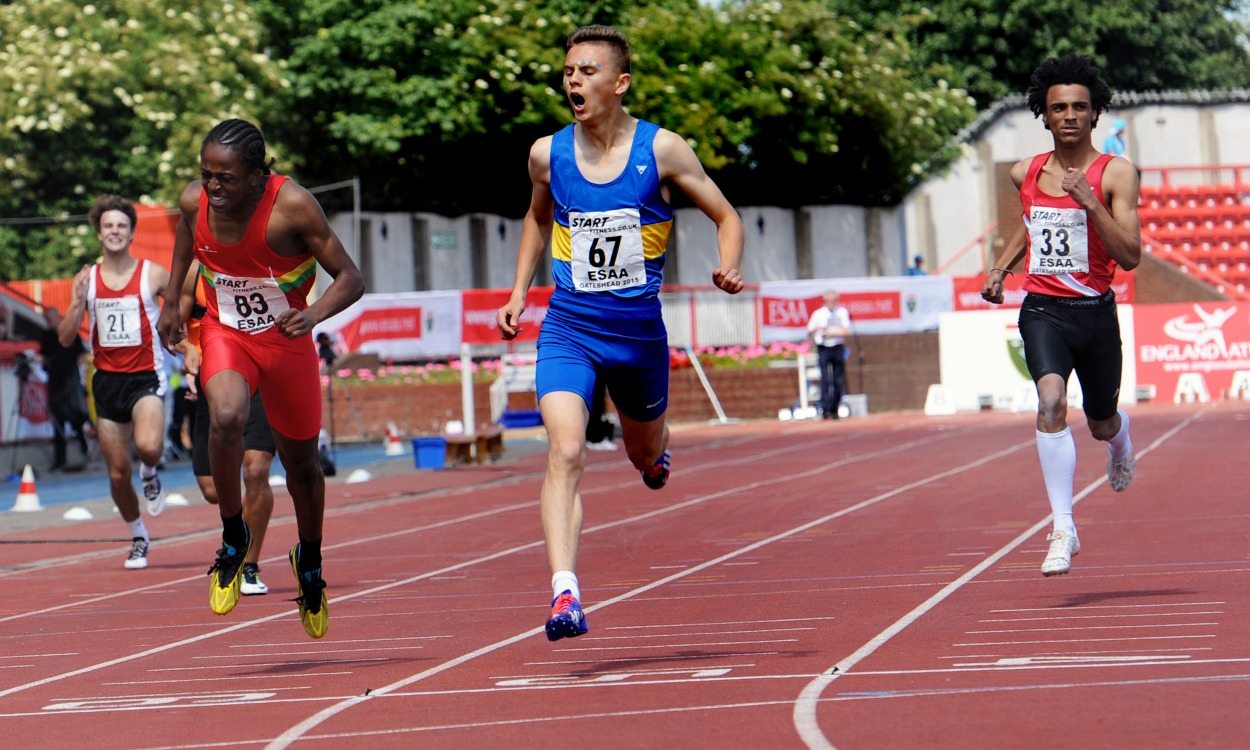 Around 2000 of the country’s top young athletes will descend on Gateshead on July 8-9 for the New Balance English Schools Championships.

Here we list some of the athletes to look out for. For a more in-depth preview see the July 7 edition of AW magazine and see the July 14 issue for coverage.

The 3000m could be an exciting race with Hugo Milner from Derbyshire and Isaac Akers from Leicester part of a good field.

Among the winners of last year’s intermediate age group is George Marvell from Hertfordshire, who has thrown the hammer 64.42m this year.

Chloe Esgbona from Cheshire won the intermediate 300m hurdles title and now as a senior she steps up to 400m hurdles with a best time this year of 62.18.

Jona Efoloko from Greater Manchester won the 200m title last year and goes into the 2016 event in good form.

Another reigning champion, Ellis Greatrex from Shropshire, will defend his 400m title and has run 47.47 so far this year.

Tilly Simpson of Derbyshire and Kathleen Faes of Kent are part of a strong 1500m line-up.

Max Burgin from West Yorkshire has run 1:54.36 for 800m this year, while Ben Pattison has clocked 1:54.56 – making them the two fastest British under-15 boys in history at the distance.

Dominic Ogbechie from London will be tough to beat in the high jump (see the ‘Young Athlete’ feature in the July 7 edition of AW magazine for more on the talented teenager).