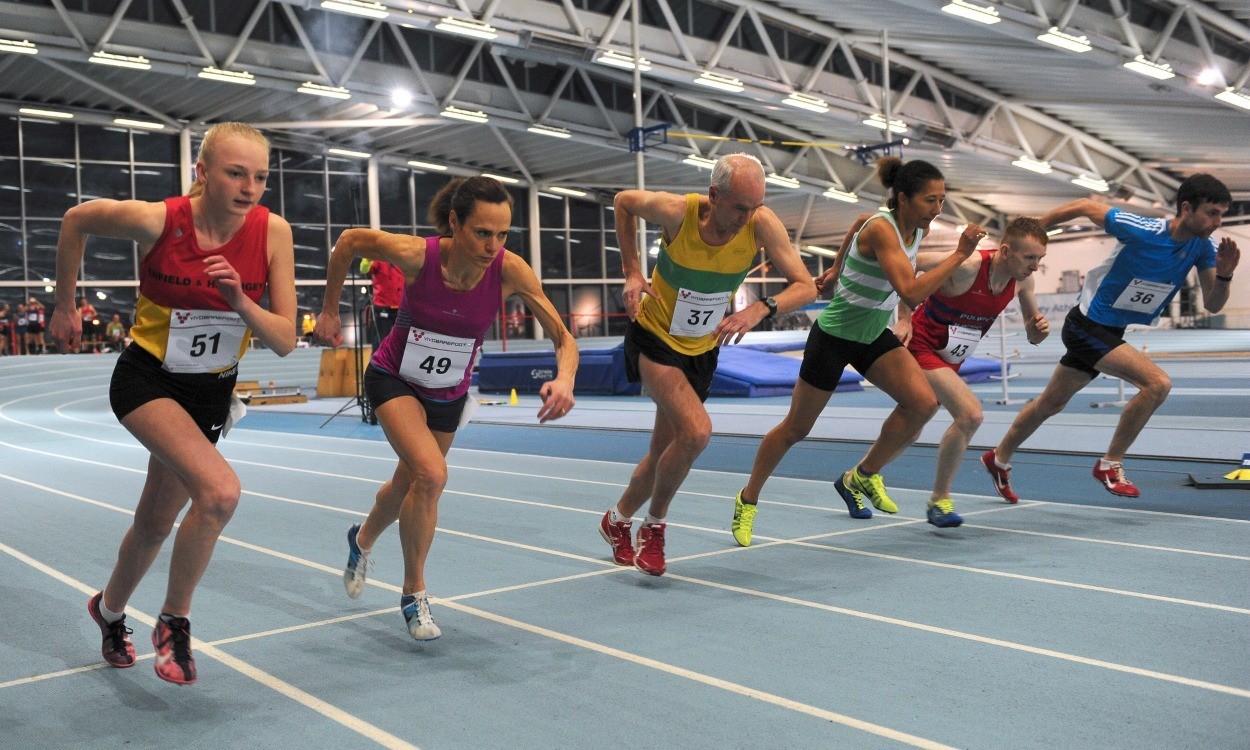 Making all her own pace, Elms (pictured above, number 49) timed 5:07.32 to take over a second off American Monica Joyce’s previous world indoor record for a W50.

Triple world masters indoor champion Elms was pleasantly surprised with the record as it was her first track race for a few months and she is currently in training for a marathon.

European masters 800m champion Tabor had more pacing help and making full use of it she took over ten seconds off the world W65 record with a 6:05.85 clocking. It was also ten seconds quicker than the outdoor record. The previous indoor record was 6:16.26 by Marie Michelsohn and the American still holds the outdoor record at 6:16.28.

Official results for non-BMC events hadn’t been posted by Friday but Paul Pollock followed up his recent sub-eight 3000m with a clear win in the first men’s mile race in 4:06 and Fiona Fullerton was the fastest women’s miler, and well inside five minutes.

» Further details of the meeting, together with Gary Mitchell photographs, will appear in next week’s Athletics Weekly magazine