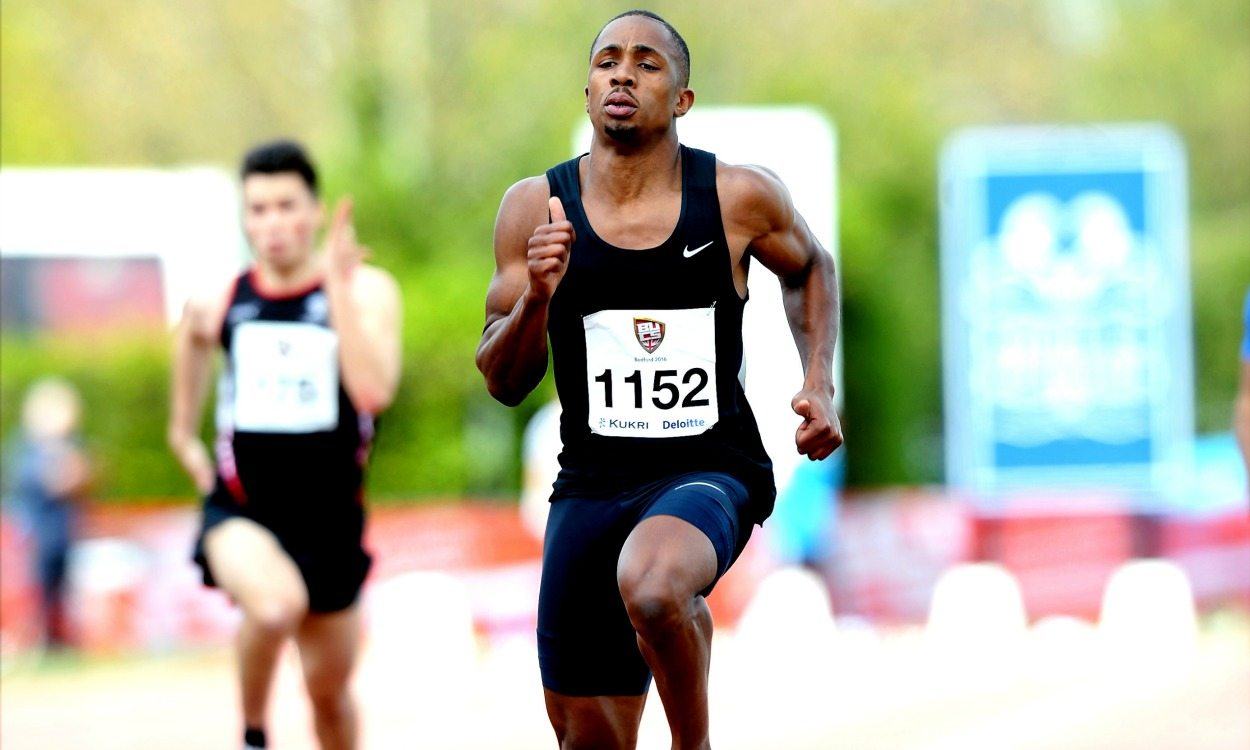 CJ Ujah equalled the British Universities and Colleges Sport (BUCS) championship record on Saturday as he cruised through his 100m heat on the first day of the competition in Bedford.

Competing for Middlesex University in his first run of 2016, Ujah coasted home in 10.23 with a near-perfect 1.9m/sec tailwind to match the time set by Oluseyi Smith from 2009.

“It’s alright but there’s a lot more in the tank. We’ll see what the conditions are like tomorrow,” said the 22-year-old British champion.

“Everything has been good and smooth for me. I’m feeling in good shape.”

BUCS indoor finalist from February, Samuel Osewa, and the reigning European junior silver medallist, Joseph Dewar, were also impressive in qualification, both clocking a time of 10.44.

Jenny Nesbitt transferred her good form from the roads and country over the winter on to the track in the 5000m as she cantered through to the final in 17:18.06, while BUCS indoor 3000m runner-up Annabel Simpson was also a comfortable winner in her heat.

Brunel sprinter Clieo Stephenson was the fastest in the women’s 100m heats in 11.76, 0.11 seconds ahead of Cardiff Metropolitan student Mica Moore.

Wightman followed up with a win in his 400m heat in 49.35. Last year’s 800m bronze medallist and reigning BUCS indoor 800m champion, Zak Curran, was the fastest in qualifying with 48.73.

Great Britain under-23 pair of Jacob Allen and Jonathan Davies were the quickest in qualifying for the men’s 5000m final, finishing in a commanding one-two in the second of the heats.

The first gold medal of the championships was claimed by Michael Pope in the men’s ambulant shot put, swiftly followed by Northampton University’s Lucy Marshall in the women’s hammer with a 57.74m effort ahead of Loughborough’s Alessandra Wall and Wolverhampton’s Sara Bobash.