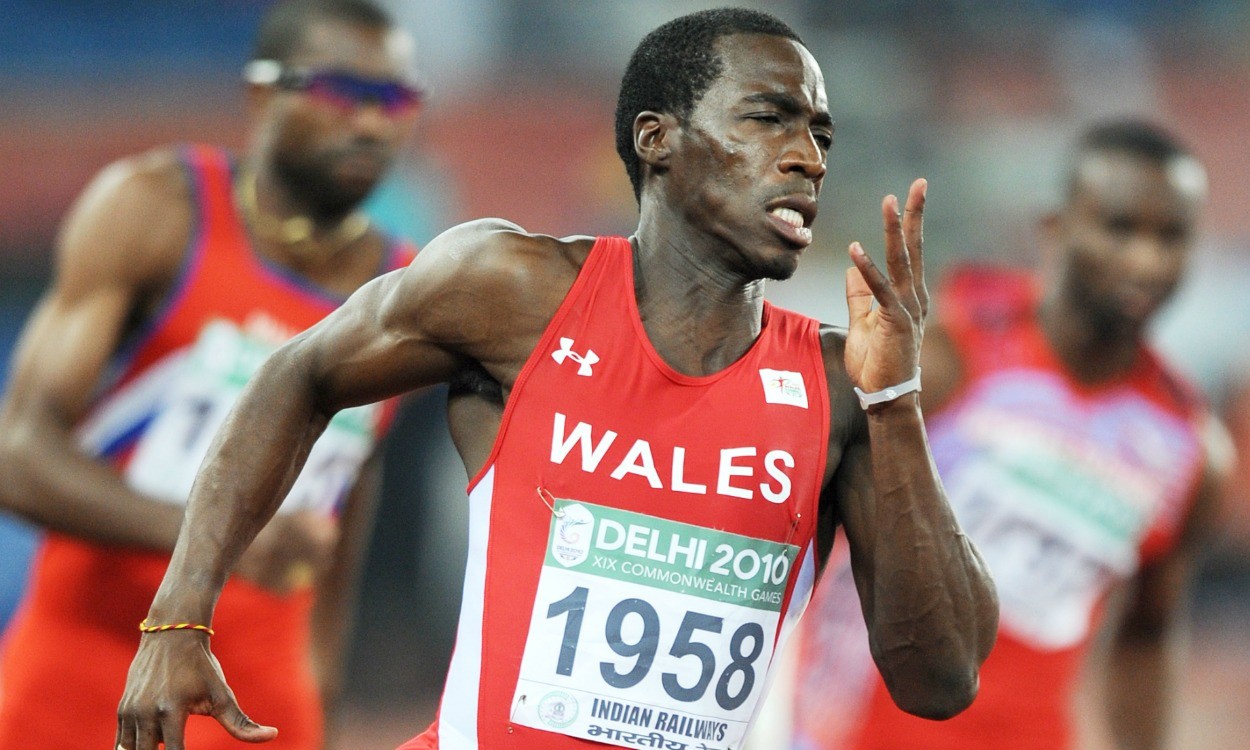 Christian Malcolm’s final outing in a Welsh vest was a winning one as the 35-year-old formed part of a relay team that clocked 40.62 for victory at the Welsh International on Tuesday.

After a 20-year career as one of Britain’s top sprinters, the four-time Olympian plans to hang up his spikes at the end of this season. He was joined in the Wales 4x100m relay team on his home track in Cardiff on Tuesday evening by Dewi Hammond, Gareth Hopkins and Sam Gordon as he ran the opening leg to help the team secure a comfortable victory over a USA quartet.

Before the meeting he had taken to Twitter to say: “Thanks for all your support. Overwhelmed! This will be my last race on home soil. Still hoping to continue for the rest of the season!”

More messages from fellow athletes and fans followed, with Malcolm adding: “Truly humbled and overwhelmed by the support I got yesterday. Thank you for coming down and all your tweets!”

Former world junior 100m and 200m champion Malcolm had been hoping to bow out at the Commonwealth Games, but the latest in a series of injuries in training limited his build-up to two races and a 21.96 best which was well outside of the Wales qualifying time.

As a junior he clocked 10.12 for 100m and 20.29 for 200m when winning silver at the first of his four Commonwealth Games in 1998. Other highlights of his career include a fifth-place finish at the 2000 Olympics, the year in which he won European indoor gold. The following year he achieved his 20.08 200m PB when reaching the final of the world championships. He was fifth in the final and remains third on the UK all-time list.

Also victorious at the Cardiff International Sports Stadium was Malcolm’s fellow Welshman Chris Gowell who clocked 3:58.25 to become the first man to run a sub-four minute mile on Welsh soil since Peter Elliott 25 years ago as he warms up for the Commonwealth Games where he will run the 1500m. His time in the ‘Ann Hill Memorial Mile’ – named after Gowell’s former coach who passed away in 2007 – is the quickest the US-based athlete has ever run the distance outdoors on a track and with it he sits fifth on the Welsh all-time list.

New Zealand’s Jacko Gill, the world junior shot put champion, warmed up for Glasgow with 18.99m for victory, while team-mate Angie Smit ran 2:02.78 to win the 800m which followed her success over two laps at the BMC Trafford Grand Prix on Saturday.

» Results from the Welsh Athletics International can be found here

Meanwhile, Laura Whittle was among the British athletes in action at the Spitzen Leichtathletik meeting in Lucerne on Tuesday.

The George Gandy-coached athlete enjoyed a perfect warm-up for Glasgow with a 5000m PB of 15:20.92 to become the seventh Brit to go sub-15:30 this season and go fourth on the 2014 UK rankings. She finished second behind Kenya’s Stacy Ndiwa in Switzerland.

Whittle, a Brooks ‘Super 7’ athlete who was recently featured in the July 10 issue of AW, will run the same distance for Scotland at the Commonwealth Games which will be her first major championship since she won the European under-23 5000m title under her maiden name of Kenney in 2007.

Also in action in Lucerene, Lawrence Clarke won the 110m hurdles ‘B’ race in 13.51, while Goldie Sayers finished third in the javelin with 60.32m.

» Results from the Spitzen Leichtathletik meet can be found here