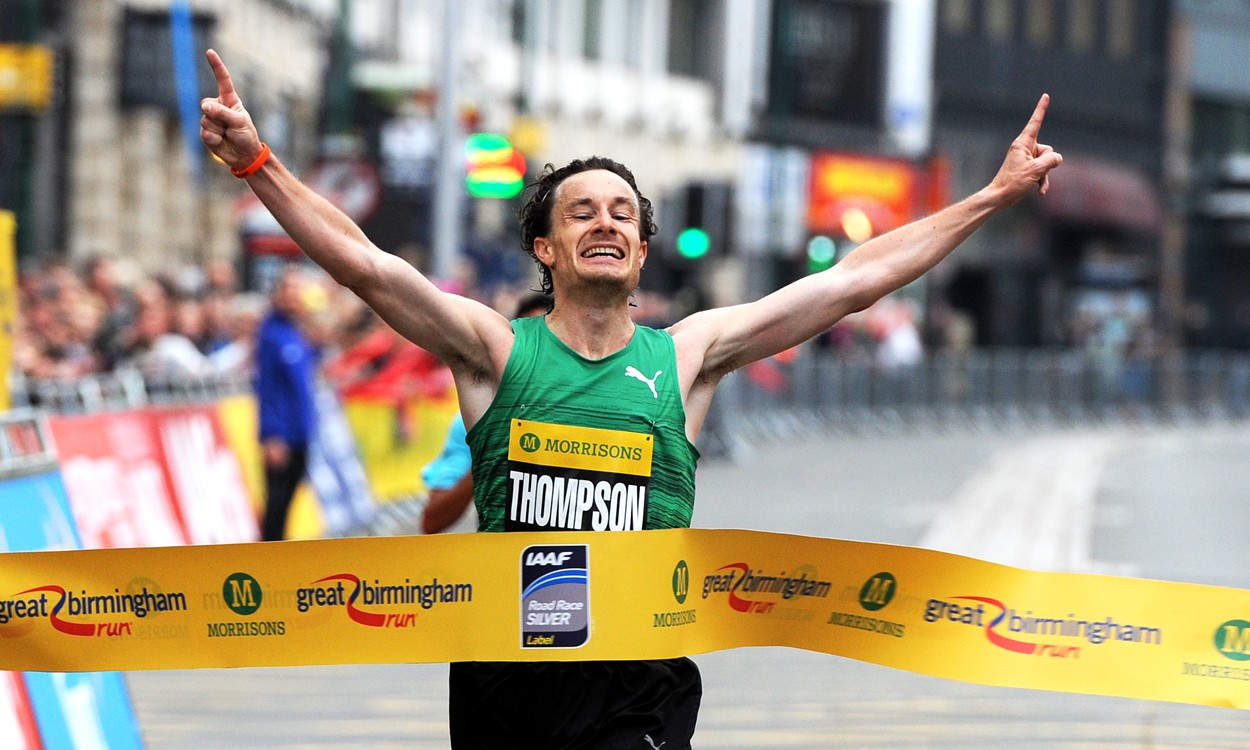 Chris Thompson will defend his Great Birmingham Run title when the half-marathon returns next month.

Victory for Thompson in the 2015 staging of the event marked a return to form following a lengthy struggle with Achilles and calf injuries.

While the 35-year-old will be looking to score two Great Birmingham Run victories on the bounce on October 16, the likes of Andy Vernon and Bashir Abdi will seek to make life difficult for Thompson, who finished seventh in the recent Great North Run half-marathon.

Nevertheless, Thompson is targeting victory back on the undulating course which he knows so well.

“I’d like to win in Birmingham,” he said. “I know the course well, which can be an advantage, especially on a course like Birmingham.

“I’ve done it a couple of times now and I know how to manage my body on it, even if I’m having a bad day,” he added. “It certainly helps you.”

Meanwhile, Vernon returns to the roads having represented Great Britain at the Rio Olympic Games, finishing 25th in the 10,000m clocking 28:19.36. The 30-year-old 2014 European silver and bronze medallist will be tackling his first half-marathon since finishing sixth in the 2014 Great North Run.

Abdi was fourth in this year’s Great North Run, clocking 62:03 in his fastest 13.1 miles over the course from Newcastle to South Shields. The Belgian will look to continue his progress with a strong performance on the road in Birmingham.

While Thompson and Vernon spearhead the homegrown hopes, there will be further competition from some European big hitters such as Mikael Ekvall, who represented Sweden in the World Half Marathon Championships in Cardiff earlier this year, Romania’s Marius Ionescu, who was victorious in last year’s Dusseldorf Marathon, and Ukrainian 10km record-holder Roman Romanenko.

There is still time to join the elite runners on the start line on October 16 and entrants for this year’s 13.1-mile race through the city – taking in famous landmarks including the Bullring, Edgbaston Cricket Ground and Cadbury’s – will be given priority entry on Friday to the Birmingham International Marathon to be staged for the first time on October 15, 2017.

Meanwhile, anyone who ran this year’s Great Birmingham 10km is eligible for an exclusive £10 discount to take part in the half-marathon.