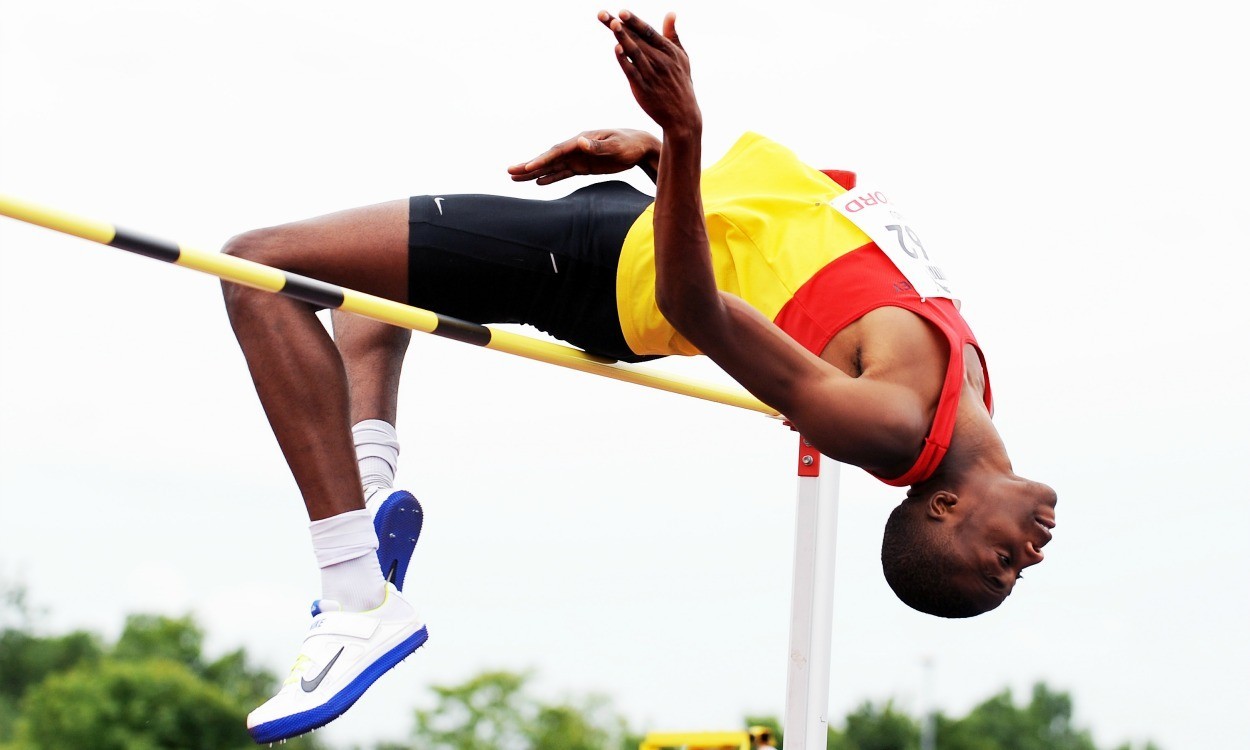 Motivated by underperforming at last year’s European Junior Championships, 18-year-old Chris Kandu believes that recently being named as one of the Jean Pickering Olympic Scholarship awardees will help ease some of the financial pressures leading up to this year’s IAAF World Junior Championships in Oregon, where the high jumper hopes to make amends for last year and perform to the best of his ability.

“I have been really motivated by the European Juniors,” says the Enfield & Haringey athlete. “I had entered the championships equal first in the European junior rankings, but I sustained a knee injury and I didn’t make the final. It was heart-breaking. However, the disappointment really motivated me, not necessarily to train harder, but to train more efficiently, as I don’t want to be in that position at a championship again.”

Having enjoyed a good winter, which saw him jump a PB of 2.22m to win the England Athletics under-20 indoor title, the ambitious teenager has high hopes for this year. The World Juniors is the main target, but if all goes to plan Kandu hopes he will have the opportunity to jump in bigger competitions such as World Challenge and Diamond League meetings to give him experience and confidence jumping with the world’s best. “I want to clear 2.30m this year,” reveals Kandu confidently.

Standing at 6ft 4in, Kandu already jumps well over his head, but the prospect of growing another couple of inches may help him in his quest to improve his PB those extra few centimetres. “I’m still growing, so hopefully I will be 6ft 5in by Oregon!” he says with a grin.

It appears that Kandu will make good use of the Jean Pickering bursary. He lives with his mum and sister in Enfield and trains with former GB triple jumper John Herbert at Lee Valley. However, Kandu also travels to Birmingham to train alongside 2012 Olympic bronze medallist Robbie Grabarz and to receive specialist high jump coaching from Fuzz Ahmed and Darren Joseph.

“I really didn’t expect this award and it feels very special to have been given it. Robbie told me that he got one prior to 2012 and it really helped. I have seen what he achieved and it motivates me to do the same,” explains Kandu, who has won six national titles in the past four years, including this year’s national under-20 indoor championships, indoor and outdoor age group titles last year, two under-17 indoor titles in 2011 and 2012 respectively, along with taking top spot in the UK School Games in the Olympic Stadium in 2012.

The money will allow Kandu to meet Ahmed and Joseph more often, which he feels will pay dividends in his progression as a high jumper. “I am at the stage where I need to learn advanced high jumping skills and gain experience. The Jean Pickering award will mean I have the support to go to Birmingham two or three times a month and learn new things.

“Just the other day I was training with Robbie and he told me how much I had progressed. I learn so much training with him. Having the funds not only takes the pressure off me, but also my mum and my coaches.”

» This is an extract from a two-page feature on Chris Kandu published in the May 1 issue of AW, which is available here or digitally here