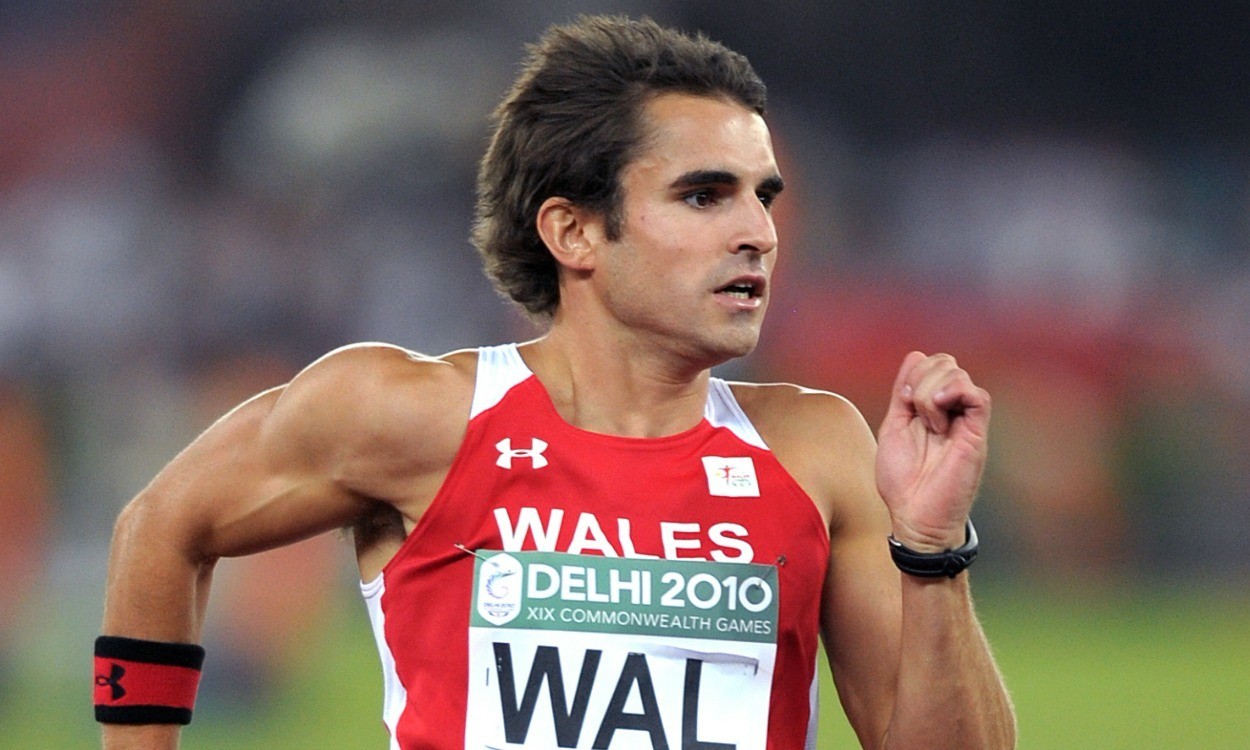 A revived training programme together with some promising track action has left Chris Gowell feeling more positive ahead of his return to the roads at the Medtronic TC 1 Mile on May 8.

The US-based Welshman does little to hide his dislike of racing, though his 3:57.29 for a Welsh indoor mile record in February along with 1:48.03 for one of his quickest-ever season openers in the 800m in March should certainly give him confidence ahead of a summer in which he’s targeting the Commonwealth Games in Glasgow.

Having switched his focus from mileage to speed, Gowell says a typical week includes two quality sessions and one long run of around 90 to 105 minutes with some added ancillary strength. What features in between depends on his work schedule and how his body is feeling.

With the mile and 1500m now his primary events, Gowell was pleased to have got the Welsh record at the David Hemery Valentine Invitational in Boston, particularly following the initial frustration of missing out on victory to fellow Brit Richard Peters. His record took 0.42 off James Thie’s decade-old mark set in New York in 2003.

“I’ve been working on self-doubt and general attitude in race situations,” said Gowell. “I hate racing, it’s awful. However, on the off-chance of a good race, it becomes worth it, until the inevitable misery of losing.

“In any case, it was my only shot at an indoor record and I relished the opportunity and pressure in its build up. I was extremely relieved and pleased to get the record after the initial disappointment of losing.”

Right now the Swansea athlete’s focus remains on the mile as he takes on a field including the likes of course record-holder and defending champion Nick Willis of New Zealand at the 10th anniversary Medtronic TC 1 Mile on Thursday.

“Back in September in Duluth, after weeks of rest and general excess, I ran a 4:00 mile (albeit downhill),” he said. “My hope is that with a little less binging and in season form, I’ll have a good shot at it.”

On the threat of the 2008 Olympic 1500m silver medallist, who ran 3:56.1 for the course record in Minneapolis last year, he added: “Nick Willis knows his way to the finish line, though, so it will be a tough race to win.” With a $25,000 total prize purse plus $10,000 course record bonuses up for grabs, the Rogue AC runner continued: “The student loans company are on to me, so if winning to pay that off isn’t motivation enough then there really is no hope.”

The event takes place just two days after the 60th anniversary of the first sub-four-minute mile and Roger Bannister’s historic mark is one appreciated by Gowell. “I have respect for the mile, there is no faking it,” he explained.

“I’ve read The Perfect Mile a few times and I look up to a lot of those guys, especially Bannister. Running was something they did, with grace, in addition to their daily toils. There was no pampering or excuses. Just good honest churn and great beer afterwards.”

Ten days after Minneapolis, Gowell intends to race a 1500m in California before taking a break with a few more US races ready to re-peak come Glasgow 2014. “Everything is geared toward the Commonwealth Games and a European season,” he said.

“Representing Wales in India was such an awesome experience. I love Wales and miss it every day.”