Charlie Hulson – A runner on the rise 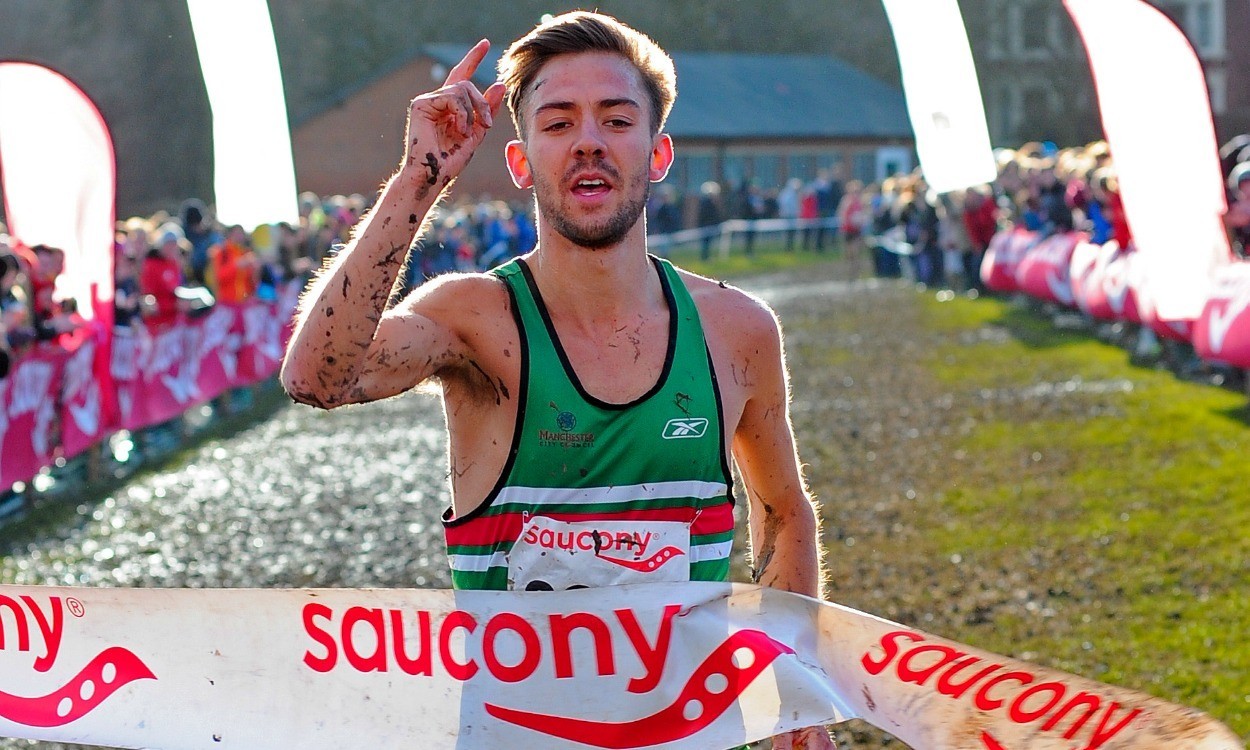 Charlie Hulson may have been Britain’s surprise cross-country No.1 last winter, but the 22-year-old is not content with comparing himself against the best in the country. Such is his determination he eventually wants to place a lot higher than his commendable 55th at the World Cross Country Championships.

“I ran well but I know how much work I’ve got to put in,” said Hulson, who in his debut in the event finished 48 places higher than former marathon world record-holder Steve Jones did in his first World Cross at the same age. “It’s a good run but nowhere near where I’d want to be.

“I’m young at the moment, but in future if I wasn’t up there I don’t really see the point in competing.”

Hulson’s Guiyang run was preceded by victory in the prestigious English National in February. While some of the Britain’s athletes ruled out the World Cross – albeit perhaps because of great uncertainty over selection due to British Athletics’ policy – Hulson felt it was important for him to be in China.

At the start of the season, the Sale Harrier would not have been the first choice of many to be first Brit at the World Cross. Although he had represented Britain at the Euro Cross the three previous winters, he was just 15th on AW ’s merit rankings for the 2013-14 cross-country season.

“I did want to make the World Cross team but at the start of the season a lot of people thought that was an unrealistic aim,” he said. That was especially the case when he was just 11th at the Liverpool trials for the Euro Cross, although he made the Samokov team as an under-23.

However, having got himself in good shape, he injured his foot in his first race of the cross-country season and then spent a month cross-training before resuming running just a week before Liverpool. He was 15th in Samokov but improved further with fifth at the Edinbugh Cross Country.

“I’m young at the moment, but in future if I wasn’t up there I don’t really see the point in competing”

A successful debut stint of altitude training in Kenya followed and set him up for a superb second half of the winter. His coach Paul Roden says: “Sometimes you don’t know athletes are going to adapt [to altitude] and in Charlie’s case he adapted very well.”

At Parliament Hill with a 19-second margin of victory over Andy Heyes, he added his name to a National roll of honour that includes legends such as Richard Nerurkar, Eamonn Martin, Tim Hutchings, Brendan Foster, Dave Lewis, Bernie Ford, Dave Bedford, Ron Hill and Mel Batty.

Going into the Inter-Counties recovering with a cold, he was just third – behind Andy Butchart and Dewi Griffiths. He said: “Maybe the standard wasn’t the best [at the National], but I think I showed what kind of shape I was in. In the trials I was in much better shape but I was so ill on the line and I found that race ridiculously tough, but then I had chance to go to the Worlds and prove what shape I was in.”

Describing the China race as his best of the season, he was second European-born athlete – denied the top spot by just one second and two places. “I was really appreciative of [British Athletics] picking me as I was so young and I went out there with the right attitude and that’s why I performed,” he said. “The experience is invaluable to young athletes. It was an amazing experience.”

Roden, his coach and a former international runner, is full of admiration for his focus. “He’s a really nice lad and it’s great to see all that hard work and dedication come to fruition and lay a foundation to progress his career from here,” said Roden, whose senior National bronze in 1993 was eclipsed by his protege.

“He has a lot of potential and as long as he continues as he is with his dedication it’s a foundation for him to progress over the next few years. If he’s lucky with regards to illness injuries I don’t see any reason why he can’t have a very good track season to back up his very good cross-country season.”

Hulson knows that making the transition to track success is an important and difficult step. Having formerly undertaken more races at 800m and 1500m than longer, he is now focusing on the 5000m in an effort to revise his PB of just 14:24.20.

Hulson, who trains around 70 to 80 “quality” miles per week including three speed sessions, said: “I want to start running quickly over 5km as soon as possible. Hopefully if I manage to work it well with work and manage to get the recovery in – as track work is harder on the legs – I should run the times I’m capable of as the last couple of years I haven’t got close to where I should be.”

That work is full-time at his father’s bakery and he has to rise at 6am in order to get in a run before starting. Despite being offered a lot of flexibility by his father, he admits: “I find the recovery hard and I find that just as important as the training. But until you get good enough you can’t expect to be a full time athlete.”

If determination were the only factor, he would be good enough already. Hulson travels 50 minutes to an hour to train in Manchester from his home in north Wales and, as Roden says: “He’s extremely dedicated and I think this year he’s got the balance right.

“As athletes mature, the overall lifestyle and all the little things, conditioning, easing down, etc, [have to be right]. He does exactly what I ask him to do and you can’t ask for much more than that.”

Much of his dedication comes from his love of running – ever since he took up his school’s optional daily pre-lesson cross-countries. The frequency might have been enough to make some quit but he explained: “I loved it and realised I was pretty good at it and joined a club for that reason and took it up.”

Training under Deeside AC’s John Messum at first, the Welshman chose athletics over swimming – at which he was also very competitive
and recalls he competed for North Wales – because he enjoyed it more. He says he has knuckled down over the last two to three years and is now seeing the benefits and he is aiming to compete for Britain over twelve and a half laps at the European Under-23 Championships this summer.

He is the first to admit he has a long way to go before making senior teams at global track championships, but the 2014-15 cross-country season has been a huge step in the right direction and Hulson clearly has the attitude to do so.