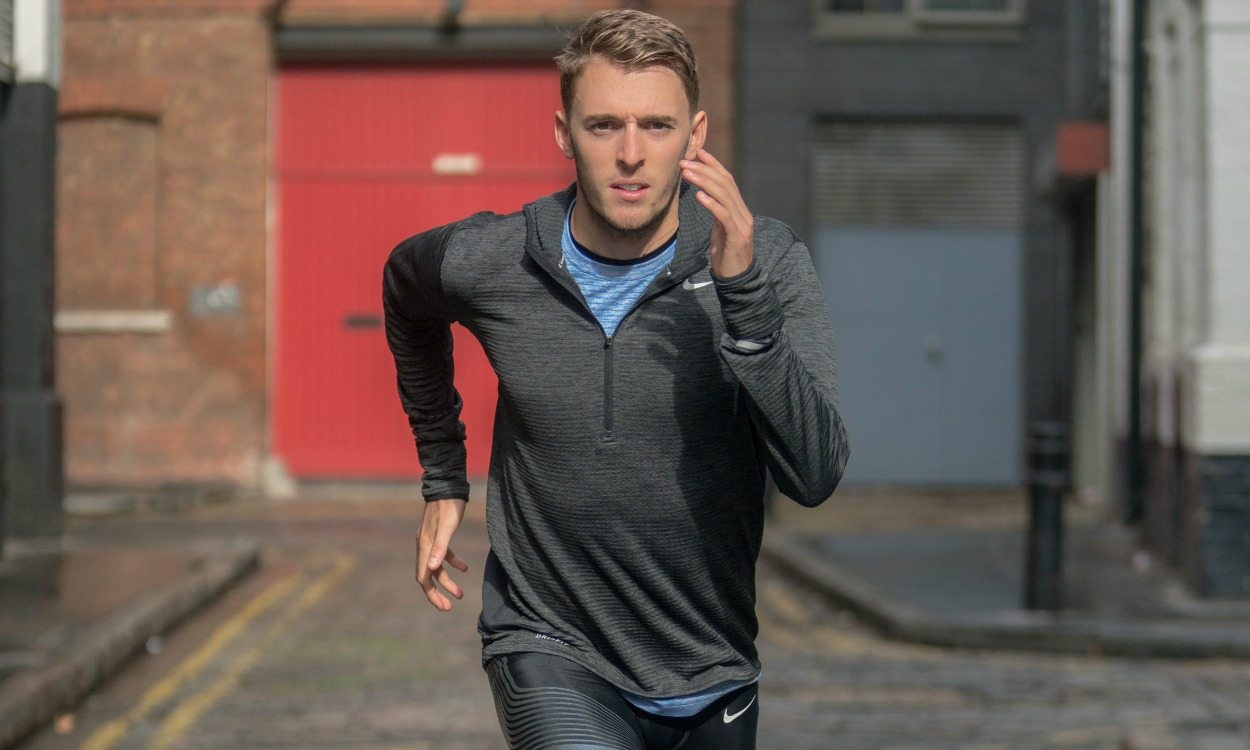 This year has seen Charlie Grice complete the set of making finals at each of the major outdoor championships, but as he looks ahead to the next Olympic cycle, being a finalist isn’t enough anymore – he’s targeting the podium.

Already a European and Commonwealth finalist from 2014, the five-time British 1500m champion finished ninth at his first IAAF World Championships in Beijing last year. He then went on to place 12th on his Olympic debut in Rio this summer, despite battling a plantar fascia injury to his left foot.

“I don’t train all year, all that hard training, to come last but it wasn’t meant to be and it has definitely added more fuel to the fire for next time,” he told AW after reflecting on Rio. “I know I’m not quite ready yet but it was still a great experience.”

Part of the reason Grice believes he has had such a strong season – one in which he has run quicker than ever over 800m, 1500m and the mile – is a training programme which has seen him work with Mo Farah and also go on high altitude training camps in Kenya, Ethiopia, Flagstaff and Font Romeu.

The 22-year-old’s involvement with altitude training now also extends beyond just doing it himself. Grice is also a business and sport science graduate of St Mary’s University in Twickenham, where he still lives and trains, and will soon be launching the website for ‘Affinity Altitude’, a company he started up with his fellow Phoenix runner Ray Matthews (pictured below with Farah) which provides bespoke altitude simulation products for athletes.

“It’s the way sport is going,” said Grice, who ran 3:33.60 for 1500m in Monaco in July. “You’ve got to look for these marginal gains. I’d say if you’re not using altitude training as a middle-distance or long-distance athlete then you’re missing a big trick. At the end of the day, the Africans are all using it, so why wouldn’t we try and mimic it? The research is out there – it’s hard facts. 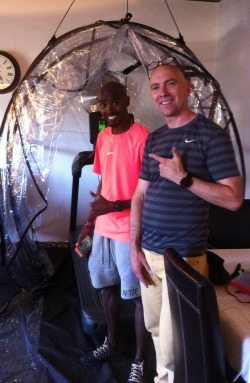 When it comes to athletes showing their support, it doesn’t get much better that having double Olympic and world champion Farah among those using your products.

“We helped his training by developing a tent for Font Romeu prior to the Olympics,” said Grice, who has had advice from specialists including physiologist Kate Spilsbury and British Athletics head of endurance, Barry Fudge, who he says has been pivotal in Farah’s success, ensuring he “trains smarter than the Kenyans”.

On what it’s like to train with Farah, Grice added: “He’s so chilled out but when it’s training time, nothing gets in the way. He’s a savage.”