How to sprint (well into your 90s) 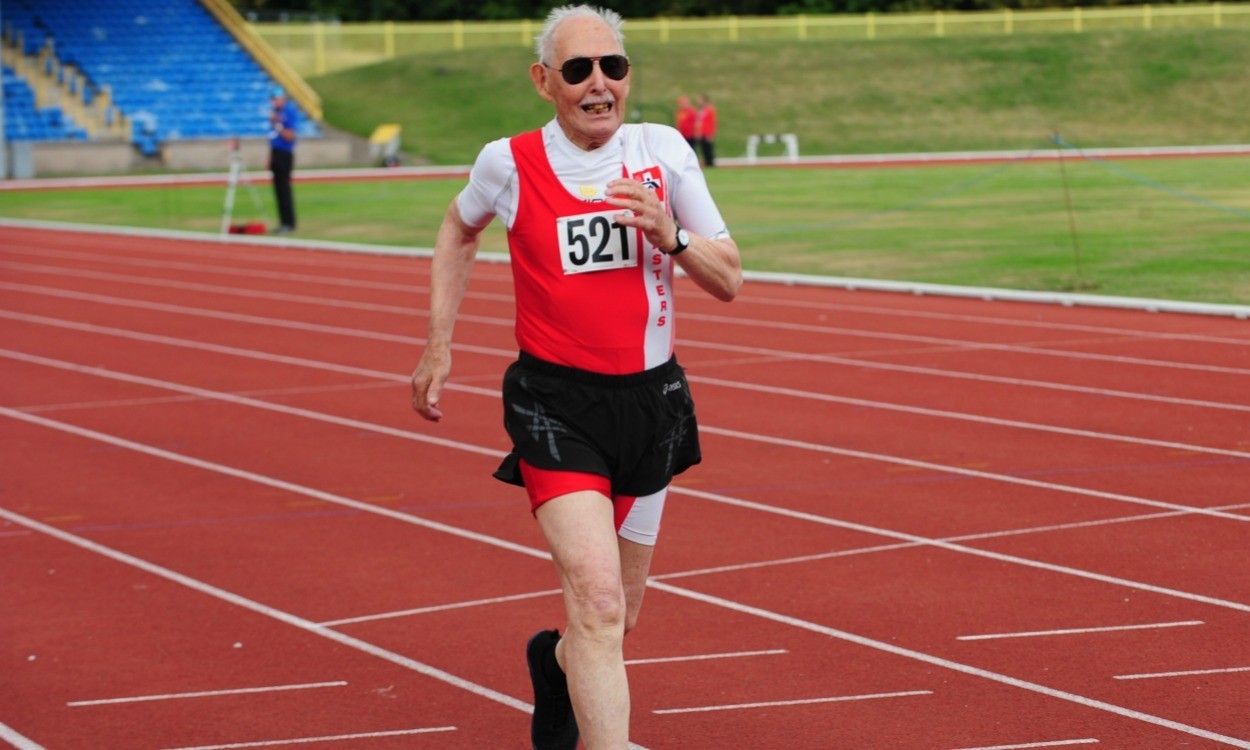 Jo Pavey, Kim Collins, Anthony Whiteman and Steve Way have amazed the athletics world this year with their age-defying performances, but when it comes to getting one over on Father Time they have some way to go before they match the achievements of Charles Eugster.

During an era where sedentary lifestyles and fast food diets mean most middle-aged people struggle to maintain a healthy weight and fitness level, Eugster is proving it is possible to get into fantastic shape at an older age.

Born in London in 1919, the former dentist lives just outside Zurich in Switzerland, but he has not always been in great health. He showed little running ability in his youth and only took up rowing and bodybuilding in later life when he sensed his fitness fading.

In Birmingham he set British records of 25.76 for 100m and 58.03 for 200m. Yet far from satisfied, he feels he can run much faster during the indoor season next year.

So what are the secrets to maintaining amazing athleticism into very old age?

» Do not retire from work

“Good health is related to lifestyle and I firmly believe retirement is not only a financial disaster but a health catastrophe!” he says.

Eugster underwent a genetic test which told him he was naturally better at power disciplines and not so good at endurance sports. Linked to this, he was advised to eat a protein-rich diet and he supplements it with the amino acid leucine and creatine.

“As we get older everyone loses muscle mass and it’s hard to replace,” he says. “By the time we reach the age of 80 we have lost roughly 50% of our muscle mass. So it is absolutely vital that we try to maintain our muscle mass by doing strength training.”

Inspired by this, Eugster took up bodybuilding aged 87 and outside athletics he does strength and fitness contests where he undertakes press-ups, pull-ups and other such exercises.

Not a fan of marathon running for older people, Eugster mentions the increasing number of studies that suggest extreme distance-running training can potentially damage the heart and he says running long distances exacerbates one of the aging athlete’s biggest problems – the loss of muscle. “I do not like the idea of over-50s doing marathons,” he adds.

» Work on your technique

“This is the biggest challenge of all – for me at any rate,” says Eugster, who believes many injuries can be avoided if athletes work to perfect their style.