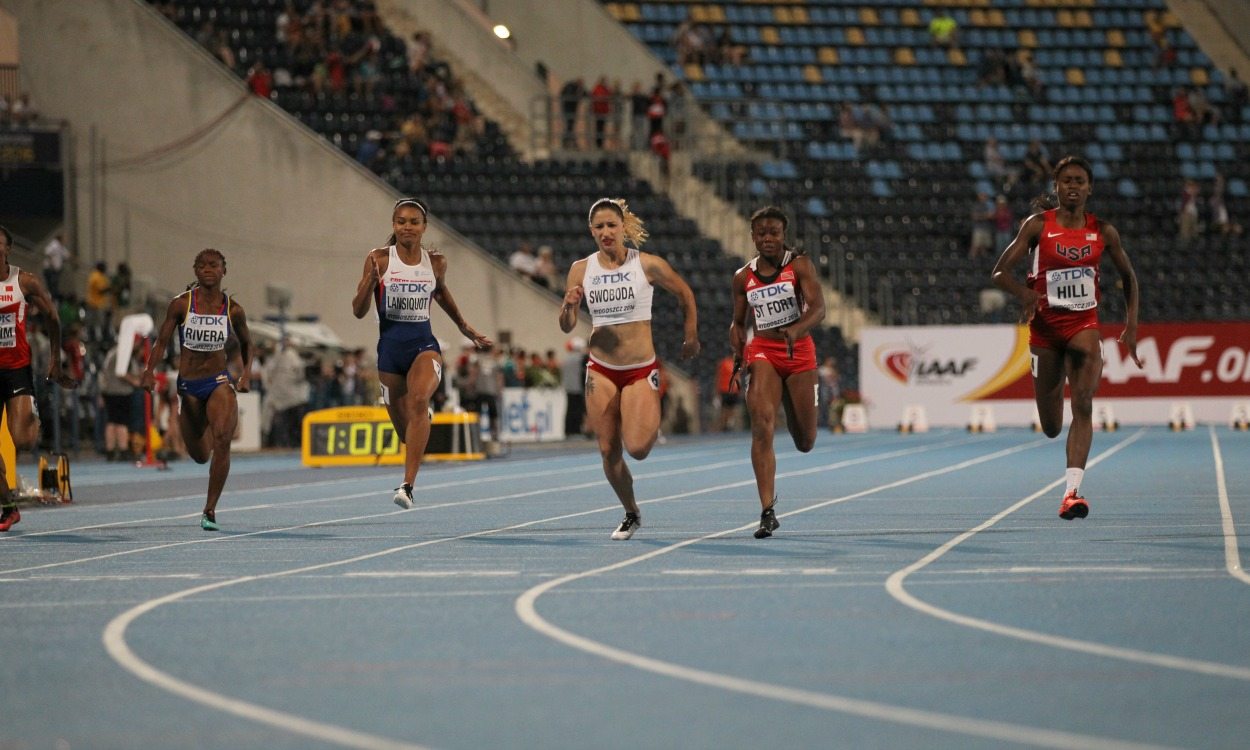 Candace Hill was among a number of athletes to add to USA’s World U20 Championships medal tally on the third day of competition in Bydgoszcz, Poland, as she got gold in the 100m.

The 17-year-old broke the championship record with her time of 11.07 (+0.9) ahead of home favourite Ewa Swoboda, who clocked a Polish under-20 record of 11.12 for silver. Trinidad and Tobago’s Khalifa St Fort claimed the bronze medal in 11.18 ahead of Britain’s Imani Lansiquot.

Lansiquot, named the GB women’s team captain for the event, clocked 11.37 in the final and the previous day had run a PB of 11.17 in her heat to move to second on the UK under-20 all-time list and joint 10th on the overall UK all-time list. Two places behind her in the final was GB team-mate Hannah Brier with 11.60 which followed an 11.39 PB in the semi-finals.

Further medals for USA were claimed in the women’s 800m and men’s 110m hurdles as Samantha Watson and Marcus Krah each led a US one-two in their respective events.

A Jamaican athlete won the women’s under-20 400m title for the first time, Tiffany James getting gold in 51.32 from USA’s Lynna Irby with 51.39 and her Jamaican team-mate Junelle Bromfield with 52.05, as Australia’s Jessica Thornton just missed out on a medal as she ran the same time as Bromfield for a PB.

Cuba’s Lazaro Martinez won the triple jump title after a leap of 17.06m, while his team-mate Cristian Napoles secured silver with 16.62m and France’s Melvin Raffin bronze with 16.37m, while Montenegro’s Kristina Rakocevic won the discus, securing victory with her third-round throw of 56.36m ahead of Australia’s Kirsty Williams with a 53.91m PB and Moldova’s Alexandra Emilianov with 53.08m.

Cuba’s Adriana Rodriguez leads the heptathlon on 3691 points after four events ahead of Austria’s Sarah Lagger who has 3510 points at the end of day one.

Britain’s Cameron Tindle progressed to the 200m final after running a 20.71 PB to finish fourth in his semi-final but he won’t be joined by team-mate Ryan Gorman who missed out after finishing third in his semi-final in 20.91. Adam Hague secured his spot in the pole vault final after a clearance of 5.20m.