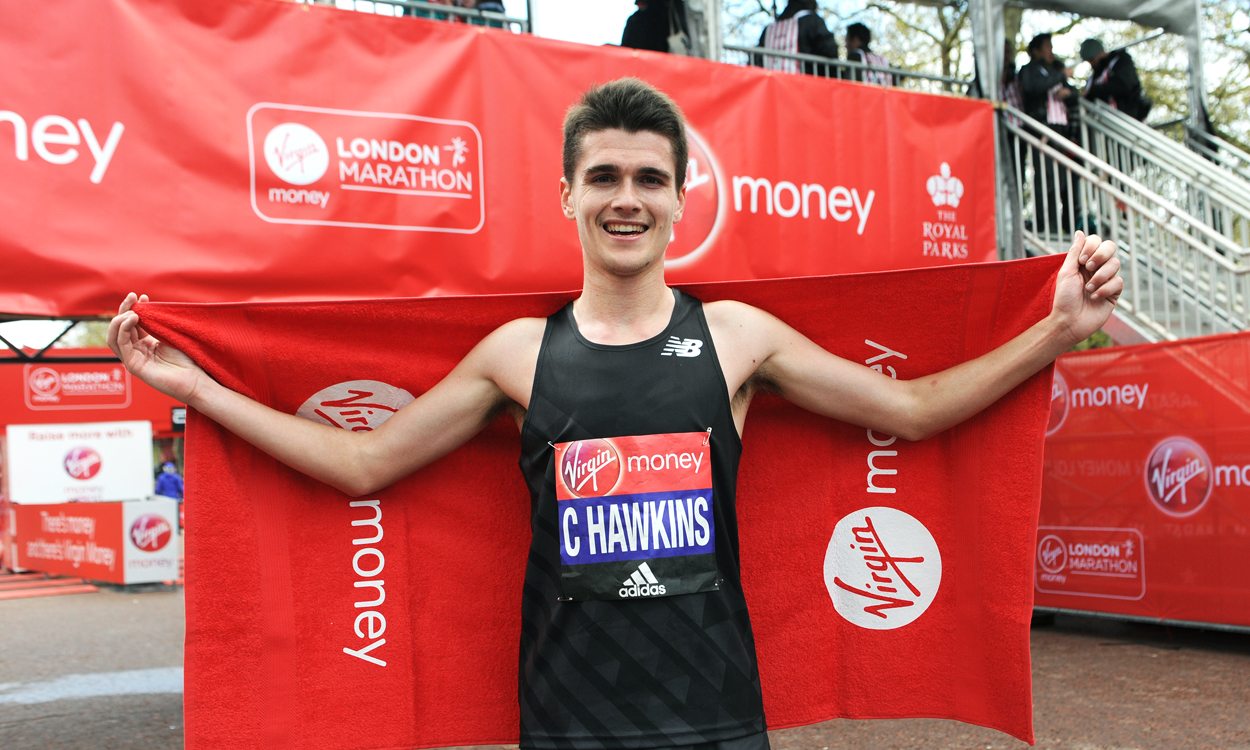 The quest to qualify for the British Olympic marathon team proved every bit as exciting as anticipated as a quartet of runners booked their spots for Rio.

In the women’s race, Alyson Dixon clocked 2:31:52 to finish top Brit home as she was followed close behind by Sonia Samuels with 2:32:00. Both runners were well outside their PBs and the Olympic qualifying time of 2:31:00, but they already had the qualifying mark going into London and sealed automatic selection with their top two spots.

Behind, Charlotte Purdue ran gamely in third to clock a fine 2:32:48 on her debut in the marathon, but the former European junior cross country champion could suffer a cruel omission from Team GB due to being outside the UK Athletics qualifying standard (but well inside the IAAF entry standard) when selectors name their choices on Tuesday.

Dixon, 37, said: “I just did everything right. At about 20 miles I passed some of my club runners from Sunderland Strollers and then I put in a good hard mile after that and I knew that, even though my legs were cramping a little bit, things were going well. I’m feeling tired but what a day!”

“Job done!” added 36-year-old Samuels. “It’s been a bit of a pressure pot in the last few weeks. We had the qualifying time but still had to do it here.”

Purdue said: “The race was great and I loved it. I wanted to get the Rio qualifying time but I missed it. I’m only 24 and the others are 8-12 years older. I love road running. I’m going to talk to my coach (Nic Bideau, about her future plans) but today was easier than any of my training sessions have ever been!”

The battle of the British men was led in the early stages by Tsegai Tewelde – an Eritrean-born member of Shettleston Harriers. He faded in the latter stages and was passed by Callum Hawkins (pictured), who stamped his authority on this ‘race within a race’ to finish eighth overall in 2:10:52.

Tewelde, however, held on for second in 2:12:23 to also seal selection for Team GB as Callum’s older brother, Derek, charged through the field into third place among the Brits with 2:12:57 – inside the Rio qualifying time.

“I feel I ran that in a tough way. It feels brilliant,” said the 23-year-old Callum. “I was really hanging in for the last two miles. Everyone went off very quickly but I felt good so I kept at that pace. I’m delighted. Rio was my main goal in this race – I didn’t care about the time so I’m delighted with my position and I ran a PB.”

Derek added: “I’m disappointed with my position but happy with the time – as I was six minutes inside the IAAF qualifying time – and delighted for Callum. It would be pretty good to compete at the Olympics beside my brother. I’m really pleased that Scotland got the British one-two-three. My brother has got a long way to go to make it to the podium at Rio but I think he’s got his eye on the Scottish record.”

Tewelde, meanwhile, was surrounded by reporters at the post-race press conference for leading Brits as he told the story, via an interpreter, of how he ended up in Scotland after growing up in Eritrea.

Tewelde claimed asylum in the UK after the 2008 World Cross Country Championships in Edinburgh in order to avoid military conscription and he settled in Scotland after spending a traumatic childhood in Africa.

“I had a bomb accident when I was eight years old,” he said, bearing one of the scars of the landmine incident across the right side of his head. “I’m feeling very, very tired after the race but I got through it. I will try my best for Rio.”

This was always going to be a day where emotions would run high. Dixon punched the air as she came down The Mall, while Samuels sobbed with job at the finish line. Hawkins looked similarly delighted and he put the icing on the cake when he passed world record-holder Dennis Kimetto in the closing stages.

But there were also bitterly disappointed athletes who saw their Olympic dreams fade. They included Chris Thompson, who struggled after an injury-hit build-up and clocked 2:15:05.

Freya Ross, a London Olympian who had been prominent in the early stages as the British women went though 10km in 2:28 pace, faded to run 2:37:52. Similarly, Susan Partridge, a training partner of Ross who had showed solid form before the race, faded and dropped out in the latter stages.

Ross was not the only London Olympian to struggle. Scott Overall dropped out after 25km, while Lee Merrien clocked 2:16:42.