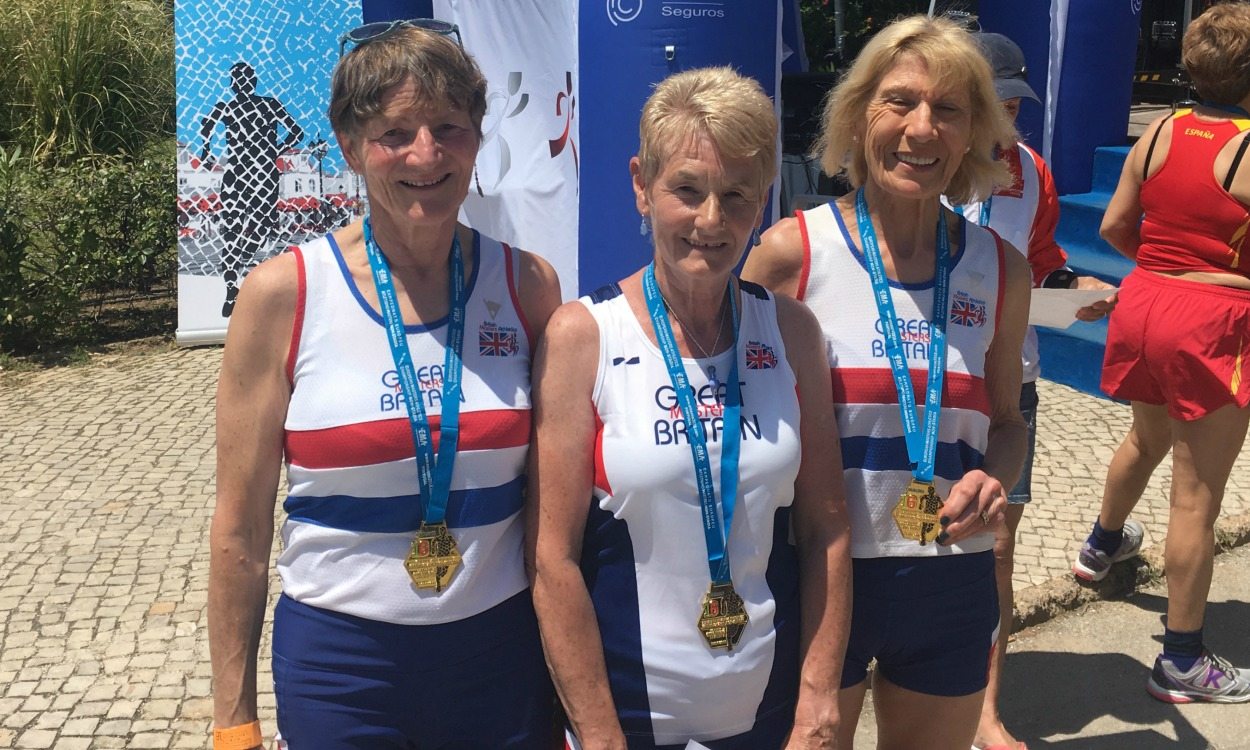 A look at some of the performances by British athletes both in the UK and overseas, including at the European Masters Road Race Championships

It was a big weekend with important action at the Great CityGames Manchester and Great Manchester Run, Highgate Harriers Night of the 10,000m PBs, Loughborough International, AA Drink FBK Games and Rabat Diamond League, plus there was plenty of other action elsewhere.

British runners claimed medals but they were hard to come by in very hot conditions in Portugal with the walkers faring better.

In the 10km run on Friday, Louise Insley won W45 gold in 39:08 though there were surprise losses for world record-holders Clare Elms and Angela Copson.

W50 Elms was over 20 seconds clear at halfway and ahead of the younger Insley but had to stop with breathing problem in the hot and windy conditions and dropped to third in her age group behind Switzerland’s Marianne Kampf. She did lead Britain’s W50s to team victory though.

W65 Copson also led at halfway but couldn’t shake off Spain’s Emi Vacquero who won in 45:12 from Copson’s 45:47 and Ros Tabor’s 45:52 as Spain easily won the team title. The W70s led by Pauline Rich won team gold though while the W60s finished second.

The British men found medals much harder and there were no individual successes though the M55 team won silver and the M70s won bronze despite Martin Ford suffering badly in the heat and having to walk in.

In the following day’s cross-country relays, the M55 team won gold and there were further victories featuring Elms’ W50 squad, and Copson and Tabor in the W65s. The latter two combined with Janette Stevenson to give Britain three past or present world record-holders and they won by over five minutes.

M35 Jorge Valera of Portugal was the overall winner of both 10km and half-marathon in times of 30:53 and 67:26, with Belgium’s Diaz Alexander second in both races after forcing the pace much of the way.

On the final day for the half-marathon, there were no individual titles but both Elms and Tabor won their fourth and fifth medals of the weekend. Elms ran a controlled race to finish second in while Tabor (1:42:23) finished third and they both picked up further team medals – Elms in the W35 team and Tabor in the W60s.

Britain’s most famous name competing was former European and Commonwealth marathon champion Ian Thompson. The 2:09 marathoner, who is now in the M65 category, has had recent injury and wasn’t at full fitness and finished in times of 49:18 and 1:49:21

His wife Margaret, a former UK marathon record-holder herself, won medals in the W60 category in the relays and 10km team events.

There were wins in the walks for Francisco Reis and Ian Richards.

David Hewitson’s photographs will appear in this week’s AW magazine.

Self Transcendence 10km, Battersea, May 21

Jeremy Hemming’s photographs will appear in this week’s issue.