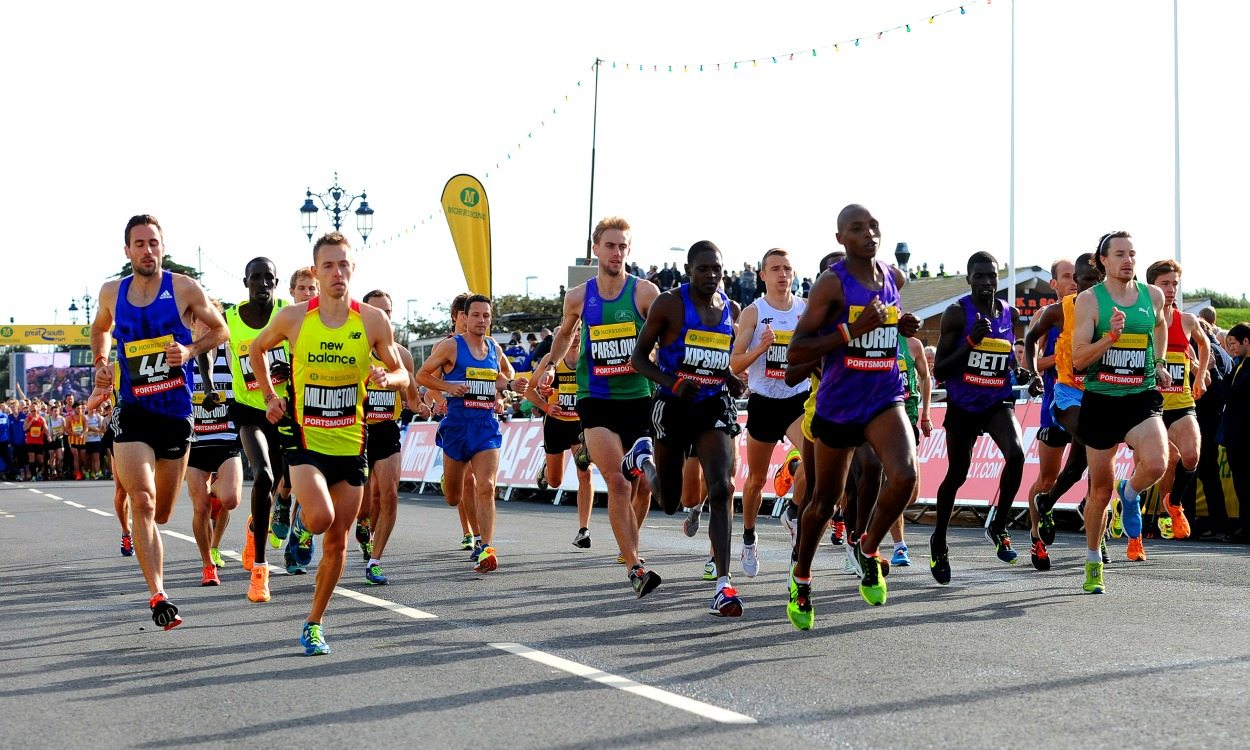 Andy Vernon, Ross Millington and Chris Thompson will race over 10 miles on October 23

A British trio of Andy Vernon, Ross Millington and Chris Thompson will be among those battling it out over 10 miles on the streets of Portsmouth at the Great South Run on October 23.

Vernon and Millington were part of Team GB in Rio, competing over 10,000m, and they will race again but this time on the roads along with a resurgent Thompson as each athlete aims to become the first British male winner since Mo Farah in 2009.

After a frustrating outing at the Great North Run, Thompson returned to form at the Bank of Scotland Great Scottish Run half-marathon where he finished fourth in a time of 61:48.

The 35-year-old, who competed at the 2012 Olympics, will be racing his fifth Great South Run and says he is yet to perfect the art of running 10 miles.

“I’ve ran far quicker in a ten-mile split in a half-marathon than I have ran on that course, and it’s not because I’m not in good shape, it’s because I haven’t got it right,” said Thompson, who is also set to defend his title in the Great Birmingham Run this weekend.

“I think that for me is going to be a bit of a challenge in itself, it’s me against the course. I haven’t had a race where the last two miles hasn’t been a tripping over myself experience. Not because of the wind, I’ve ran that without wind in the last two miles, and just misjudged it.

“There’s a bit of a demon there for me to overcome. It’s an awkward distance. For some reason there’s always a distance that athletes like, and that athletes don’t like. That ten miles for me is a tough event and I am primarily looking at how to conquer that.”

Ethiopia’s Tirunesh Dibaba is among those set to race the women’s event as she returns to the roads of the UK after her third-place finish in the Great North Run half-marathon. Dibaba also won the Great Manchester Run in May on her return to racing following the birth of her first child.

The world’s leading 10-mile run starts and finishes in Southsea and gives participants a unique opportunity to run through Portsmouth’s Historic Dockyard, passing iconic landmarks such as HMS Victory, HMS Warrior and the Mary Rose Museum.

The flat course has been graced by world-class athletes such as Liz McColgan, Paula Radcliffe and Sonia O’Sullivan in the past.

The event has grown into a festival of sport in Portsmouth and Southsea, with around 30,000 people taking part in four events across two days, including the Junior & Mini Great South Run and the Great South Run 5k.