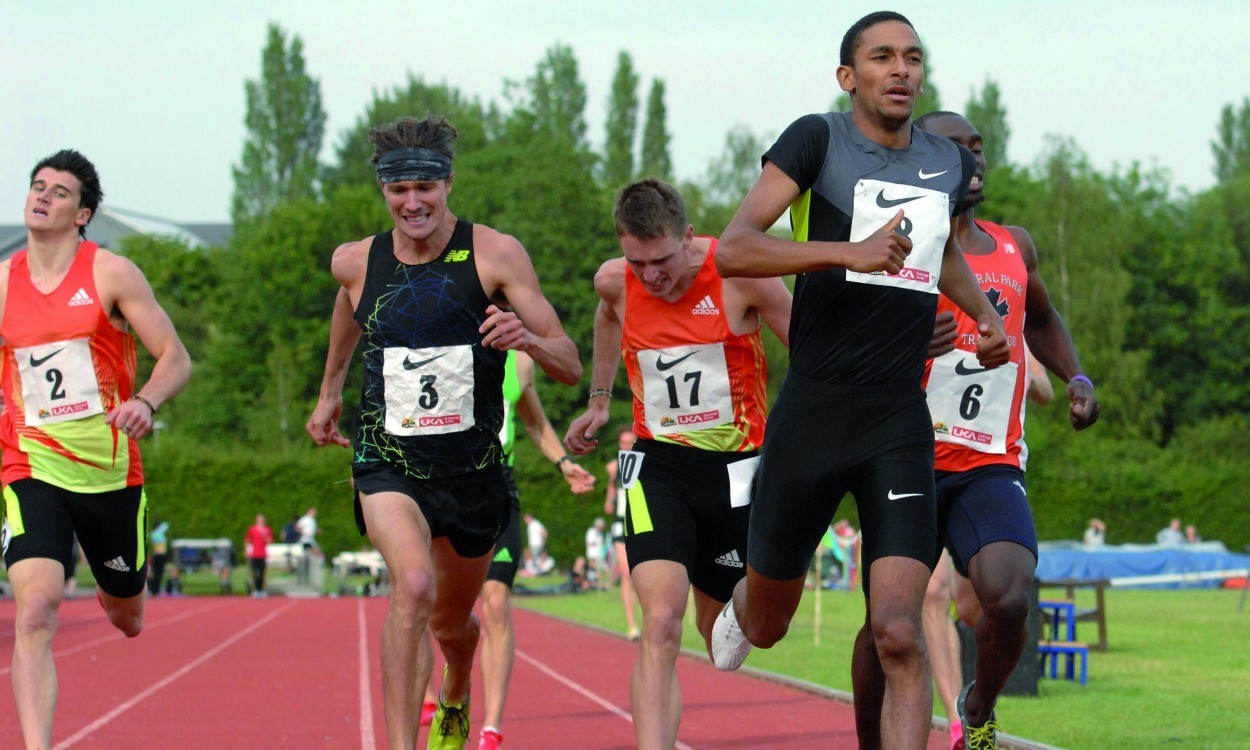 British athletes Michael Rimmer and Guy Learmonth have voiced their disappointment at being denied the chance to compete at the IAAF World Indoor Championships in Portland despite having received invites from the International Association of Athletics Federations.

The pair had been hoping to contest the 800m at the event in Oregon, held from March 17-20. Only a win at the Indoor British Championships by athletes possessing the necessary qualifying standard secured automatic selection for the event, while selectors could use discretion to choose up to two athletes who the selection panel believe have realistic potential to make the top eight in Portland, the top eight at the 2017 IAAF World Championships or are “on the pathway” to individual medal success at the 2020 Olympic Games.

Neither Rimmer or Learmonth (pictured above, 8 and 2 respectively) achieved the Portland qualifying times of 1:46.50 indoors or 1:44.00 outdoors, while Rimmer was disqualified from the event at the Indoor British Championships and Learmonth placed third in the final.

But like their fellow British athlete Jazmin Sawyers, the two runners received invites from the sport’s world governing body to compete. While Sawyers’ spot was accepted, those for Rimmer and Learmonth were not.

“Just found out the IAAF sent an invite for me to compete in Portland 2016 but it was turned down,” Rimmer wrote in a statement posted on social media website Twitter.

“Disappointment is a massive understatement.

“I don’t believe that British Athletics should have the right to decide on my behalf whether I can run or not. If the world governing body believe I’m good enough then that decision should be mine alone.”

He added: “Representing your country is the greatest honour for any athlete and the only reason I continue to compete in athletics. Monetary gains are slim to none, so competing in a major championships is the only reason I get out of bed and train every day.

“Having that taken away from me by my own federation is more than discouraging.

“I’ll continue to work towards a third Olympic Games and my own road to Rio!”

Learmonth wrote: “Big thanks @iaaforg for inviting me to the World Indoors. Shame my federation made the decision for me not to go.”

A British Athletics comment sent to AW reads: “Invites were not originally intended for track events and no invites will be extended for other track events. As such the 800m invites were reviewed as an exceptional circumstance within the general framework and intention of the selection policy.

“As a result, the selectors declined the invites on the basis that the athletes had not achieved the relevant qualification standard, and others who may have been significantly closer to qualifying in other track events will not be afforded the same opportunity.”