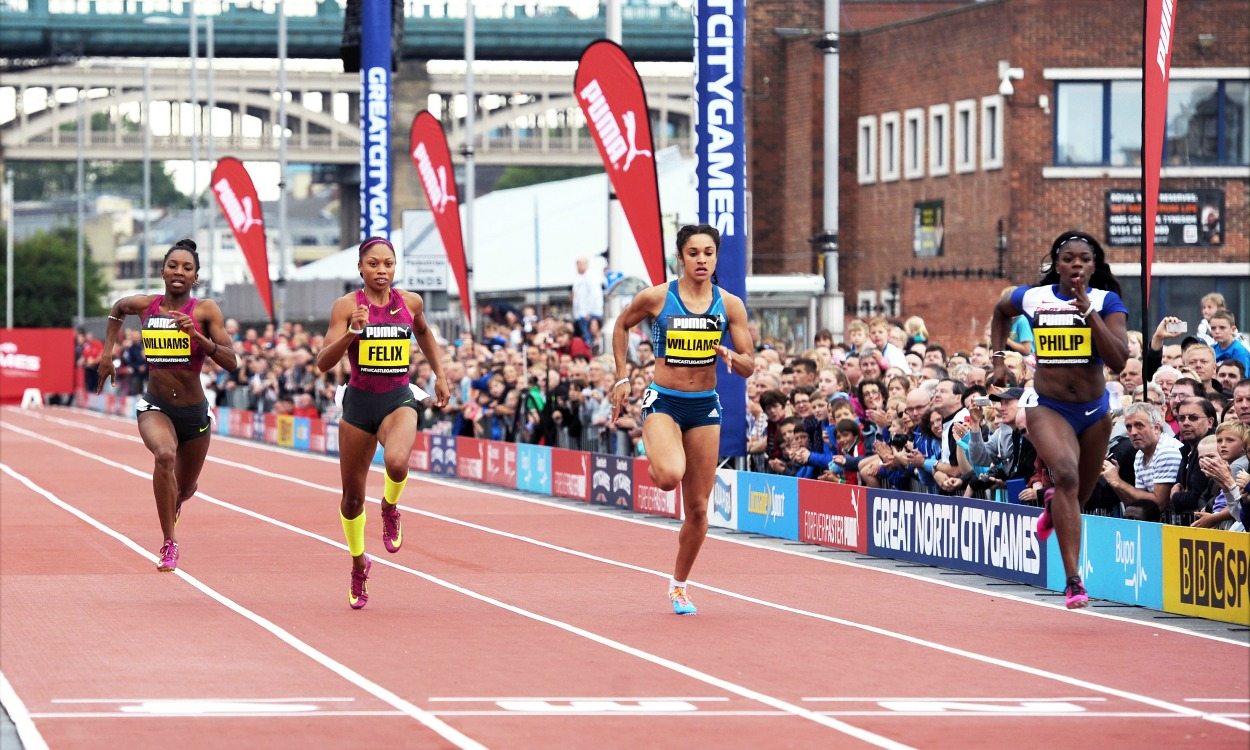 Some of the top names in British sprinting will take on global athletics talent in the Great North CityGames next Saturday (September 10).

Spectators will have the unique opportunity to watch top-class athletics for free on a specially constructed track along the banks of the River Tyne in Newcastle and Gateshead – with this year’s event doubling up as a celebration of Great Britain’s success in the Olympic Games in Rio de Janeiro.

In the 100m, James Dasaolu, CJ Ujah and Richard Kilty will battle it out for British bragging rights, while Samoa’s Jeremy Dodson will fly the flag for his country and make his Great North CityGames debut.

Ujah and Dasaolu were both in 100m action in the same event last year, while Kilty tested himself in the 150m discipline, finishing second. Competition will be fierce for the British trio in the event which will be televised live on BBC One.

Ujah, the youngest British sprinter to have broken the ten-second barrier, said:  “I’m looking forward to the one and only race back home after Rio.

“Knowing Richard and James like I do, they’ll be excited about it too. In the relays we’re a team but individually we want to win, and that’s going to push us all on the day.”

In the 150m, Harry Aikines-Aryeetey will return to the track alongside Britons Danny Talbot and Ojie Edoburun. America’s Wallace Spearmon, 2007 4x100m relay world champion, will provide the competition.

Aikines-Aryeetey is no stranger to CityGames events having competed at Newcastle and Gateshead’s sister event in Manchester already in 2016, and said: “You don’t get the crowd so close in any other event and it really does add an extra dimension.

“It should be another great day of athletics and I’m looking forward to being part of it.”

Philip said: “I was incredibly proud to be part of the team that won bronze in Rio, and it’ll be great to share this with everyone in Newcastle and Gateshead for the Great North CityGames. There is always a special atmosphere at these events and with Team GB doing so well in Rio it’s going to be a bit of a celebration.”

Philip ran the first leg of the relay in Rio, handing the baton to Desiree Henry who will also be in CityGames action in the 150m.

She will form an all-British line-up with Margaret Adeoye and Jodie Williams, 200m semi-finalist in Rio.