Britain’s masters off to strong start in Izmir 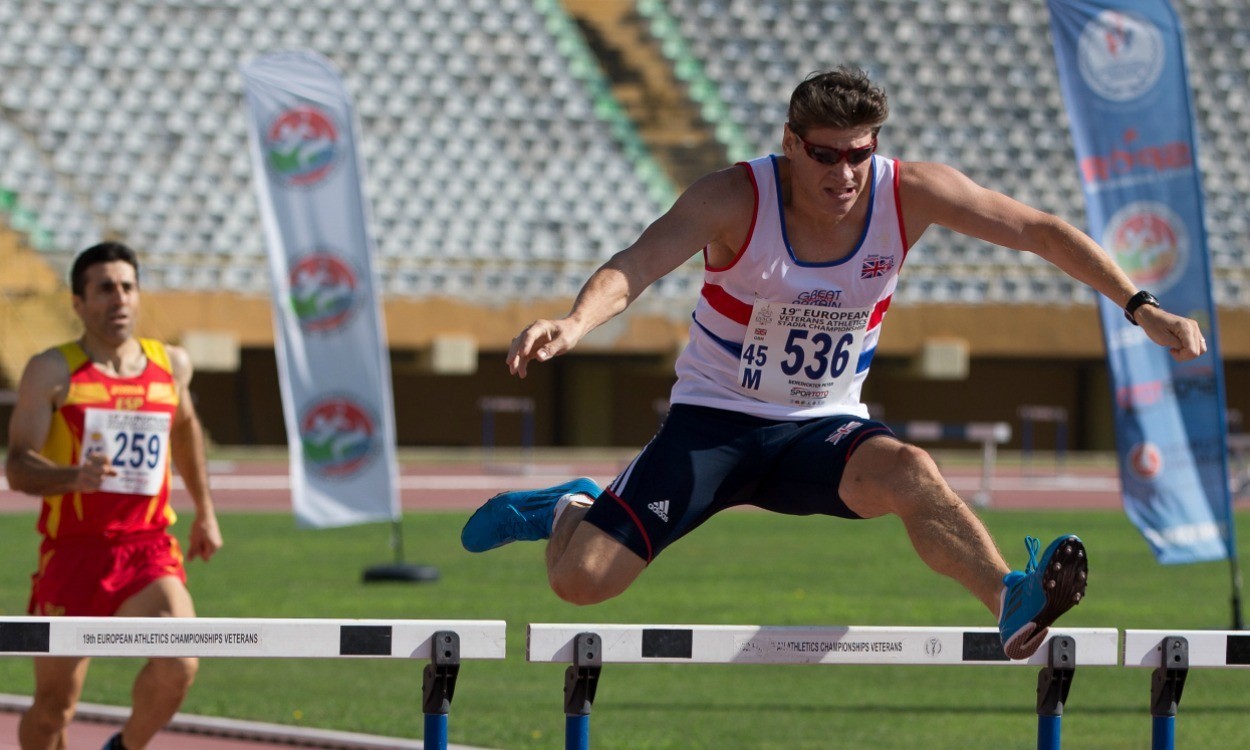 Steve Peters, Peter Benedickter and Angela Copson were among the early winners at the European Veterans’ Championships in Izmir, Turkey, as they enjoyed victories with respective opening titles over 100m, 400m hurdles and 10,000m.

In weather where the temperatures headed towards the 40C mark, caution was the order of the day in the distance races and heat exhaustion also affected the multi-eventers.

The men’s sprint finals on Sunday evening saw a clutch of medals for the British squad as the titles spread upwards through the age groups before first John Wright in the M55 group and then Peters (M60) took gold.

The women’s 100m finals saw a British clean sweep in the W55 age group as Averil McClelland led Carole Filer and Joan Trimble to claim all of the medals with a well-clear 13.93.

In the low hurdles races, Jane Horder led Filer to a British one-two, her 49.58 only narrowly outside her 2012 world record. Benedickter ran 58.77 to win the keenly contested M45 400m hurdles, but Sarah Burke was one of only two W40 400m hurdlers and came out on top to take GB gold.

Copson collected her second gold in the W65 1500m in 5:44.40. Just as in the British Masters Championships, she was closely followed home by Ros Tabor.

Brits Bob Broadbridge and John Morland battled it out in a close competition in the M55 discus as 44.66m in the fourth round was enough for Broadbridge to pip his rival for gold. John Nicholls had a final-round 14.27m to win the M45 shot, while Belgium’s Rachel Hanssens set a W85 world record with 26.80m in the 2kg hammer.

In the walks, sparse British participation in the younger age groups was well made up for by Ian Richards’ M65 5000m win by more than three minutes over fellow Brits Roger Michell and Peter Boszko.

After a slow start, these were among the medals which saw Great Britain climb up above Finland in the medal table but well behind the dominant Germans, who had twice as many in total, after four days of competition.

» This is just a brief round-up – see the August 28 edition of AW for more in-depth coverage of the first four days of European Veterans’ Championships action including a report, pictures, results and medal table