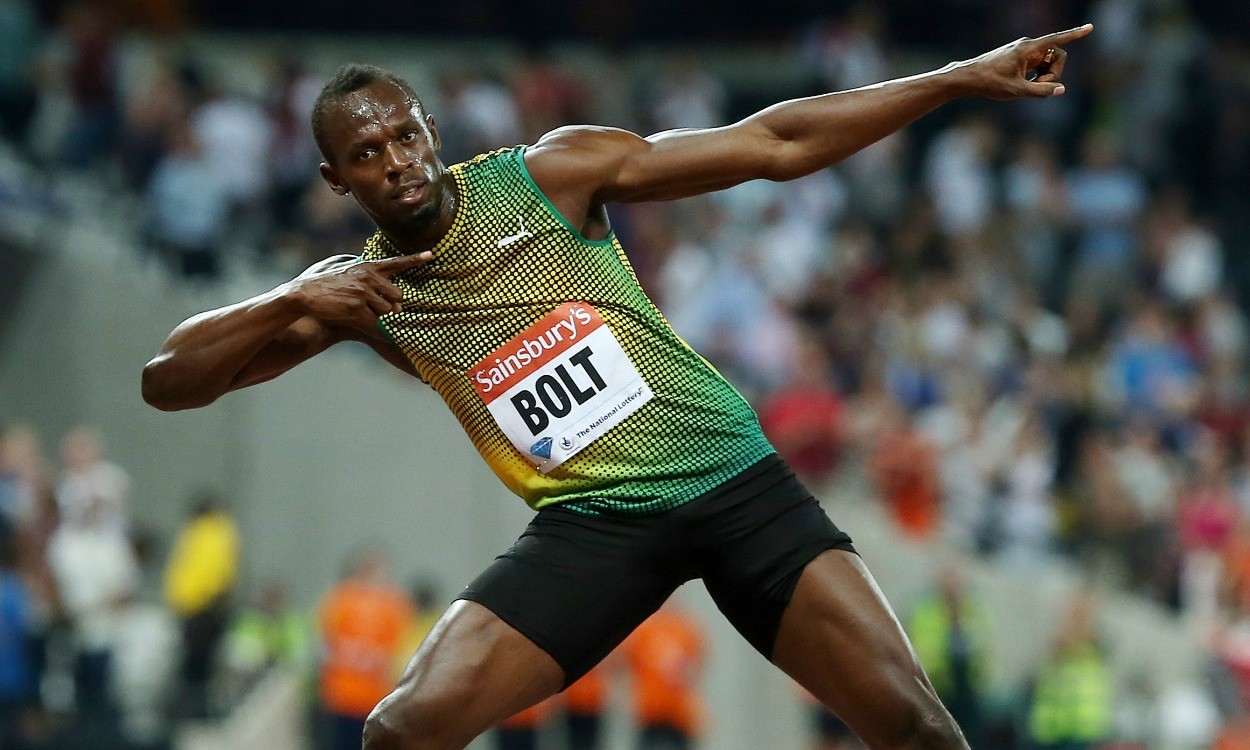 Adam Gemili, Zharnel Hughes and Nethaneel Mitchell-Blake are set to line up alongside the Jamaican sprint star at the Diamond League meeting

Usain Bolt is to run the 200m at the London Anniversary Games on July 22, with Britain’s European champion Adam Gemili, world fifth-placer Zharnel Hughes and Nethaneel Mitchell-Blake, who is the second fastest Briton of all time with his 19.95 PB, also set to compete.

The trio are the second, third and fourth-fastest British 200m runners ever and Hughes, who has a PB of 20.02, said: “This year’s London Anniversary Games will be fantastic. With Rio just on the horizon it is effectively the Olympics across two days and the 200m battle on Friday night will be one of the real highlights.

“I am really looking forward to the Friday night and getting the chance to take on Bolt in London. It will be a great race and a chance for us to show our strengths ahead of Rio.”

Jamaican sprint star Bolt, who has won six Olympic gold medals, has twice competed in the 100m under the floodlights on the Friday night of the London Anniversary Games, winning in both 2013 and 2015 with times of 9.85 and 9.87.

The 29-year-old also holds the meeting record for 200m after running 19.76 at Crystal Palace in 2008 and is looking forward to testing himself over the distance ahead of the Olympic Games in Rio de Janeiro.

“The London Anniversary Games will be one of my last races before Rio and running in the 200m will hopefully set me up for a successful Olympic Games,” said Bolt.

“Great Britain has some very good young sprinters and I’m looking forward to running against them and returning to the Olympic Stadium. I always get great support in the UK and I expect the stadium to be packed for a great Friday night of athletics.”

Gemili, who has a best 200m time of 19.98, said: “The London Anniversary Games is always an amazing event. I can’t wait to run in the Olympic Stadium again as the atmosphere in front of a home crowd is always special.

“The British fans are the best in the world and with this being the last event before the Olympics, I’m sure they will get behind us like always and inspire us to produce some great performances.”

Staged at the former Olympic Stadium in Stratford on July 22-23, the London Anniversary Games will provide the final races for many of the world’s best athletes before they head to Rio for the Olympic and Paralympic Games.