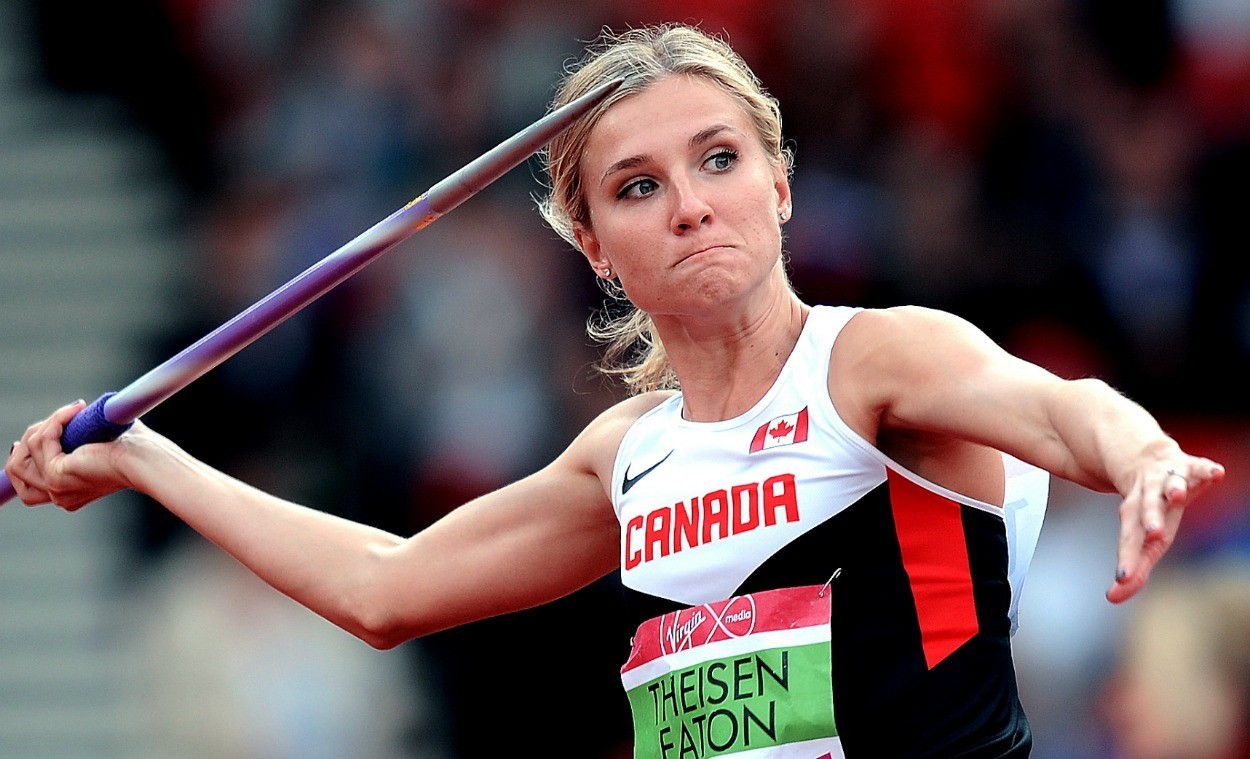 Commonwealth champion Brianne Theisen-Eaton sent a message to Jessica Ennis-Hill that she’s coming after the Briton’s Olympic title after winning the big Hypo Meeting in Gotzis.

With a score of 6765, Theisen-Eaton comfortably beat a field that included Katarina Johnson-Thompson, the European indoor pentathlon champion, who finished sixth with 6304 after an up-and-down two days in Austria.

In comparison Johnson-Thompson started solidly with a 13.37 sprint hurdles and 1.92m high jump but then had a poor shot put before getting back on track with a 22.79 200m at the end of day one. You can read more on the first day of action here.

At last year’s IAAF World Championships in Beijing, Johnson-Thompson bombed out after failing her long jump attempts and in Gotzis she looked shaky after failing to improve on a modest opening round leap of 6.17m at the start of the second day. Her best is 6.92m.

Then followed a 36.66m javelin for the Briton – well below her best and far behind Theisen-Eaton’s throw in the competition.

“This is why people do a heptathlon before the big one,” Johnson-Thompson told reporters after finishing almost 400 points short of her heptathlon PB. “You need to put one together to see exactly what you need to work on and I know I’ve got another two metres in my shot put, another height in my high jump, definitely another 70cm in the long jump and my javelin I need to work on as well.”

Ennis-Hill was not in Gotzis but had opened her season the weekend previously by throwing the javelin in Loughborough.

Britain’s No.3 heptathlete, Morgan Lake, withdrew after a disappointing first day in Gotzis and the 19-year-old will have to search elsewhere for a qualifying mark for the Olympics.

Runner-up behind Theisen-Eaton was Laura Ikauniece-Admidina with a Latvian record of 6622, while Carolin Shafer of Germany was third with 6557.

In the decathlon in Gotzis, Warner, who also won here three years ago, finished on 8523 points to beat Kevin Mayer of France by 77 points. Last year’s winner Kai Kazmirek of Germany placed third.

British decathlete Ashley Bryant, however, frustratingly missed the Olympic qualifier by 44 points after his poles for the pole vault went missing during his flight. He scored 8056 in ninth place but was 30cm below his pole vault best in a competition that was also interrupted by heavy rain.