Brianna Rollins is back 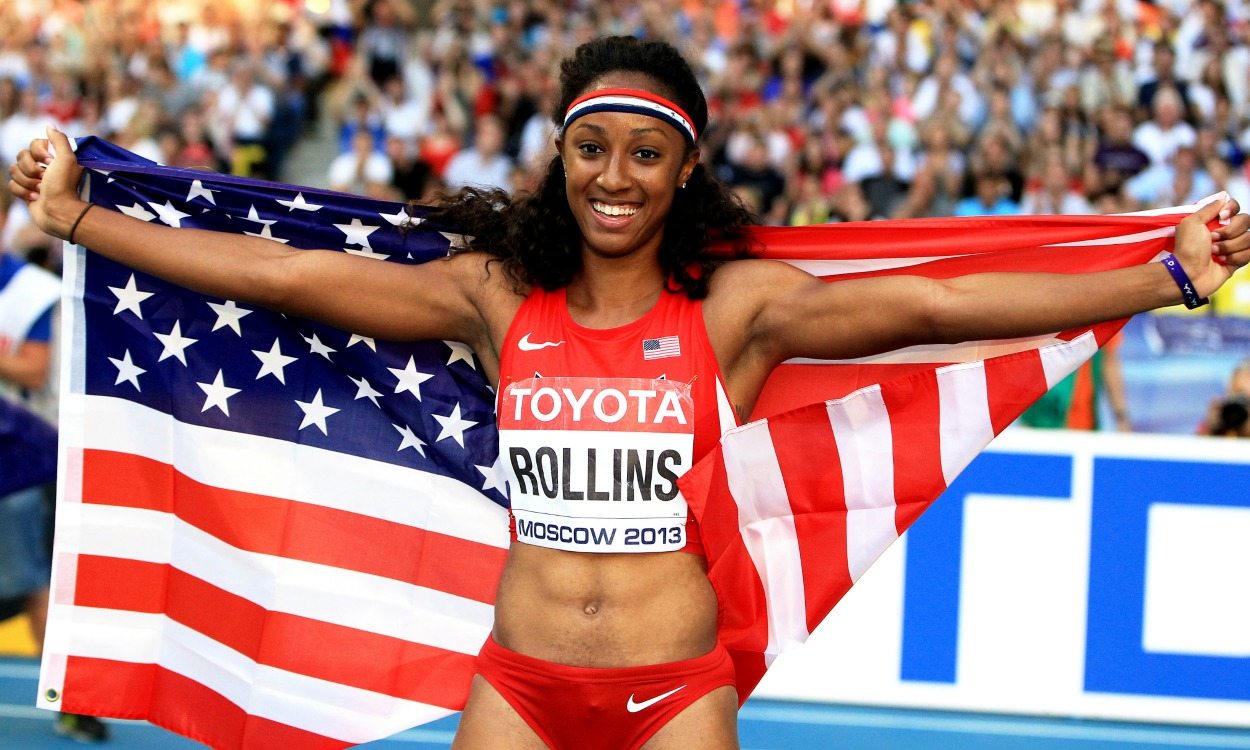 In June 2013, Brianna Rollins broke the US record for the 100m hurdles when she ran 12.26 at Des Moines – a time which places her fourth on the world all-time list. She followed up her record-breaking run with a win in the 2013 IAAF World Championships in Moscow. Now, after two quieter years in which she struggled to reach the high standards she had set in 2013, she looks to be back!

Rollins told me that when she ran the 12.26 in 2013 she was “very surprised, but at the same time I always knew that I had a great time within me. It just took hard work and dedication to get there.”

This year she took silver in the IAAF World Indoor Championships in Portland in March and then ran 12.65 in April, again at Des Moines. In May she ran a wind-assisted 12.52 before coming second in the Eugene Diamond League against a stellar field in 12.53, when Kendra Harrison broke Rollins’ US record with 12.24 for a time that makes her the second-fastest sprint hurdler in history.

After securing silver in Portland, Rollins made a typical low-key comment. “I just take it all in and continue to stay focused and just try to execute the best race that I could have today,” she said.

“I always knew that I had a great time within me. It just took hard work and dedication to get there”

Interestingly, when I spoke with her in Moscow before she won the world title, her thoughts were almost identical, as she stressed: “Working hard and continuing to be focused and keeping my mind in the right place.”

Rollins started running when in high school. “I was always told that I was very fast and very athletic so I tried out for the high school track team and from then on I started running,” she said. “I wanted to do hurdles because I thought it was fun and interesting and not a boring event.

“Running over obstacles for 100 metres is an intriguing race and it caught my eye.”

With so many fast US hurdlers, finishing in the top three to make the team for a major championship is a major challenge in itself. Again her approach to the trials is to stay focused.

“My goal is to make the US team,” she said. Recalling her experience of previous trials, she explained: “I just went out there and ran my own race. I did not say, ‘I want to break the American record’. I didn’t say ‘I want to win the US championship’. I just said, ‘Come out, do the job you can do and make the team’. Everything worked out because I stayed focused, stayed determined and continued to stay positive.”

With her talent, speed, positive attitude and determination, 2016 could be another good year for Rollins.