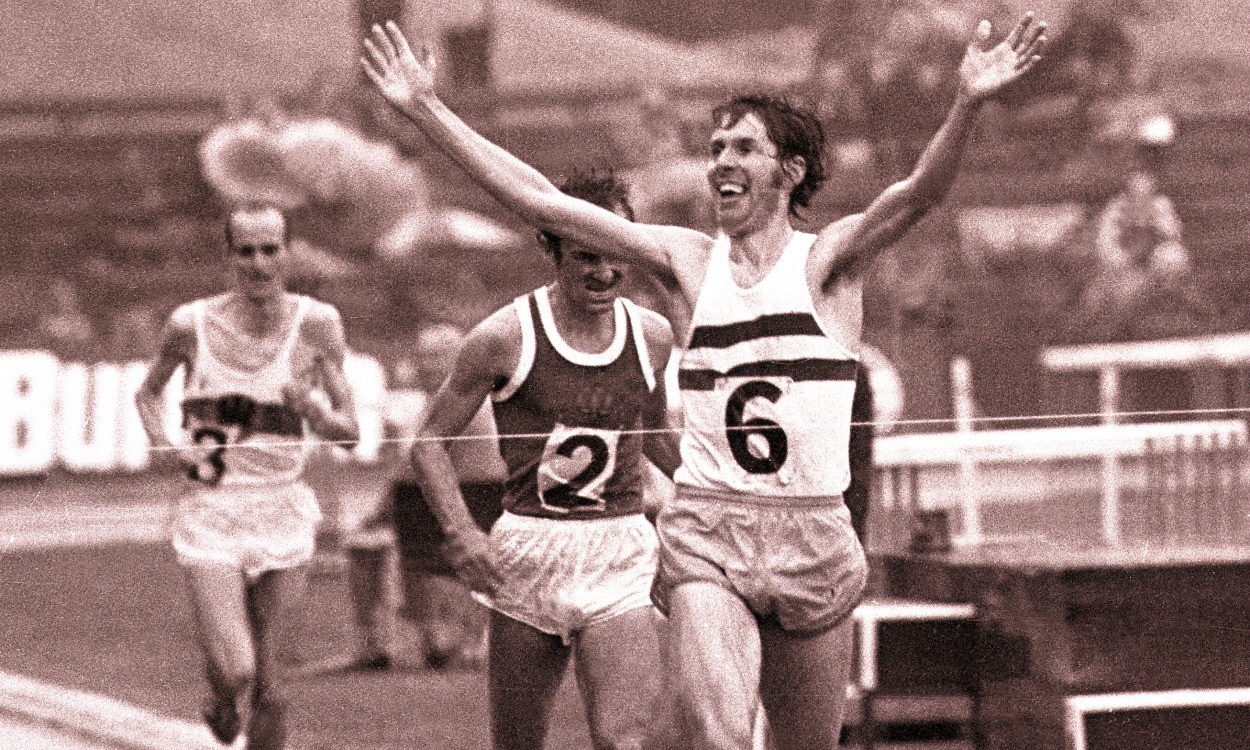 Ahead of a momentous edition of the Bupa Great North Run, Mel Watman profiles the on and off-track career of the race’s founder

As an athlete Brendan Foster was a record-breaker, Olympic medallist and European and Commonwealth champion – a lion-hearted competitor who was immensely popular with the public.

While still an active athlete he began organising major athletics meetings and he has gone on to become an innovative businessman and entrepreneur as well as being a long-serving BBC television commentator.

And yet for all of his success in those fields, it’s the Great North Run which has been his proudest achievement, his crowning glory, and on September 7 an extraordinary landmark will be reached when the millionth runner will complete the 13.1-mile journey from Newcastle to South Shields.

Brendan’s own remarkable journey began in the year of the Wembley Olympics. He was born on January 12 1948, in the former coalmining and shipbuilding town of Hebburn. He joined Gateshead Harriers aged 15, gradually moving up in distance on the track.

The 1970 Commonwealth Games in Edinburgh served as Foster’s international baptism and he started as he intended to carry on: the bigger the occasion, the better he would run. Although ranked only ninth on paper, he finished up with the bronze medal and a personal best of 3:40.6.

In 1971 he broke four minutes for the mile for the first time with 3:58.5 and at the European Championships in Helsinki he finished third in the 1500m in 3:39.2. The following week in Edinburgh, the other cornerstone of Brendan’s career – record-breaking – was laid. While Belgium’s Emiel Puttemans was busy setting a world two miles record of 8:17.8, Foster was getting the better of Ian Stewart in a tremendous tussle for second place some 50 metres behind. His time of 8:24.8 was his first British record.

Later he would also join the esteemed ranks of world record-breakers including over two miles and the 3000m.

Foster had proved he could run against the clock, but at the European Championships in Rome he also displayed his uncompromising competitive qualities. In 1975 he ran his first 10,000m race which he won in 27:45.4 – the fastest in the world that year and the quickest ever debut at the distance. Foster fulfilled one of his greatest ambitions in 1977 by winning the English National nine miles cross-country title.

He went on to lift the Commonwealth title with 28:13.7 in hot weather in Edmonton, Canada, plus win a bronze in the 5000m.

Foster brought his career to an end in 1980, having early in the year he run his first and only marathon, clocking a respectable 2:15:49 in New Zealand.

Having worked his way to vice-president of marketing (worldwide) at Nike International Ltd, he later set up his own company, Nova International, a sports marketing agency specialising in the organisation of mass-participation sporting events for television, of which he is chairman and managing director.

The Great North Run was staged for the first time in 1981 and has steadily grown over the years so that in 2013 a record 56,000 entrants were accepted from more than 122,000 applicants. Among the legendary runners who have competed in the race are Haile Gebrselassie, Kenenisa Bekele, Mo Farah, Paula Radcliffe and Tirunesh Dibaba.

Despite his numerous achievements, it it is the success of his brainchild, the Great North Run, which gives him the most satisfaction. It has become part of the nation’s fabric and on September 7 one previously anonymous runner will be feted as he or she crosses the line in South Shields to become the race’s one millionth finisher – beating the New York and London Marathons to that distinction.