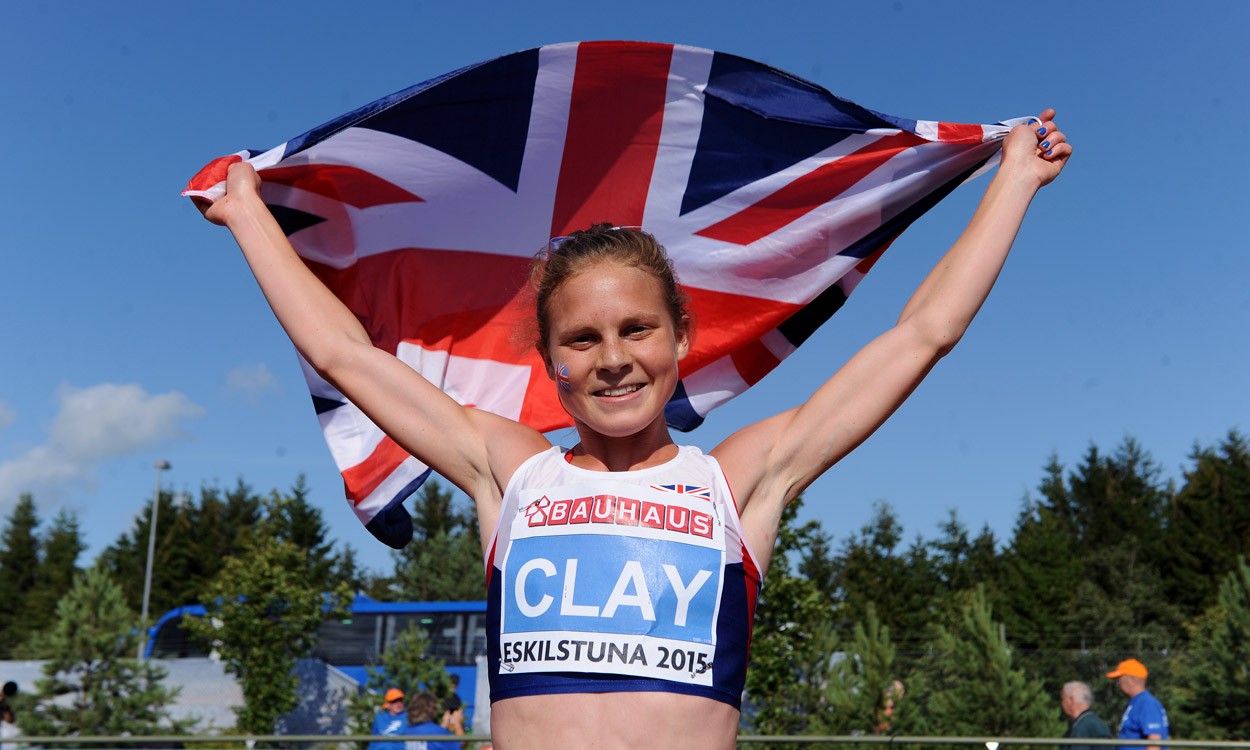 European junior champions Bobby Clay, Adam Hague and Josh Kerr are among 16 athletes named in the first wave of Great Britain selections for the IAAF World Junior Championships in Bydgoszcz, Poland, from July 19-24.

Clay will go to Poland with a view to improve on her eighth place in the 1500m at the World Juniors two years ago, while in the pole vault, Hague is currently ranked fourth in the world and first in Europe. Kerr ran a personal best of 3:41.08 in the 1500m at the NCAA DI Championships in Eugene last week and so is also in good form ahead of the championships.

Rechmial Miller will look to build on his 100m bronze medal at last year’s World Youths after securing his place by winning the trials held at the England Athletics U23/U20 Championships last weekend. George Evans, also a bronze medallist at the World Youth Championships last year, had a successful weekend in Bedford following up his shot put victory on Saturday by winning the discus on Sunday with a throw of 58.43m. He will make his first World Juniors appearance in Poland next month.

Jo Summers, team leader for the British team, said: “We had two exciting days in Bedford with some impressive performances. The team is looking good for Poland and there is still time for a few more athletes to step up and secure selection.”

Meanwhile, a 24-strong team has also been confirmed for the Mannheim Bauhaus Juniorengala this weekend.

Miller and Hague are among the athletes also in the British team for the event in Germany, which provides preparation ahead of the World Junior Championships and offers an opportunity to earn the qualifying standard before the second wave of selections.

British team for the World Junior Championships (first wave, second wave to be released on July 5)