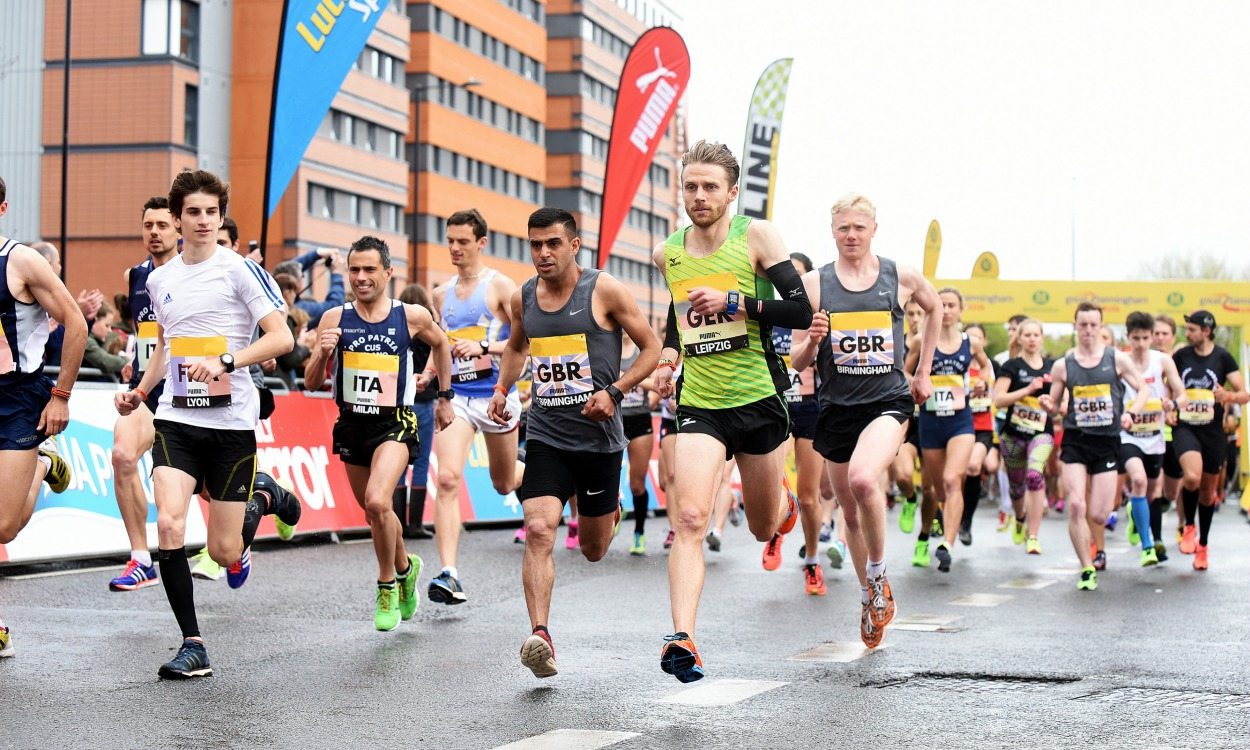 Teams from Birmingham, Frankfurt, Leipzig, Lyon and Milan will compete to be crowned Europe’s best team at the Great Birmingham 10K

Pan-European competition will once again return to the streets of Birmingham as the second Birmingham European Capital of Running Team 10K Cup takes place as part of the Great Birmingham 10K on May 1.

Teams from Birmingham, Frankfurt, Leipzig and Lyon will do battle against last year’s winners Milan to be crowned Europe’s best team.

Each team consists of three male and three female club runners, specially selected by their home countries, and will be recognisable by the national colours featured on their running numbers.

The event holds special significance for Birmingham and Frankfurt as it marks the 50th year of twinning between the English and German cities.

The results are based on the first men and first women from each team and an average team result for the remaining four runners from each team, with Milan coming out on top ahead of Birmingham, Leipzig, Lyon and Frankfurt respectively last year.

A spokesman for the Milanese team said: “We loved our visit to Birmingham and were proud to win the cup for Milano and Italy.

“The atmosphere on the streets of the city was amazing. Now we will have to work hard to retain the trophy!”

Birmingham City Council’s assistant director for sport and events, Steve Hollingworth, said: “We are delighted that once again this year our twinned cities across Europe are able to send over both a ladies and men’s team to compete for the Birmingham European Capital of Running Team 10K Cup.

“We are particularly pleased that Frankfurt will be sending a team in our 50th year of twinning between our two cities.

“This international element to the event creates an added attraction to what I am sure will be a very popular event in its own right for many thousands of entrants and their supporters along the route.”

The Birmingham European Capital of Running Team 10K Cup forms part of the Great Birmingham 10K in its second staging in the city.