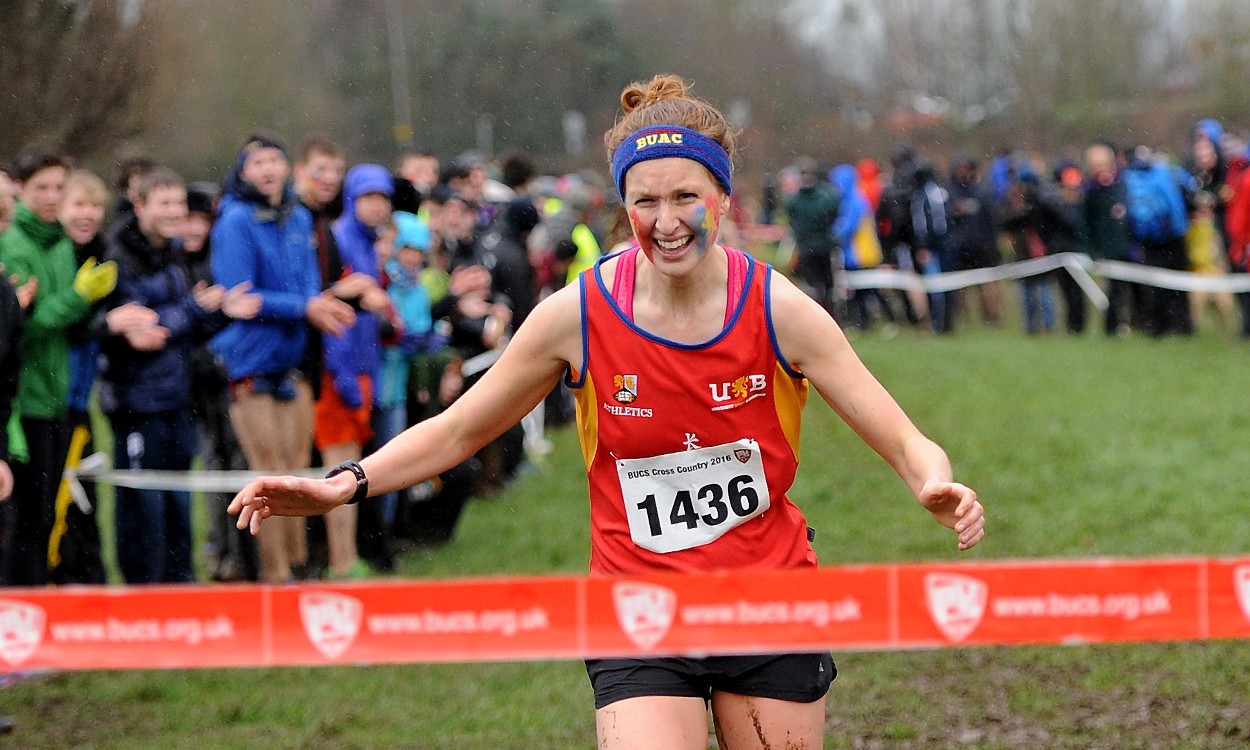 University of Birmingham swept to three of the four titles on offer at the BUCS Cross Country Championships in a wet, windy and muddy Gloucester, with Callum Hawkins providing the performance of the day, Beren Cross reports.

The 23-year-old, who has already bagged Great Britain’s Olympic qualifying standard for the marathon, conquered all before him at Plock Court, with a 59-second victory.

While the statisticians crunched the numbers which would confirm a Birmingham team victory in the men’s long race, Pippa Woolven was executing a perfectly-judged effort to win the women’s contest.

The Wycombe athlete led through a dominant Birmingham team performance, with three finishers in the top-ten securing the championship.

In the men’s B race, St Mary’s University made up for a bad day in the office with an individual win for Tom Austin and an overwhelming team result which returned three of the top-four.

University of the West of Scotland student Hawkins took the lead from the gun in the men’s long race and settled into a pack including Birmingham pair Jonathan Davies and Andrew Heyes, along with St Mary’s top man Richard Goodman.

Within the first quarter of the 10.2km race, Kilbarchan’s Hawkins had broken the field up, taking only European under-23 cross country champion Davies with him.

Five minutes later and Davies was out the back door too. Hawkins didn’t look back once and drew plaudits from around the venue for his dogged front running.

Davies took his foot off the pedal and joined up with Heyes to consolidate their position at the head of the team rankings.

The Hallamshire man edged away in the closing stages for the silver medal and Davies very nearly fell into the clutches of last week’s Midland champion Alex Brecker (University of Warwick).

Birmingham finished on 44 points, with Jack Gray in 18th and Ian Crowe-Wright in 21st backing up the front runners. St Mary’s had 78 and Loughborough University 84.

Woolven left it until the last minute to pass team-mate Rebecca Murray for the win. Murray had led for 20 of the 21 minutes spent running, but could not respond when the Commonwealth Games steeplechaser went past.

University of Bath’s Jennifer Nesbitt was third, but had been fighting with Woolven and Amelia Pettit for second-place earlier in the contest, such was the quality of Woolven’s pace judgement.

Birmingham finished on just nine points with Mari Smith backing up in sixth, with St Mary’s second on 30 and Loughborough again third, on 40 points.

In the men’s B race, Austin allowed team-mate Paulos Surafel to run away in the middle of the race only to reel him back in, in the closing stages.

Loughborough’s Jayme Rossiter separated them in second place at the finish.

» More in the Feb 11 issue of Athletics Weekly