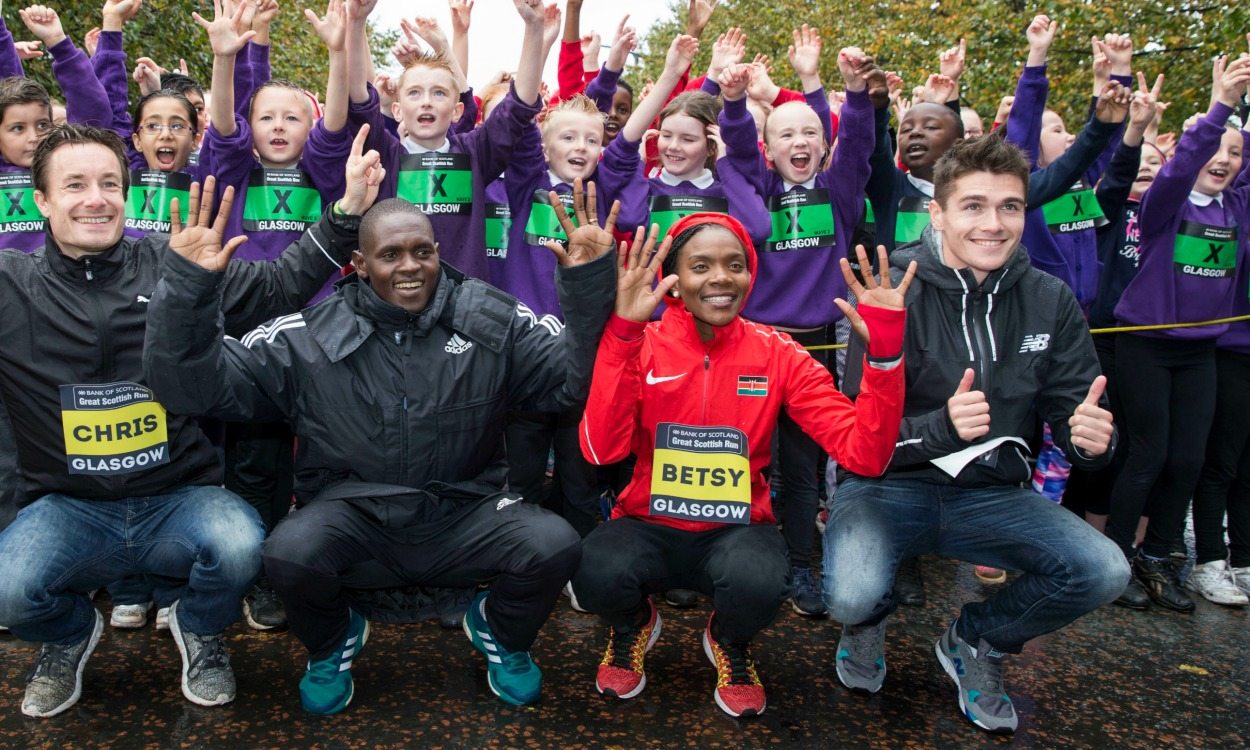 The Kenyan is looking forward to racing in Glasgow on Sunday, with Scottish star Laura Muir a source of inspiration

Betsy Saina is clear about what she wants from the Bank of Scotland Great Scottish Run on Sunday.

“I really want to run fast over the half-marathon,” grins the 28-year-old Kenyan. “It’s a great honour to run in Scotland, to go through the streets and see what’s out there. I’m really excited to see what I can do.”

Saina is on something of a fact-finding mission. Having finished fifth in the stunning, world-record pulverising, 10,000m at the Rio Olympics, she has the World Championships in London firmly in her sights next year. Before that, however, will come the small matter of making her marathon debut in the spring, probably in Tokyo.

“This weekend, I’m trying to put myself out there and trying to be competitive,” she says of a race in which the main challenge will come from compatriots Doris Changeiywo, the runner-up last year, and world marathon silver medallist Helah Kiprop. Olympian Beth Potter will be the centre of home interest. “I’ve just finished my break and I’ve been training for a couple of weeks now but I feel like I still have the fitness from Rio so we’ll see what happens.

“I’m taking steps towards the longer distance which I’ve never run before. I just want to run a good half-marathon before I start doubling it.”

Saina, a self-confessed fan of Scotland and one of the starters for the school run at Glasgow Green which kicked off the weekend’s running festivities on Friday, will head to the start line inspired by perhaps an unlikely source. The recent resurgence of athletics in the country has not gone unnoticed and her enthusiasm is clear when the name of the current British 1500m record-holder comes up.

“When I watch Laura (Muir), when she won the 1500m after Rio (in Paris) I thought ‘everything is possible’,” says Saina. “Because you see someone like Laura – she has just been training like anybody else and she has been an average athlete and then all of a sudden she’s on top of the world.

“It tells us that it’s not just Kenyans and Ethiopians who dominate the world, we can have young kids – like today, they were using the phrase ‘start like Mo Farah, finish like Usain Bolt’ and I just feel like, with those kids, you never know who might be in there (in terms of new talent), the next generation coming through. So whenever you see someone like Laura you just feel like it’s really really exciting.”